Plot Special operation of the Russian Federation in Donbass and Ukraine

During the redeployment of units involved in the Russian grouping as part of a special operation, the BMP-1AM “Basurmanin” was noticed for the first time. This is the latest modification of the well-deserved BMP-1, so let's see what advantages and disadvantages the updated vehicles have. 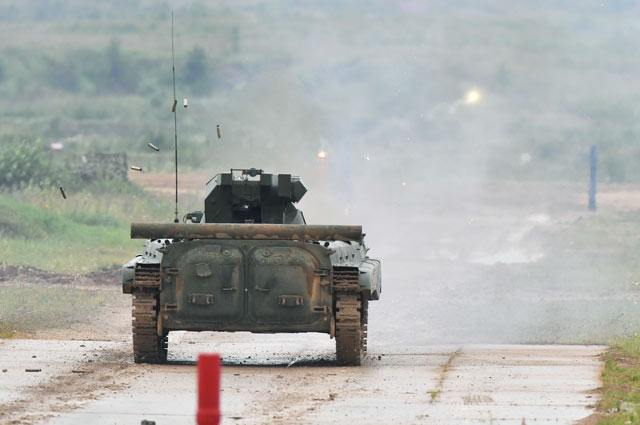 “Basurmanin” created on the basis of the BMP-1, which has the status of the world's first floating mass-produced infantry fighting vehicle. It was designed to transport personnel to the place of the combat mission, increase their mobility and security, as well as for fire support and for joint actions with tanks in battle. The BMP-1 was put into service in 1966 and was produced until 1983. The disadvantages include the vulnerability of RPGs and anti-tank systems of the enemy, as well as low resistance to mine explosions. Another minus — low elevation angle of the gun (only 15 degrees).

The BMP-1 was equipped with a single turret armed with a 73 mm 2A28 Grom smoothbore gun. and a 7.62 mm PKT machine gun. In the 60-70s, the Malyutka anti-tank complex was on the machine. with rockets of manual and then semi-automatic control.

On the modified version of the BMP-1, more advanced ATGMs of the second generation “Fagot” appeared. and “Competition”, smoke grenade launchers, more advanced fire fighting equipment. However, the experience of use in wars showed that “Thunder” largely outdated.

BMP-1 had many modifications. BMP-1AM “Basurmanin” — the most modern modernization of 2018 with the replacement of the turret with a remotely controlled weapon station from the BTR-82A. The new combat module has a 2A72 automatic gun stabilized in two planes, capable of fighting both ground and air targets. Significantly higher shooting accuracy, including on the move, is provided by the introduction of an improved TKN-4GA combined sight with a stabilized field of view. This improves combat performance, and also ensures the unification of several samples of different classes in service.

The tower is built on the basis of a bulletproof armor dome. It contains barrel and rocket systems, means of supplying ammunition, etc. The operator with his console is located under the tower, below the shoulder strap. This greatly improves its protection against all major threats.

Replacing the fighting compartment solves several problems of the BMP-1 at once. First of all, an overall increase in firepower — increased rate of fire and range. The sectors of fire also increased, including in the vertical plane. An important contribution to the overall performance is made by a modern all-day sight and a digital radio station.

The 300-horsepower UTD-20S1 engine allows you to reach a maximum speed of up to 65 km/h during highway marches. The use of new torsion bars with increased energy intensity should improve cross-country ability on different terrains.

Improved Metis anti-tank missile system it is supposed to be used to destroy enemy tanks and other mobile armored objects.

The BMP-1AM project will extend the life of the upgraded equipment by 10-12 years.

The existing car body is restored and repaired, but not seriously changed. Only minor improvements are provided, mainly related to the seats of new units. Therefore, the ballistic and mine protection of “Basurmanin” remains at the level of the base sample. In fact, a fundamental increase in protection parameters is simply impossible due to the limitations of the existing design.