Dancehall fans can expect to be ‘under vibes’ all weekend long as Tommy Lee Sparta drops the eagerly awaited video for ?”Rich Badness.” ?The “?Hard Ears?” ?hitmaker left clips and clues all week, filling his fans (and comments) with anticipation and excitement including fellow artiste Gaza Slim and selector Tony Matterhorn. The video premiere was a massive success with all that momentum, and the Everton Gentles/ Heavy Films directed piece clocked 76K views overnight, with fans predicting another trending hit.

Heavy Films has helped the ‘buddup’ king bring previous concepts for ?”Psycho”? and “B?uss A Blank?” to life, and with the feedback currently flooding in it’s not hard to see why they’re back again. His faithful following is clearly impressed with the storyline and cinematic settings the artiste chose to put his own spin on the slang. 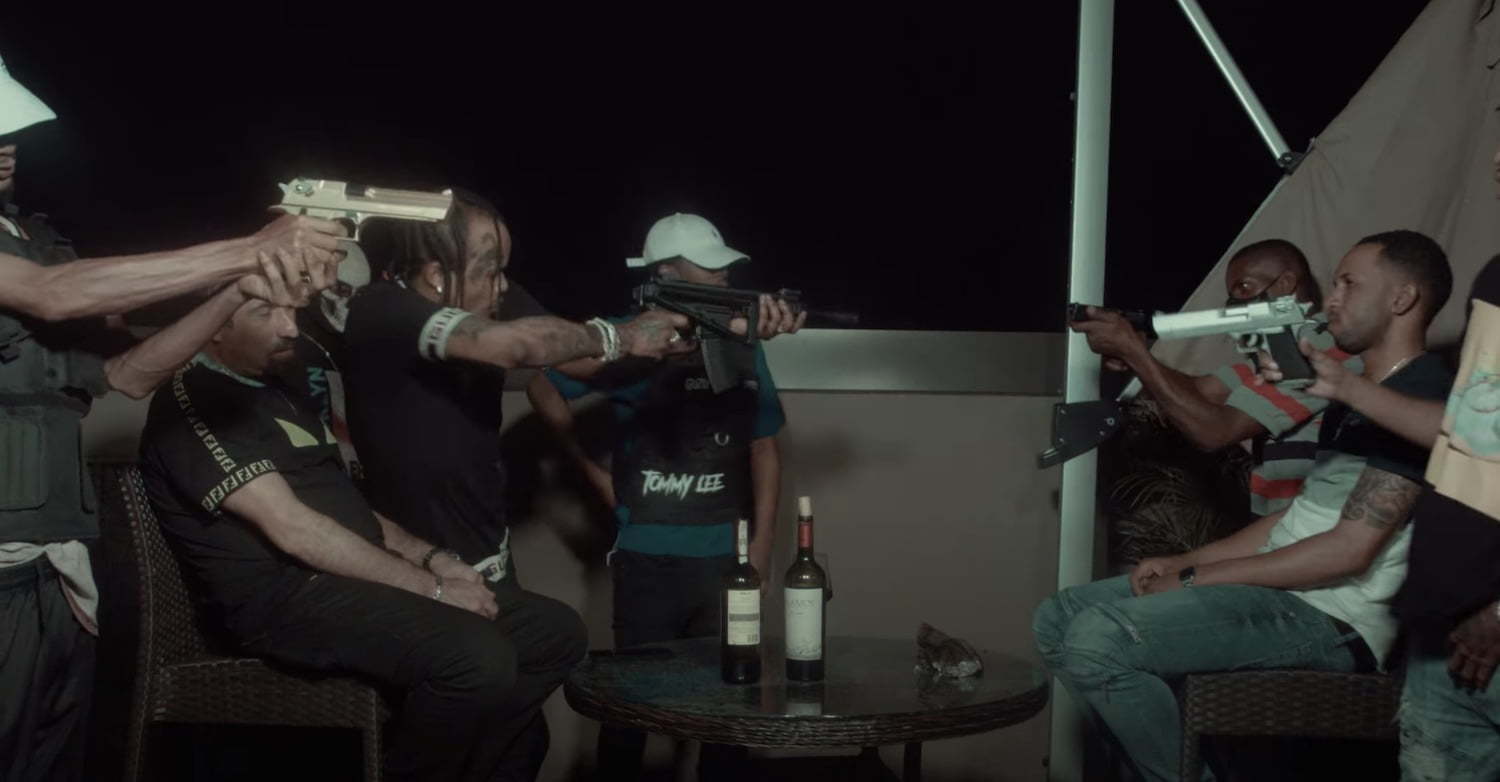 “Tommy Lee is undoubtedly the king of music videos, this epic!” commented one fan while another wrote, “Sparta don alone can entertain me wid him music video dem, dah video yah wicked!”

The ?Spartan Soldier? is known for controversy and intrigue, so ordinary visuals wouldn’t do for this fan favourite. What we get is a rich movie sequence with standoffs, shoot outs, a musical score and even a hot damsel in distress for Tommy Lee to save. In between clips, he puts his money where his mouth is, flashing plenty of jewels and all the custom made perks of the rich badness lifestyle. While we’re stuck in quarantine, Tommy Lee is as chill as the ice on a “criss Rolex” or a “pinky ring”.

We get to watch as the Flanker man does some serious stunting and find out what it takes to get into those blinging big leagues. His Instagram followers who had been hyped up all week were quick to comment their ratings and approval. “Rate d video bro g, it look like a real movie…Jah know” was among the feedback from the attentive fans who also noted the cameo by Desha Ravers. It seems that this favorable video debut just shy of June could set the tone for Tommy Lee’s summer.

With his mysterious persona and dark, spitfire lyrics, Tommy Lee Sparta has been on a winning streak since being exonerated of criminal charges in 2019. Promising a new outlook on life and approach to his craft, Sparta’s recent tracks “?Blessing,” “Shallow Grave” ?and “?Under Vibes” ?have since become massive mainstream hits.