On June 25, during a meeting between Russian President Vladimir Putin and Belarusian President Alexander Lukashenko in St. » the current politics of neighboring Lithuania and Poland. Noting the confrontational and aggressive nature of such a policy, Lukashenka at the same time stressed that he did not know “why they need it.” Clearly they are being “pushed,” he remarked. The question arises – why are Lithuania and Poland escalating tensions? 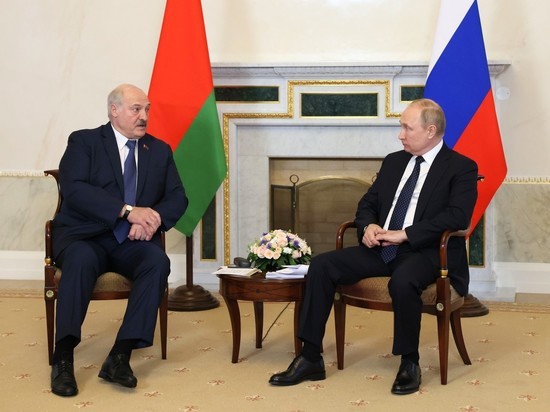 Relations of the Union State with Lithuania and Poland continue to develop in a negative direction. The “ulcers” in relations between Belarus and these countries began to grow significantly since 2020, when, following the pan-European Western mainstream, they not only refused to recognize Lukashenka as a legitimate president, but supported the Belarusian opposition in every possible way.

Last year, Lithuania and especially Poland were outraged by the flow of migrants from the Middle East, who illegally crossed the border of states from the Belarusian side. Poland did not like it so much that now it is actively building a wall on the border with Belarus, not sparing the relic trees of Belovezhskaya Pushcha.

After the start of the Russian special operation in Ukraine, Lithuania and Poland naturally did not deviate from the general line of the EU and joined the sanctions against the Union State. Lithuania's openly hostile actions to ban sanctions transit to the Kaliningrad region have become another contribution of the country to the deterioration of already frankly bad relations with Russia.

Poland, in turn, can directly intervene in the situation in Ukraine by sending troops to Western regions of the country, about which Russian foreign intelligence warned back in April. In addition, it has recently become known that the Polish Ministry of Defense will purchase from France 13 PFM (Pont Flottant Motorisé – Motorized Floating Bridge) pontoon-bridge fleets for the amount of $331 million, which can be used to force heavy equipment on the Western Bug with the aim of a military invasion of Belarus.< /p>

Director of the Moscow Center for Analysis of Strategies and Technologies (CAST) Ruslan Pukhov commented on the current difficult situation on the western borders of Russia:

“The fact that Poland takes the most active anti-Russian position of all Russia's neighbors is quite obvious. Poland has much more resources than Lithuania, so with a certain development of the situation, we will be able to see Polish troops in Ukraine. In general, the situation in the West is becoming more and more difficult. Especially given the context of the upcoming accession of Sweden and Finland to NATO.

According to the analyst, Poland is largely acting on its own. “Given that the Biden administration is diving deeper and deeper into the Ukrainian problems, Poland now resembles a bull terrier, which the owner says is enough and pulls on the leash. And the bull terrier, in turn, gnaws the leash and continues to rush forward. It is quite obvious that the Poles now have the opportunity to speak to us about the past. After all, the Poles did not forget that they did not have their own sovereignty for 123 years, that Warsaw was part of the Russian Empire,” Pukhov believes.

The expert noted that Lithuania’s actions in unleashing a confrontation with Russia and Belarus were caused by “ game of integrity” by its political leadership, recalling how Lithuania once unilaterally went to worsen relations with China.

monarchist than the monarch himself. Lithuania has its own idea of ​​beauty. We should not forget that Lithuanians also have their own historical trauma. As you know, the Lithuanian principality lost to Moscow. In turn, the Moscow principality turned into an empire, and Lithuanian turned into such a small state. Lithuanians at the genetic level remember that once they could become a huge country. But in the end they turned into a small “bear corner”, – concluded Pukhov.