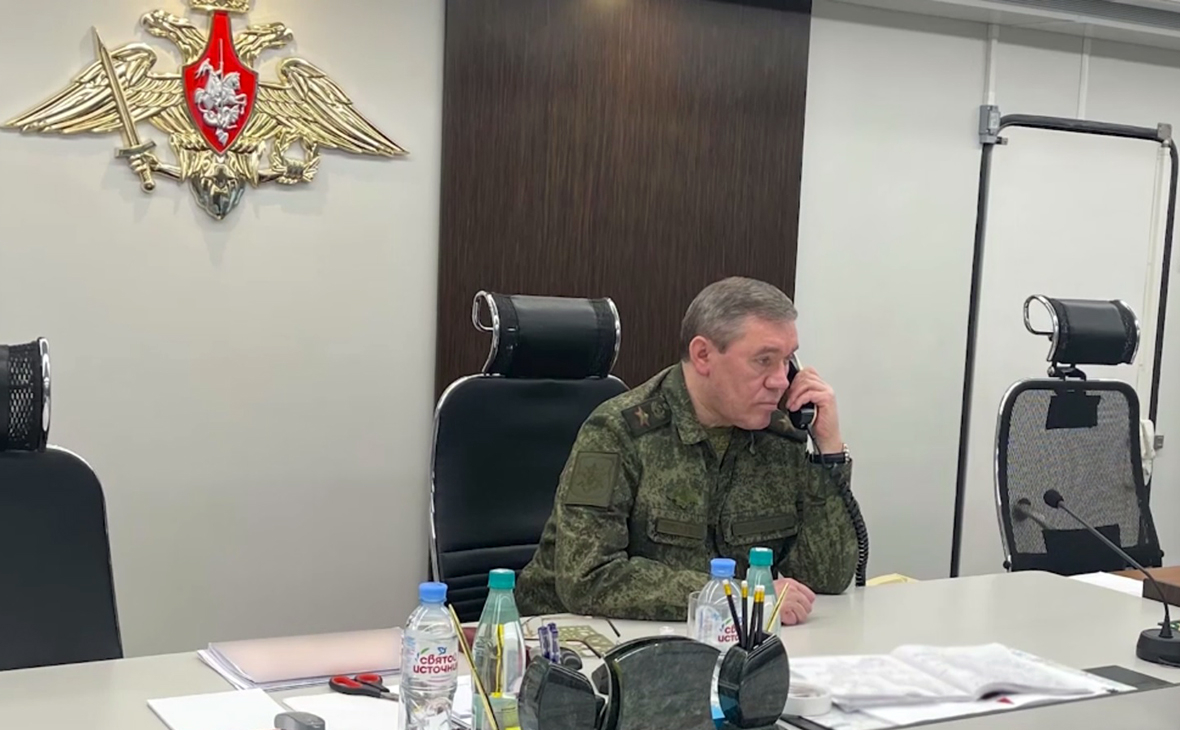 Chief of the General Staff of the Armed Forces, First Deputy Head of the Ministry of Defense, General of the Army Valery Gerasimov checked the groups of Russian troops participating in the special military operation in Ukraine, the press service of the department reported.

The commanders reported to the commander on the use of troops during the special operation and on the combat support of the groupings. Gerasimov paid special attention to “the use of automated combat control systems in the course of hostilities in the interests of building up the strike capabilities of interspecific groupings of troops,” the report says.

Earlier, on June 26, the Russian group of troops involved in the special operation in Ukraine was inspected by Defense Minister Sergei Shoigu. The minister also heard reports from the commanders on the current situation and the actions of Russian forces in the main directions. In addition, Shoigu discussed the organization of “comprehensive support for hostilities”; and the creation of the necessary living conditions for the Russian military at temporary deployment points and presented them with state awards.

At the end of June, the Russian Ministry of Defense announced the names of the commanders of the groupings of troops in Ukraine for the first time since the beginning of the special operation. The Southern Group of Forces is led by the Commander-in-Chief of the Aerospace Forces, General of the Army, Hero of Russia Sergey Surovikin, and the formations and military units of the group of forces “Center” operate under the leadership of Colonel General, Commander of the Central Military District Alexander Lapin.

Russia has been conducting a military operation on the territory of Ukraine since February 24. President Vladimir Putin said that it was necessary to protect the civilian population of Donbass from “genocide”, “denazification”; and demilitarization of Ukraine. On June 2, the head of Chechnya, Ramzan Kadyrov, said that Shoigu, during a meeting with him, defined new tasks for the Russian military operation in Ukraine, which “imply improving further tactics.”