Former German chancellor Gerhard Schroeder sued the Bundestag over lost privileges Parliament deprived the former German chancellor of such a privilege in May, after criticism that Schroeder did not break business ties with Moscow after February 24< source srcset="https://s0.rbk.ru/v6_top_pics/resized/800xH/media/img/2/71/756602844060712.webp 800w" type="image/webp" media="(max-width: 400px) and (-webkit-min-device-pixel-ratio: 2), (max-width: 400px) and (min-resolution: 192dpi)" > 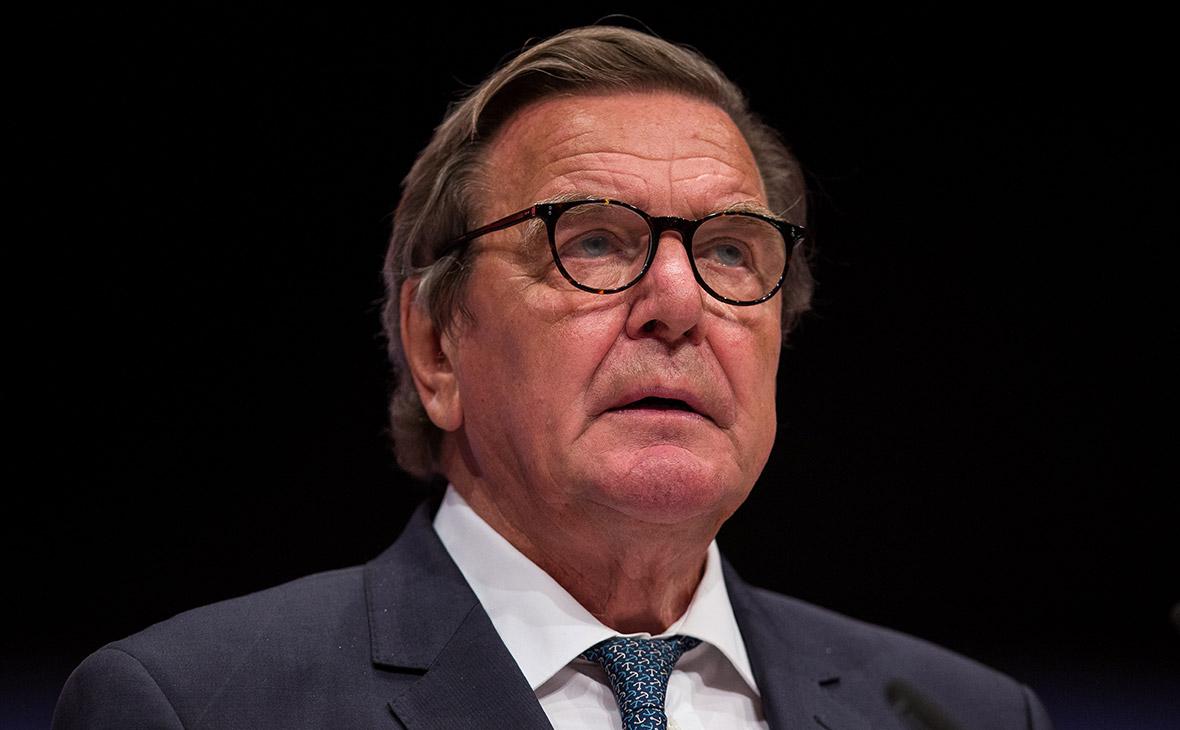 Former German Chancellor Gerhard Schroeder sued the country's parliament, demanding the return of partially revoked privileges to him. This was reported to the DPA by the lawyer of the ex-head of the German government, Michael Nagel, reports Spigiel.

According to Nagel, the lawsuit was filed with the administrative court of Berlin. Schroeder demands that he be given an office and employees again.

Lawyers for the ex-chancellor believe that the decision of the budget committee of the Bundestag to reduce funding for the Schroeder bureau and suspend its work is illegal. “Former Federal Chancellor Gerhard Schröder is said to no longer have so-called official duties after his resignation. However, it does not specify what these “official duties” really are, how to determine compliance or non-compliance with them, and what procedure should be applied in the latter case, — the lawyers said in a statement quoted by the DPA.

On this basis, lawyers conclude that the real reasons for such a decision were different, which is unacceptable in a rule of law state.

Schroeder was Chancellor of Germany from 1998 to 2005. After his retirement, the ex-chancellor received a pension of €8300 per month, as well as an office, assistants, a secretary, security and a driver.

After his resignation from his post, and especially after the start of Russia's special operation in Ukraine, Schroeder was repeatedly criticized for continuing to maintain business ties with Moscow— since 2017, he has been a member of the board of directors of the Rosneft company; and was chairman of the shareholders' committee of Nord Stream 2 AG, operator of the Nord Stream 2 gas pipeline.

Read on RBC Pro Pro How to get money from the sale of real estate in Russia while abroad Instructions Pro Why the benefits of veganism are often exaggerated and why it is dangerous Articles Pro x The Economist The mystery of Ghana: how the country with the most paradoxical economic model lives cog”: what it's like to work at Microsoft – in 5 points Articles Pro Who are inverse paranoids and why they succeed at 4.15 am Articles Pro Bypassing sanctions: how to securely transfer money abroad or to Russia Articles

In May 2022, the Bundestag Budget Committee withdrew some of the privileges of the former head of government, abolishing his staff and suspending his office. In order to deprive Schroeder of state funding, German Finance Minister Christian Lindner called before that. He explained this by the fact that, despite the military special operation, Schroeder continues to maintain business contacts with Moscow. “It is no longer conceivable to me that his office should be funded by taxpayers,” — said Lindner.

Acting German chancellor Olaf Scholz, who supported the May decision of the Bundestag to deprive Schroeder of his office as “logical”, urged the ex-chancellor to leave the posts that he held in Russian state-owned companies.

The budget committee in 2021 estimated staff and travel costs for Schroeder's office staff at €419k— without taking into account the cost of rent and maintenance of office space. In total, four people worked in the office of the former chancellor, shortly before the funding cuts, they resigned, the Frankfurter Allgemeine Zeitung newspaper reported. At the same time, the Bundestag retained the pension and protection of the former chancellor.

Schroeder left the board of directors of Rosneft; May 20. The company said they were sympathetic to his decision. The ex-chancellor also turned down an offer to join the directors of Gazprom.

He said earlier that a country like Russia cannot be isolated for long, and that in the long term German industry needs Russian resources— not only in oil and gas, but also in rare earth elements. According to him, after the special operation in Ukraine, the West will have to interact with Russia again.

At the end of July, Schroeder came to Moscow. He himself said that he came to the capital of Russia on vacation, although the ex-chancellor's wife told reporters that he was not on vacation, but was negotiating energy issues. The Kremlin later confirmed that Schroeder had met Russian President Vladimir Putin in Moscow.