Madrid summit to be overshadowed by allied strife

US President Biden is flying to Europe on Saturday to attend the G7 and NATO summits. At the Madrid meeting of the leaders of the North Atlantic Alliance, it is planned not only to discuss the directions of further policy towards Russia and China, but also to announce the strategic restructuring of the bloc and its strengthening on the eastern borders. And the stubbornness of Turkey, which does not let Finland and Sweden into the NATO ranks, will become a fly in the ointment. 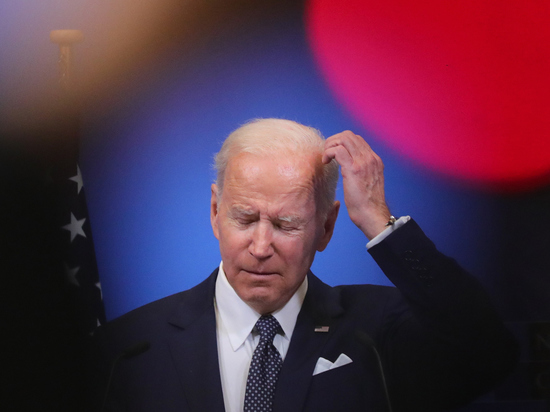 Scheduled for June 28-30, NATO's Madrid summit is set to update the Alliance's Strategic Vision 2030 – and given the context in which the meeting will take place, this event is considered the most important event in the history of the bloc this century.

NATO Secretary General Jens Stoltenberg announced that the led organization would declare Russia “no longer a partner, but a threat” and describe China as a “challenge” to NATO interests, values ​​and security – that is, Russia and China will swap places in the “anti-rating” of the Alliance. There are also intentions to consider another “comprehensive assistance package” to Ukraine (it may include, among other things, equipment to counter Russian drones and to ensure secure communications).

And here is a completely new one – the desire to carry out the largest restructuring of NATO's entire defense policy since the Cold War, including a sharp – many times – increase in the number of rapid reaction forces, which now number 40,000 “bayonets”. According to Sky News military sources, this force will probably grow six times. That is, this may mean an increase to approximately 240,000 troops. However, other sources believe that the change in numbers will be more modest in reality.

It is also planned to consider during the summit an increase in the number of missions to “hold Russia” on the eastern and southeastern flanks of NATO. True, as expected, most of the military personnel allocated for it should be based in their countries, and should be deployed only if necessary.

General Secretary Jens Stoltenberg recently told Politico that the allies would agree to “strengthen the battle groups in the east to brigade level” (which could be between 3,000 and 5,000 men). Missions on NATO's eastern borders have been established in Poland, Romania, Slovakia, Hungary, Romania, Latvia, Lithuania and Estonia. Western allies, including Britain, the United States, Canada and Germany, have already allocated their military there. But both London and Berlin admit that their military men assigned to these missions will be partially based in their homeland.

In anticipation of the increased presence of the allies, the Baltic republics are not shy in their expressions. Sky News quotes Kusti Salm, a senior civilian official from the Estonian Ministry of Defense, as saying that the presence of NATO forces would serve as a kind of signal against a possible (from the point of view of the same Balts) attack from the east: “Russia can read from him that even if if they tried, they would be wiped off the face of the earth in the first few hours.”

NATO's new “strategic concept” (essentially a plan of action for the threats and challenges facing the Alliance) will not only be driven by the confrontation with Russia, but is expected to include issues related to China (including its economic activity), climate change, cyber warfare and the development of space capabilities.

The Madrid summit could be (but obviously will not be) a meeting at which the North Atlantic Treaty Organization would be replenished with two new members – Sweden and Finland. However, shuttle diplomacy between Ankara, Stockholm and Helsinki has not yet brought results.

Erdogan firmly stands on the requirements for the Nordic countries to stop supporting structures that Turkey considers terrorist (we are talking primarily about Kurdish groups), as well as to lift any embargo directed against the Turkish “defense industry”. So the Swedish and Finnish leaders at the summit, apparently, will have to be content with the role of guests, not full-fledged participants. Read the details in the article “Erdogan's target: the name of the woman who impedes Sweden's entry into NATO has been named.”

However, Turkey's claims are not limited to the Swedes and Finns. On the eve of the Madrid meeting, the Turkish press gives “advice” to NATO allies on how to strengthen solidarity within the bloc. Ankara expects more support from the Alliance in the fight against both the Kurdistan Workers' Party and the US-based Islamic theologian Gülen's movement enrolled in a host of terrorist groups. Here the Turks remind NATO leaders of the strategic importance of their country, located “between Europe, Russia, Iraq and Syria.” In a word, Erdogan has good cards in his hands, which opens up great opportunities for him to bargain with partners in NATO games.

Turkey's old rivals in the face of Greece also add fuel to the fire of the allies' contradictions. Media reports indicate that Greek Prime Minister Kyriakos Mitsotakis intends to redouble his anti-Turkish campaign, which he launched in Washington. And Erdogan has already promised that he will not leave unanswered attacks from Athens.

All this gives experts reason to believe that, due to the burden of accumulated disagreements, NATO will be divided at a time when the allies, it would seem, need show solidarity.

Actually, one of the main missions with which Biden goes to Europe is to keep partners and friends in the G7 and NATO from spreading. If back in the spring the Western alliance, cemented by a general negative reaction to the Russian operation in Ukraine, seemed monolithic, now, as the conflict continues, cracks are more and more clearly visible in it.

Although Stoltenberg calls Russia a “threat” to the West , in European capitals realize that they still have to live with it. Even the visit of four European leaders (the German Scholz, the French Macron, the Italian Draghi and the Romanian president who joined them) to Kyiv, conceived as a demonstration of solidarity with Ukraine, could not hide differences in Europe over what to do next with Russia: try to negotiate or give the Ukrainians more heavy weapons.

Of course, the NATO leadership with Biden at the head will make every effort to iron out differences within the bloc, but it is unlikely that the Madrid summit will be held in an atmosphere of friendship and complete mutual understanding.