“The break with the West is being cemented”

Washington continues to increase pressure on Moscow against the backdrop of a Russian special operation in Ukraine. In particular, the possibility of including Russia in the US list of countries sponsoring terrorism is being discussed. The expert told whether the United States is ready to take such a step, how it threatens the Russian side and what consequences it will bring for the world. 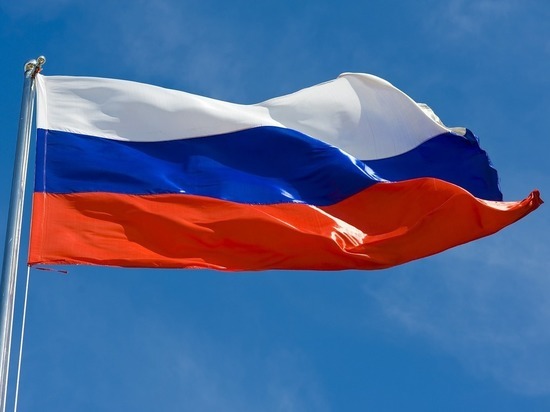 United States Secretary of State Anthony Blinken said Wednesday, April 27, that Washington is considering including Russia in the list of countries sponsoring terrorism in the light of events in Ukraine. At the same time, he noted that he could not yet say whether the criteria of national legislation would allow the US administration to take such a serious anti-Russian step.

“Lawyers are looking into this so that we actually meet the legal requirements for being listed,” – he said.

The head of the American Foreign Ministry also voiced a version according to which the Russian Federation allegedly “terrorizes” Ukrainian population by conducting a special operation there.

Meanwhile, the official representative of the Russian Ministry of Foreign Affairs, Maria Zakharova, called the US initiative to recognize Russia as a state sponsor of terrorism – “a measure of an idiotic nature.” She stressed that such actions will rebound on Washington.

“All the measures that they take, even of such an idiotic nature, will be developed and continued. We, of course, leave nothing unanswered, and they must understand this, – assured the Russian diplomat.

According to the current rules, in order to recognize a state as a sponsor of terrorism, the US Secretary of State must present facts that the government of this country has repeatedly supported international terrorism. Currently, this list includes four states: Iran, North Korea, Syria and Cuba.

Most recently, in 2020, Sudan was excluded from it – after the authorities of an African country transferred $335 million in compensation to the families of victims of terrorist attacks in the United States.

If Russia is nevertheless recognized by the American administration as a sponsor of terrorism, this will entail a ban on arms exports and restrictions on foreign aid. Meanwhile, according to experts, such a step by the State Department would rather be declarative, since after the start of the special operation in Ukraine, most of the trade with the Russian Federation was already heavily sanctioned.

“The status of a country sponsoring terrorism can lead to long-term isolation of the Russian Federation from the West, – comments “MK” Aleksey Makarkin, First Vice President of the Center for Political Technologies. – By and large, it does not give anything additional & nbsp; in comparison with what is already there. However, it will be quite difficult to remove it. A radical change in the country's policy is needed. Therefore, if the United States nevertheless takes this step, it will be difficult for the same Western companies to return to the Russian market in the foreseeable future, to put it mildly.

The second point is that states planning cooperation with a sponsoring country of terrorism will do so with some care and caution. They will have to constantly reckon with the opinion of the United States in order not to fall under any secondary sanctions themselves.

This is not only about the Western states, but also about China and India, which are largely dissatisfied with this, and for different reasons. However, they cannot ignore this position due to the peculiarities of the global world.

Speaking about possible retaliatory measures from the Russian Federation, the expert recalled that at one time the Soviet Union accused the United States of state terrorism, in particular, after the American attack on Libya.

“Now we are back to the Cold War, and much more complex than before, – the expert continues. – Previously, it operated within certain limits, which were established after the Cuban Missile Crisis. Now these limits do not exist. They, apparently, only have to be once formulated. However, this is unlikely to happen in the foreseeable future, as there is now a phase of acute confrontation. Therefore, I do not rule out that Russia (by analogy with the experience of the USSR) may also declare the United States a state sponsor of terrorism.

According to the political scientist, now everything will depend on the overall development of the situation. Therefore, while talk about recognizing Russia as a sponsor of terrorism – after all, a means of pressure from the United States. However, in the event of further escalation, this may well become a reality.

“You need to understand that declaring the Russian Federation a sponsor of terrorism carries certain risks for Moscow, – noted Alexei Makarkin. – This will mean that the break with the West is “cemented”. Washington also has less room for maneuver. It will be much more difficult to build relations with the Russian Federation.