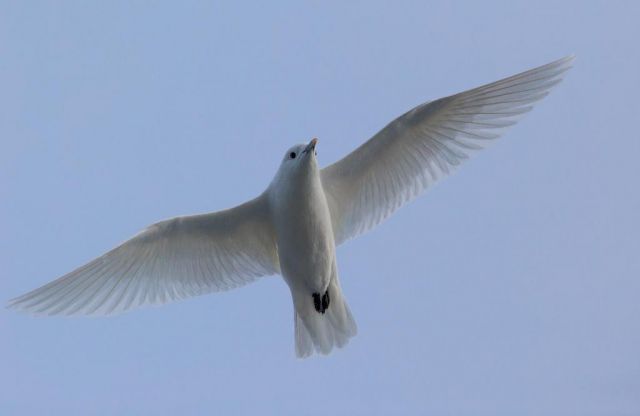 The expedition organized by the Arctic Research Center of Rosneft and the Arctic and Antarctic Research Institute, went to the northeastern part of the Kara Sea to continue observing the ivory gull population. These studies began back in 2020.

Scientists will conduct research on this rare species of seabirds on Vize Island during the entire nesting period — about two months. Specialists plan to collect data on feeding habits, the number of birds, and migration routes.

Caring for the environment — one of the key priorities of Rosneft's activities. The company implements a number of initiatives aimed at the conservation and restoration of natural resources, as well as the study of arctic animals — the most important bioindicators of the state of the environment. Since 2020, the company has been implementing a targeted innovative project “Assessment of the sustainability of Arctic ecosystems based on a study of the dynamics of the state of key species”.

The expedition program includes complex work to determine the state of health of the population, as well as to obtain information about the features of the spatial distribution of the species. Scientists plan to install camera traps and conduct a visual inspection of bird colonies. The data that will be received this year will make it possible to assess trophic relationships, improve the method of systematic monitoring, and also fill the gap in scientific knowledge about the ivory gull in the Russian part of the range. The results of the research will contribute to the conservation of this rare species.

“Rosneft” implements a corporate program for the study, conservation and monitoring of key species — bioindicators of sustainability of Arctic ecosystems: polar bear, Atlantic walrus, wild reindeer and white gull — a rare species of gulls, listed in the Red Book of the Russian Federation. Ivory Gull — a rare and protected species, is the smallest and endemic species of Arctic seabirds with a limited breeding range. Most of the world population breeds in Russia from Svalbard east to the Laptev Sea. It is included in the Red Book of the Russian Federation and the Red List of the International Union for Conservation of Nature.

The white gull constantly lives in the Arctic. They even say about her that this is a polar bear, only in feathers, she is so closely connected with high latitudes. Even the population size is comparable to the most important polar predator and they often live side by side.

Remoteness and inaccessibility of habitats and nesting of the white gull, uneven distribution within the range of — this affects the fragmentation of information about the abundance of the species and its dynamics, territorial relations and population structure.

Isolated gulls are characterized by movements during the non-breeding period. She is a typical sea bird, coming out on land only during the breeding season. Young and non-breeding birds stay exclusively in the sea and widely roam the waters of the Arctic Ocean within the zone of distribution of drifting ice.