On the territory of the Azot industrial zone in Severodonetsk, all the hostages were released, said LPR Ambassador to the Russian Federation Rodion Miroshnik. Only on Monday, June 27, the combined forces of the Russian Federation and the LPR took 500 civilians out of the plant. Most of them were delivered to the distribution point in Starobelsk. But a third of the townspeople decided to stay in Severodonetsk in order to take part in the restoration of the city.

Maxim Grigoriev, chairman of the International Public Tribunal for Ukraine, member of the Public Chamber of the Russian Federation, told MK about what they had to endure. 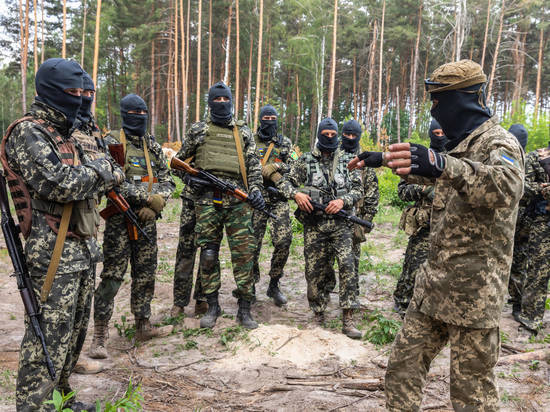 — We have collected a lot of evidence that Ukrainian troops and national units used civilians as hostages, which is a war crime, — says Maxim Grigoriev. — People were not physically allowed to leave the enterprise. So they said: “Try to escape from Azot” — we will bury you. Behind the fence you have only one road — at the cemetery. They put heavy equipment right at the entrance to the bomb shelter and basements. They were covered by civilians, like a human shield. For any disobedience — threatened to kill. They were not told about any humanitarian corridors organized by the Russian army together with the LPR.

Video of the bunker at Azot: a civilian showed life

Watch the video on the topic

— Civilians were at the plant in different places, sitting not only in bunkers, but also in the basements of workshops and in various technical rooms. The territory of “Azot” huge, covering an area of ​​about 500 hectares. The workshops are scattered on an industrial site of 3 by 2.5 kilometers. During hostilities, it is difficult to control the entire territory.

I want to note that not all Ukrainian military behaved like scoundrels. Among them were those who did not lose the remnants of conscience. They, as a rule, were not from the leadership, but simple, demobilized soldiers. We were told that one of them went to meet the prayers and requests of women, let them go with their children from the territory of the enterprise. They went out in small groups. There were also such cases.

— Evacuation from the farthest areas of the plant from the city was difficult because of the shelling. The Ukrainian military attacked the industrial zone from Lisichansk, from the opposite, high bank of the Seversky Donets. It was possible to slip there only in cars, on which people were delivered food, water and medicines.

Cleansing operations were going on at the plant itself, the Ukrainian units, retreating, left a lot of mines, traps and stretch marks. The militants of the national units hid in the labyrinths of workshops and communications. When the combined allied troops entered there, they began to shoot at them from behind the backs of civilians. We know many examples when the “Azov” and «Aidarovtsy» (organizations banned in the Russian Federation) threw away their uniforms, dressed in civilian clothes and tried to mix with civilians.

— There was some kind of food supply in the bomb shelters. People brought some food with them. There were separate cases when the Ukrainian military shared with civilians stocks of food from among those that were stolen from the destroyed shops.

We were told about cases when people, at their own peril and risk, managed to get out one by one from the factory in order to find some food in the city and bring it to the basement. Women from among the hostages said that they ate mainly rice and canned food. Someone managed to bake something like cakes from the remnants of flour. They divided each of them into small parts so that everyone got a piece. There were those who ran out of food and were starving.

They drank mostly industrial water. Of course, there was nothing good in it, it was musty, but there was still water.

— The underground rooms were damp. At some point there was no electricity. The people sat in the dark. The children caught a cold, got sick.  But there were no medicines. Older people who ran out of life-saving medicines simply died in basements without medical care. One man lost his leg due to complications from diabetes. He ran out of insulin, and the militants did not let him out of Azot. People said that when they saw that the fighters of the Russian army and the LPR were entering the basement, they cried with happiness.

— For those who want to leave, buses are provided, they are helped to transport things in army Urals. I talked with many people in Severodonetsk, many of them want to stay at home, take part in the restoration of the city and the enterprise.