According to polls, many US residents are ready to use weapons in a political conflict at home

A real premonition of civil war, according to opinion polls, reigns in the United States. 50.1% expect to see a second US Civil War in a few years. And more than 40 percent of respondents prefer a “strong leader” to democracy and are of the opinion that the country is being swallowed up by immigrants. University of California researchers say survey results exceeded 'worst-case expectations' 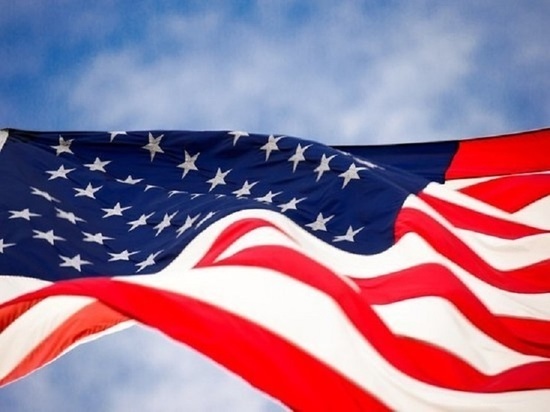 Half of Americans expect to see a second US Civil War in a few years, and almost a fifth of respondents say they themselves might one day take up arms in a political standoff, according to a disturbing new study of the country's deepening divisions.

According to the Daily Mail, researchers at the University of California, Davis have identified alarming levels of “alienation,” “distrust,” and the growing propensity for violence in a recent survey of 8,620 adults across the United States.

More than two-thirds of respondents said they see “a serious threat to our democracy,” and 50.1% of Americans polled agreed with the statement that “in the next few years there will be a civil war in the United States.”

Over 40 percent said having a “strong leader” is more important than democracy and that “natural white people are being replaced by immigrants” – a racist belief known as the “Great Replacement Theory” notes the Daily Mail.

Garen Wintemuth, a public health expert at the University of California, who warns of increase in U.S. gun ownership and led the study, admits its findings were “pretty grim”; and “exceeded our worst expectations.”

Nevertheless "ground for hope" persists because the majority of respondents “completely rejected political violence,” Wintemute added. However, he stressed that the study was a wake-up call for people to “realize the threat”; and reacted to it.

The 42-page report describes “continued alienation and mistrust of American democratic society and its institutions.”

“Significant minorities of the population approve of violence, including fatal ones, to achieve political goals,” – says a report on the results of a study following a series of mass shootings in the United States, including the May murder of 10 black people in a grocery store in Buffalo, New York, by an alleged white militant who wrote an article in support of the “great replacement theory”.

Other key moments of violent culture wars in America were the Capitol riot on January 6, 2021, the killing of two people by Kyle Rittenhouse during an anti-racism protest in Wisconsin in August 2020, and frequent clashes between police officers and Black Lives Matter activists.< /p>

A similar survey by Tulchin Research and the Southern Poverty Law Center last month found that 44 percent of Americans said the US was headed for another civil war.

YouGov poll on The last week also revealed growing calls for the breakup of the US. A third of former President Donald Trump's Republican fans said they would be “better off” if their state broke away and became an independent country. Another 29 percent of Trump fans said such a secession would leave them “in a worse position.”

As the Daily Mail recalls in this regard, more than 600,000 soldiers died during the American Civil War of 1861-1865, when the southern states fought to secede from the Union and keep their plantation slave economy.