But first of all, they are beneficial to himself

Erdogan took up shuttle service – but, of course, not in the sense that first comes to mind to a former citizen of the USSR who survived the nineties. A small trader who carries trunks of goods from the market in Istanbul to post-Soviet cities is not the only meaning of the word “shuttle”. 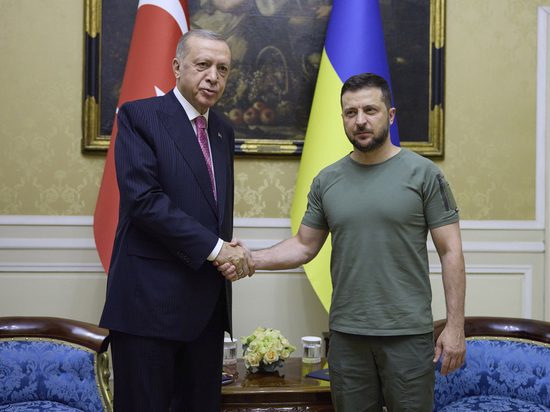 Since the 70s of the last century, shuttle diplomacy has also been known: constantly plying between Israel and Arab capitals, the then US Secretary of State Henry Kissinger managed to achieve pacification of Cairo and Tel Aviv.

What times – such are the Kissingers. On the eve of the arrival of the Turkish leader in Lviv to meet with Zelensky, leaks appeared in the media of his country: Erdogan wants to achieve a temporary truce between Moscow and Kyiv and organize a meeting between Putin and Zelensky.

Zelensky immediately reacted: he was ready for such a rendezvous only after the withdrawal of Russian troops from the territories that Kyiv (unlike Moscow) still considers its own.

Erdogan's shuttle diplomacy ended as soon as it began? Not so fast, ladies and gentlemen! In fact, the Turkish leader achieved significant success in Lvov, though beneficial primarily for himself.

Volodymyr Zelenskyy following his conversation with Erdogan: “The visit of the President of Turkey to Ukraine is a weighty message of support from such a powerful state… I am sure that further cooperation between Ukraine and Turkey will strengthen both sides.”

Are you sure? Doesn't the President of Ukraine, for example, get embarrassed by the following statements of his Turkish counterpart at Erdogan's meeting with Putin in Sochi on August 5: “Our delegations met, these meetings were productive. It concerns economic, trade, all our areas. Many issues were discussed in all these areas, and now, after all these issues, we can say that we will probably put an end to this. I believe that we will open a new page in our Turkish-Russian relations”?

Many in the West were definitely very embarrassed by this. Some leading British and American media even managed to signal to Erdogan: not good, friend! You can run into sanctions!

For example, the influential American online publication Politico, citing a high-ranking official, wrote that the US government may recommend that the business of its country reconsider its relations with Turkey if the “new page of Russian-Turkish relations” turns out to be especially rich: “Turkey should be a global destination for business and capital, but closer relations with Russia will create real risks for Turkey's integration with the rest of the world.

Don't be afraid, “American comrade” will not be created! Erdogan will not allow this! Zelensky himself had just given him an indulgence, thanking him for the “significant message of support.”

This, of course, looks very ambiguous: the Ukrainian leader is like a deceived wife who knows perfectly well that her faithful one has another, but diligently pretends that there is nothing of the sort. But these are Zelensky's personal problems. You can't be more “pro-Ukrainian” than the Ukrainians themselves, right?

Actually, it's wrong. From the US point of view, Ukraine is just a tool with which to “hack Putin's Russia.” But this does not negate the importance of Erdogan's visit to Lviv. Having agreed with Putin in Sochi on economic issues, Erdogan tilted the “ship” of Turkish foreign policy in one direction. Having sent a “weighty message of support” to Ukraine during his conversation with Zelensky, he tilted it in the other direction. The balance has been restored. We can swim further!

Has our urchin ripened everywhere? And it's good that he has matured – good not only for Erdogan himself, but also for Russia. The President of Turkey is pursuing a highly selfish and opportunistic foreign policy. But in the current situation, even this is in the interests of Moscow. And this is also in the general interest.

“The theme of the Zaporizhzhya NPP is actually not accidental. First of all, the International Atomic Energy Agency should keep a close eye on this work and take on a certain amount of work on what needs to be done… Because it's a threat. When I said “We don't want to experience another Chernobyl” I meant it.

We will discuss this issue with the distinguished Mr. Putin, and we will specifically ask him that Russia contribute in this regard as an important step towards world peace,” the Turkish President told reporters on the plane, returning from his rendezvous with Zelensky.

And he will definitely discuss this with “dear Mr. Putin.” And it is even possible that “dear Mr. Putin” will be receptive to Erdogan's ideas, and together the two leaders will be able to work out some kind of compromise solution.

And the fact that the Turkish leader has not yet been able to organize a meeting of the presidents of Russia and Ukraine should be taken in perspective. Kissinger also did not succeed all at once. Shuttle diplomacy is called shuttle diplomacy because it requires a lot of time, a lot of traveling and a lot of effort. Seriously, Erdogan's shuttle diplomacy has just begun.

Zelensky's strange handshake with Erdogan and Guterres: footage from Lviv 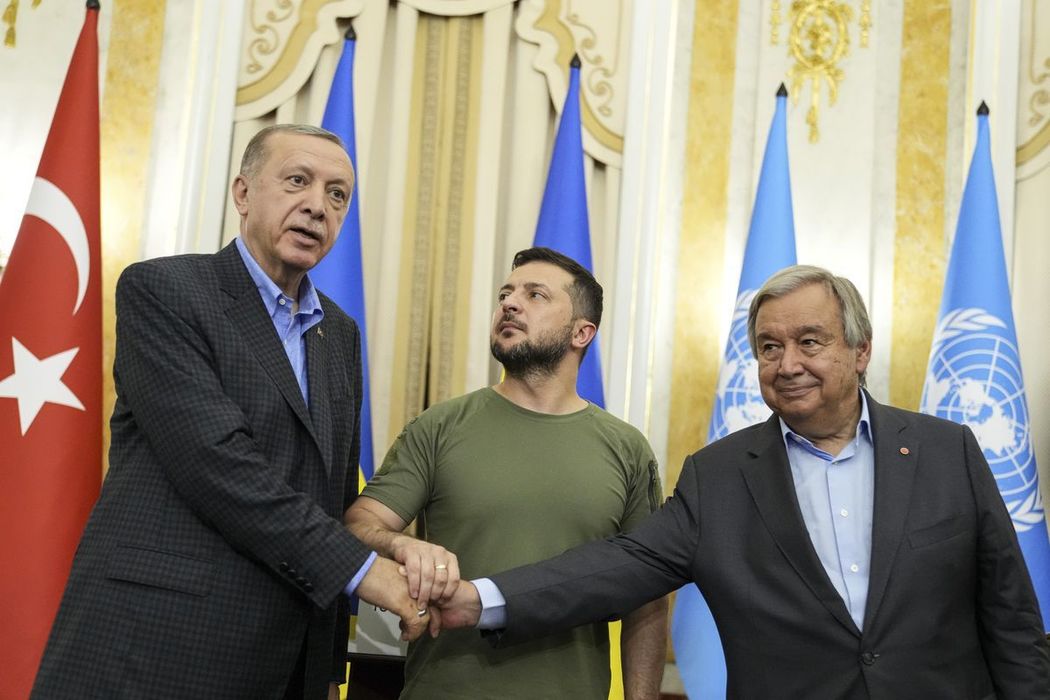