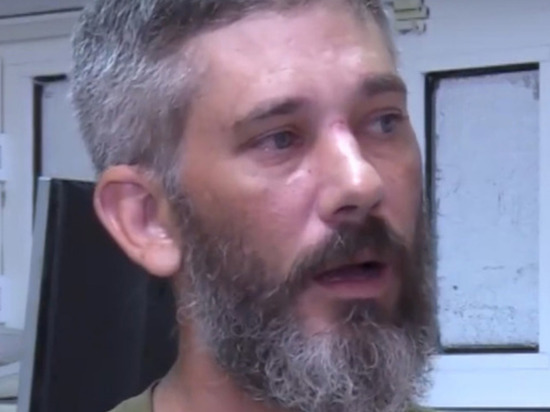 In the photo: Alexander Dryuke. Photo: Frame from the video

American mercenaries Andy Hyun and Alexander Dryuke from the Baguette unit told about the fighting near Kharkov and about the attitude of the Russian military towards them. This is reported by the site KP.RU.

The only battle with the Russian army ended in captivity for them. According to Hyun, on that day, a real mess and chaos reigned in the forest near Kharkov, their crew was constantly transferred from place to place, command and control was lost.

The grenade launchers saw a small formation of Russian armored vehicles, fired and did not hit. Armored vehicles turned around and followed the infantry on the attack. And then the citizens of the USA were in for a real surprise – they were left to cover the flight of their comrades.

Hyun thought it would be a reconnaissance mission, but it became a combat one. "Our last task — cover for the retreating Ukrainian troops. And they just abandoned us, "  shared the details of an American mercenary.

As a result, "soldiers of fortune" left their position, got lost in the forest and were taken prisoner, running into a Russian checkpoint. Former marine Hyun admitted that the Russian soldiers treated them like human beings.

"They treated them normally, even warmly. They asked and fed. If I return home, I will maintain a friendly attitude towards Russia, "mdash; said his"colleague" Dryuke, adding that they were victims of Western propaganda and would never have come to Ukraine.