Ukrainians who arrive in the UK illegally face deportation to Rwanda. British Prime Minister Boris Johnson announced this. According to him, in this way they undermine the “safe and legal routes” available in the United Kingdom. At the same time, the head of the British government called the possibility of forced expulsion of refugees very “unlikely”. 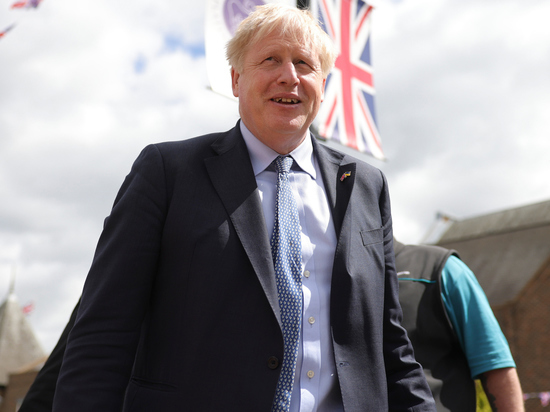 On Thursday, June 23, the head of the British government visited the Rwandan capital of Kigali. During an official visit, Boris Johnson was asked whether Ukrainians who arrived in the United Kingdom illegally, in particular by boat across the English Channel, would be deported to Rwanda.

“The only circumstance in which people will be sent to Rwanda – if they arrive in the UK illegally, and thereby undermine the safe and legal routes we have, ”The Guardian quotes the words of the British Prime Minister.

The politician noted that Britain issues 130,000 visas to Ukrainians, so they have at least two good routes for legal entry. “However, if you come here illegally, I am afraid that the answer will be yes, theoretically it can happen,” Johnson said.

At the same time, the head of the British government added that he considers this scenario very “ unlikely.”

However, in comments made days before the start of the G7 summit in Germany and the meeting of NATO leaders in Spain, Boris Johnson also warned that “Ukraine fatigue” appears to have already gripped some major Western powers.

“Now is not the time to encourage Ukrainians to accept a bad peace, a peace for which they are asked to give up part of their territory in exchange for a ceasefire. I think it would be a disaster,” the politician addressed the G7 and NATO allies.

Recall that in mid-April, the British Prime Minister announced a new state policy on migration, according to which people who arrive illegally in the United Kingdom can be sent to Rwanda to await London's asylum verdict there.

Boris Johnson stressed that such an initiative is designed to “destroy the business model of criminal gangs” involved in the illegal transportation of people to Britain on modes of transport not intended for such purposes. The new system will enable migrants to travel safely to Rwanda and apply for refugee status there, he said. If he is satisfied by the authorities, the person will be able to stay there and build a new life.

The Rwandan government has previously confirmed that it has already received 120 million pounds (about $147 million) from the UK as part of the asylum program for refugees. Rwandan government spokeswoman Yolanda Makolo said the funds are intended to prepare all the necessary “premises and facilities” for the accelerated acceptance of refugees.

When asked if any of this amount had already been spent, she replied: “Partly yes, as we needed to prepare for the arrival of the first migrants.”

The first expulsion of migrants from Britain to Rwanda was supposed to take place on the evening of June 14th. However, at the last moment, the deportation flight was canceled due to a ruling issued by the European Court of Human Rights.

The ECtHR ordered the suspension of the expulsion of seven people who were supposed to fly on this flight. One of them, a native of Iraq, filed an appeal against the decision of the British government to send him to Rwanda. The man claimed that he had been tortured in his country, therefore he was entitled to asylum. The ECHR considered this complaint and decided to postpone the deportation of the migrant until the end of the trial. The hearing of the case is scheduled for July.

The lawyers of the other migrants, having learned about this, applied to the ECtHR with similar petitions. As a result, all seven remained in Britain.

During his visit to Rwanda, Johnson was expected to raise the issue of human rights violations with President Paul Kagame. However, this did not happen.

“Rwanda cannot be a partner in any migration agreement,” said the Bundestag deputy from the Social Democratic Party of Germany (SPD) Frank Schwabe. “It is very disturbing that the UK is ready to undermine respect (for the ECtHR) because of the only decision with which it does not agree.”

“ Unlike the British public, which has opened its doors to welcome Ukrainians seeking safety, our prime minister confirmed that the government intends to treat them like human cargo to be transported from the UK to Rwanda,” said the British Refugee Council Executive Director. Enver Solomon.