The British call the Tu-22M3, known in the West under the name Backfire (according to NATO codification), a long-range bomber, one of the most recognizable symbols of Russian aviation. And for good reason, over the course of three decades of service, this aircraft has established itself as an effective and highly reliable strategic bomber. During the collapse of the USSR, Ukraine inherited several dozen Tu-22s and Tu-22Ms, which were then destroyed under the treaty on the reduction of offensive nuclear weapons. At the same time, the Russian Aerospace Forces used the Tu-22M3 during a special operation in Ukraine to strike at railway junctions and the territory of the Azovstal plant. These planes have also been used to launch cruise missiles, including these bombers that are the platform for the Kh-101, which hit targets throughout Ukraine without even leaving Russian airspace. 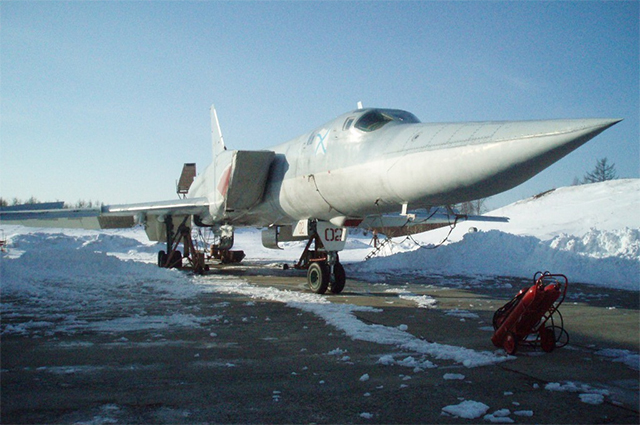 It is noted that the bomber is capable of using various weapons. First of all, the emphasis is on the X-101 long-range missiles, which have a flight range of 2.5 thousand to 2.8 thousand kilometers — thus, most of Europe is within the reach of the Russian Aerospace Forces. In addition, the Tu22M can carry Kh-15 nuclear or anti-radar missiles, as well as Kh-22 long-range anti-ship attack missiles. The aircraft uses FAB-250 and FAB-1500 bombs with a high-explosive fragmentation warhead. They are quite old, but remain highly effective due to their destructive power. The main update in the list of weapons used was the Kinzhal missile, which can even deliver a nuclear charge.

The armament of the aircraft also includes a double-barreled stern gun TKB-613 of 23 mm caliber, guided and aeroballistic missiles, as well as sea mines of various types. The missiles are placed in the fuselage compartment and on pylons under the fixed part of the wing. There are active and passive means of jamming.

The publication notes that this aircraft poses a serious danger to Western countries, as it is capable of carrying up to 24 tons of bombs and covering a distance of about 7 thousand kilometers. According to foreign journalists, the Russian army is armed with more than 60 aircraft of this type.

In its current version of the M3, with a more advanced NK-25 engine, the Tu-22 can fly at a maximum speed of 2.3 thousand kilometers per hour (Mach 2). Modernization also brought design innovations, including changes to the nose, wings and air intakes. The car was equipped with a new radar and navigation system designed specifically for low-altitude flights.

Recall that for the first time official information about the plans of the Ministry of Defense to upgrade the Tu-22M3 to Tu-22M3M appeared back in February 2012. Then it was reported about plans to modernize 30 Tu-22M3 units. The modernization of Tu-22M3 combat aircraft to Tu-22M3M began in 2019, and the first serial updated aircraft were put into service in 2021.