Incitement messages, fake lists and pressure on the ground Testimony in Congress about the attempts of the Trump team to influence the election The Committee of Inquiry into the events at the Capitol on January 6, 2021 concluded that the 45th President of the United States Donald Trump tried to rig the election results and challenge Joe's victory Biden 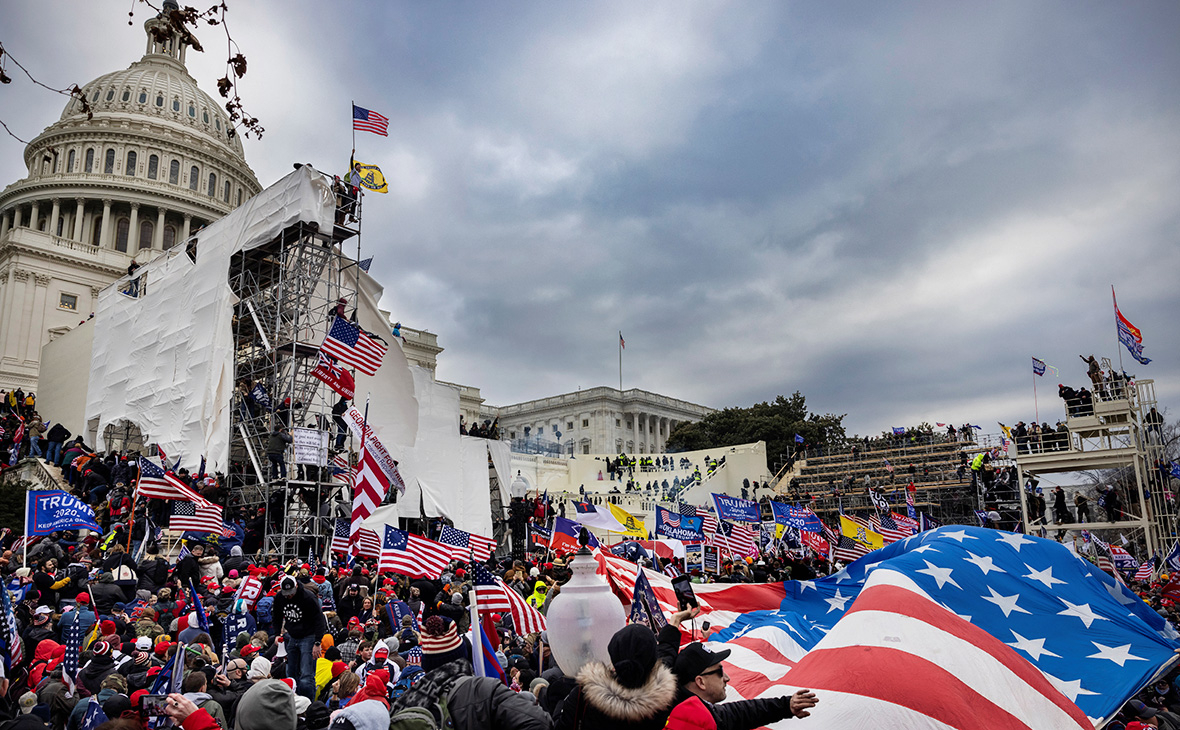 Why Congress is investigating the events of January 6

In early June, open hearings began in the United States in the case of the storming of the Capitol and the accompanying riots on January 6, 2021, which became the result of the defeat of Donald Trump in the presidential election.

The Special Committee of the Congress to investigate these events was formed for the most part from Democrats— members of the House of Representatives and began its work in July last year. His intention was to prove that the actions of the 45th President of the United States directly influenced the events of January 6th. The committee is now presenting the conclusions it reached over the past year after examining more than 140,000 pages of various documents and interviewing more than a thousand witnesses. In total, at least six public hearings were scheduled for June, the fourth in a row were held on June 21. The committee's final report is due in September, less than a month before the midterm congressional elections.

If the first hearing, held in early June, was mostly devoted to the reconstruction of the storming of the Capitol, then the subsequent ones focused on the behavior of Trump and his entourage both on January 6 and in the 2020 elections, when it became obvious that the Republican was inferior to Joe Biden and would not re-elected for a second term. At the hearing, evidence was presented that Trump first tried to falsify the results of the elections, and then achieve the cancellation of the recognition of their results.

The committee concluded that Trump not only provoked the riots at the Capitol and its takeover by his claims of electoral fraud by the Democrats, but also directed the crowd of his supporters on January 6 using Twitter. During the first day of the hearing, a video was shown of a protester reading into a bullhorn a message from Trump accusing his Vice President Mike Pence of not wanting to cancel the election results at the Congress meeting that was taking place at that time, where Biden's victory was supposed to be confirmed. The committee also presented testimony from representatives of the White House, which spoke of Trump's unwillingness to prevent an attack on the Capitol. One witness stated that the American president knew that the protesters had erected a “gallows for Pence” that the demonstrators built near the building, and approved the idea. “Perhaps our supporters have the right idea about this. Mike Pence deserved it,— Trump said, according to the testimony of one of the witnesses.

Read on RBC Pro Pro How to bargain with the Chinese — the secrets of negotiations Articles Pro I work a lot and spend little time with my child. Am I a bad parent? Instructions Pro Capitalism in Russia failed to build. What model to replace him Pro Articles What parents' actions lead to eating disorders in children Instructions Pro “The former is stalking me”: how to get rid of the obsessive employer Instructions

The committee also presented evidence that some Republicans who were in the Capitol during the assault called Trump and asked him to stop what was happening. Among them was the official representative of the party in the House of Representatives, Kevin McCartney. However, the person who called for the help of the National Guard and gave her the order to suppress the riots was not Trump, but Pence. Joint Chiefs Chairman Mark Milley claimed that he had several telephone conversations with the vice president and that he “gave very clear, direct and unambiguous orders.” According to him, Trump Chief of Staff Mark Meadows told Milley that he should claim to be taking orders from Trump to give the appearance that the situation was under control.

The hearing also featured evidence that Trump's campaign had developed a two-tiered plan to allow the incumbent to win or overturn the election. The president's entourage and he personally put pressure on officials when counting votes in swing states. In particular, the heads of the election commissions from the Republican Party in Arizona and Georgia were offered to find the missing votes in favor of Trump or cancel the results. Arizona House Speaker Rusty Bowers said he received calls from Trump and his lawyer Rudy Giuliani urging him to cancel because “fake votes” were cast for Biden. stateless migrants or deceased people. Giuliani urged Bowers to set up a committee to investigate the fraud in order to create an alternative list of electors loyal to Trump. However, Giuliani was unable to provide any evidence of fraud. Trump also called Georgia Secretary of State Brad Raffensperger asking him to “find” 11 thousand votes.

The creation of alternate slates of candidates for the Electoral College was the second part of the plan. They were necessary in order to guarantee the presence of “loyal” people in the college and ensure the victory of the Republicans. Such an initiative was put forward by Trump's lawyer and adviser John Eastman, who called the head of the Republican National Committee Ronna McDaniel and asked for help. Eastman also tried to convince Pence that he could unilaterally reject the votes of certified electors in some states. Despite the fact that the Trump campaign knew about the illegality of this scheme, his supporters continued to stick to the plan and tried to give Pence a list of alternative electors from the states of Michigan and Wisconsin even on January 6th. At the hearing, Republican Senator Ron Johnson's correspondence with Pence's aide was presented, in which the senator asked whether the vice president was preparing to accept an alternative list.

How Trump's inner circle and his family behaved

The Committee, among other things, found out whether those close to Trump believed in his statements about electoral fraud and in his victory in the presidential race. In 2019-2020, US Attorney General William Barr denied the ex-president's accusations that the Democrats stole his victory from him, and called the claims of falsification nonsense. Trump's daughter Ivanka took the side of the Attorney General. “I respect Attorney General Barr. So I accepted what he said, — she said in a videotape shown at the hearing. According to her, Barr repeatedly tried to explain to Trump that he was wrong. Barr himself stated that the Justice Department found no evidence of Trump's claims, and therefore he asked the president to drop the allegations of electoral fraud, because he “does not want to be part of this.”

“This is not a congressional investigation, but a terrible situation and a waste of time»— this is how Trump himself commented on the information presented at the hearing on June 17.