The West has begun to weaken military aid to Kyiv due to growing doubts about the ability of the Ukrainian Armed Forces (APU) to defeat the DNR, LNR and the Russian army. The New York Times writes about it. According to the publication, the United States is openly demanding that Zelensky organize a counteroffensive, otherwise military assistance will be stopped. An officer of one of the special forces of the Russian armed forces, on condition of anonymity, told why the Armed Forces of Ukraine will not be able to counterattack. 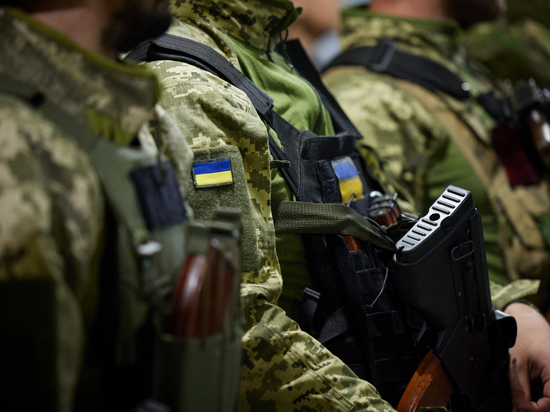 Representatives of some Western countries, as a pretext, announced that they could not supply weapons to Kyiv in the same volume, since their arsenals were already depleted. This was stated by the Netherlands, Germany. Italy pointed to political reasons. And the UK has announced that it will take several years to replenish stocks. In fact, the military sponsors of Ukraine need at least some victories from the Armed Forces of Ukraine. For example, the counter-offensive in the Kherson direction, announced several times by Kyiv. In Kyiv, they say that it will happen in early August.

– Since the beginning of Russia's special operation in Ukraine, European countries have been shouting about their support for Kyiv and their readiness to supply as many weapons as needed, but now the rhetoric has changed. The West started talking about the fact that it can no longer provide military assistance, – an officer of one of the special services told MK. – According to European sources, the Armed Forces of Ukraine cannot ensure the integrity of Ukraine, and the weapons transferred by NATO countries are used extremely inefficiently, moreover, some of the weapons surface in the Middle East.

According to the military expert, Zelensky’s entourage is well aware that that the cessation of military and financial assistance from the West is expected to lead not only to the defeat of the Armed Forces of Ukraine, but most importantly, to the cessation of Western aid flows.

“But the people behind the President of Ukraine cannot allow this, since their income directly depends on billions of the United States,” the MK interlocutor said. – Without real success in the east of Ukraine, the West will sabotage the transfer of weapons to the Armed Forces of Ukraine. And, according to the office of the Ukrainian leader, this trend can be interrupted only by a big and real victory.

– This is bad in Ukraine. The declared army of a million people has not yet been mobilized, there are no weapons for it, aviation and the navy have ceased to exist as branches of the armed forces.

Announced back in March, the counteroffensive in the Kherson direction, as they say, is about to begin . At the same time, the concentration of troops, equipment and artillery of the Russian army on the sector of the front chosen by Kyiv for the strike makes it impossible for the Ukrainian army to conduct at least some large-scale operations on this sector of the front.

Moreover, the maneuvers carried out by the Russian troops allow us to talk about the intention of the Russian headquarters of the special operation to launch a large-scale offensive here, which will end in defeat for the Armed Forces of Ukraine, as it has already happened in the cities of the LPR.