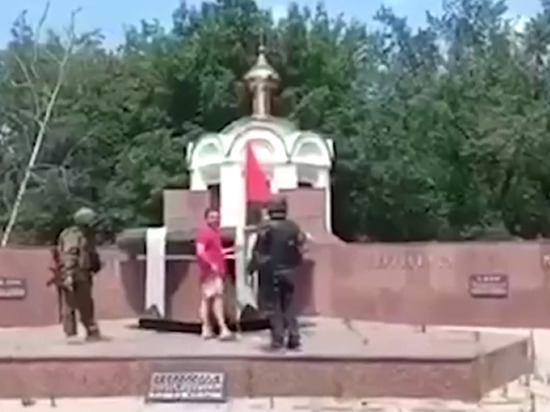 The Red Banner of Victory was erected in the central park of Lysichansk to commemorate the liberation from Ukrainian nationalist formations. This event was announced by the head of Chechnya Ramzan Kadyrov, backing up the message in his telegram channel with relevant video frames.

“It took our units, together with the allied forces, several hours to completely take the city under control,” Kadyrov wrote, earlier reported that Lysichansk was completely surrounded.

The operation to liberate this city was the most striking indicator of the effectiveness of tactics against Bandera formations, the head of the Chechen Republic believes.

Lysichansk is located 75 kilometers northwest of Lugansk on the right bank of the Seversky Donets. The area of ​​the city is 76 square kilometers. This is a large industrial center with a railway station on the Kupyansk-Uzlovaya – Popasnaya line. It is considered one of the oldest cities in Donbass (founded in 1710).