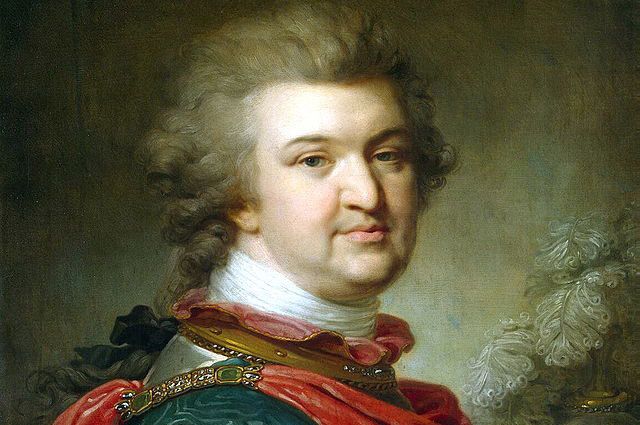 235 years ago, on June 19, 1787, celebrations took place in Poltava. Empress Catherine the Great visited the city of Russian military glory. In honor of her arrival, a reconstruction of the Poltava battle was organized: “By order of Potemkin, all the maneuvers that could depict to us a semblance of this decisive battle were performed in front of the eyes of the Tsaritsa with pleasure and pride, Catherine’s eyes, it seemed, Peter’s blood Greatness flowed in her veins.

In fact, Poltava was only a stop in the Empress's unprecedented voyage through the ancient and newly acquired Russian lands. And a stopover on the way home. The journey began in January 1787 and was nearing completion – On July 11, Ekaterina was already in St. Petersburg. But it was here, in Poltava, that the logical point was put and the result of the whole grandiose tour was summed up. The Empress considered that in the city of Russian glory it would be appropriate to sign the Decree to the Senate: “We deign that Our Senate prepares for signing Our commendation to General Field Marshal Potemkin with the meaning of these new exploits of his and with the addition of the name Tauride.” that the specific purpose of the voyage was Novorossia and Crimea, which since the 1770s. were in the zone of Potemkin's special attention. It can even be said that the question of the final annexation and development of these lands became his obsession and the main business of his life. This can be seen from his correspondence with Catherine the Great – The Most Serene Prince in his letters demonstrates either rare tediousness, or unprecedented pressure, almost obsession. And everything is subordinated to one and only goal – to make Crimea Russian: “If we do not seize it now, then there will be a time when everything that we now receive for free, we will get at a high price. You are obliged to elevate the glory of Russia. The acquisition of the Crimea will not be able to strengthen or enrich you, but only bring peace. Believe that you will receive immortal glory with this acquisition and such that no sovereign in Russia has ever had. This glory will pave the way for yet another and greater glory: with the Crimea, dominance in the Black Sea will also be obtained. or missed it.

These are lines from Potemkin's letter, dated December 1782. By the next summer, he managed to make the Crimea firmly registered in Russian historiography under the name of “a trophy not stained with blood.” The Turkish emissaries, who were pulling the Crimea towards them, either used pompous words about “a common faith and a common destiny,” or inspired uprisings and troubles that made everyone feel bad. Potemkin, on the other hand, offered real protection, concrete help, and also demonstrated religious tolerance and loyalty to local traditions: “I was always told that the clergy would resist, followed by the mob, but it turned out that the clergy were the first to take the oath, and after them, all…». So – without war and corpses – Crimea became Russian in 1783.

Pavel was jealous of something

This was both very good and very bad at the same time. Good, because His Serene Highness really worked tirelessly. Even before the annexation of Crimea, in 1778 Kherson was founded. Then – Ekaterinoslav. Then – Sevastopol. The Black Sea Fleet is under construction. In his desire to populate “these desert lands” as quickly as possible, Potemkin decides to take unheard of steps. Not only does it allow Old Believers to move to Novorossia and Crimea, it also formally violates the law. Since 1775, in his governorship, he… shelters the fugitives. And he doesn’t care who the serfs fled from – the answer to those who seek their return was standard: “As those living within the limits entered into a separate department of the governor, then none of them can be returned.” And – impressive construction. They build everything – houses, barracks, schools, shipyards, docks, pharmacies, schools… 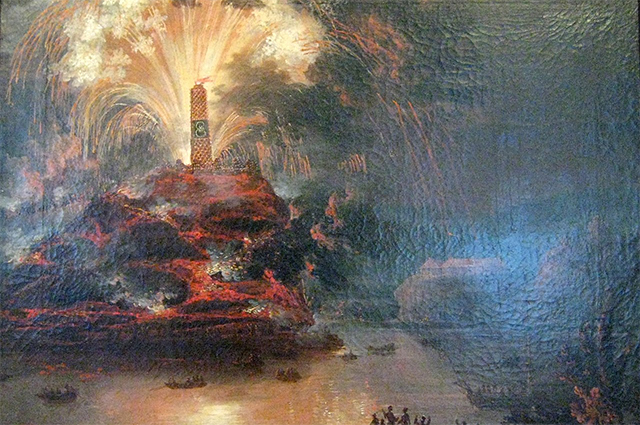 Fireworks in honor of Catherine during her trip to the Crimea. Painting by an unknown artist, late 18th century Photo: Commons.wikimedia.org

In a word, everything here is at least not bad. And the PR was bad. The figure of Potemkin caused irritation. And this irritation was fueled by the hostile attitude of the heir to the throne Paul. Tsesarevich can be understood – after all, the Most Serene Prince was the favorite and secret spouse of his mother, which almost excludes good feelings. With the secret indulgence of Pavel, ill-wishers, almost from the very beginning of Potemkin's activities in the South, began to spread rumors that nothing good came of the prince. That the fleet has not been built, and if it has been built – it's all rotten. That people cannot live in Novorossia and Crimea, and they do not want to move there. That buildings are made of who knows what, and can collapse from a punch. And, most importantly, the fabulous money allocated for the development of the region from the treasury ends up in the pockets of the Most Serene Prince.

The result was unexpected. By 1787, these rumors, from frequent repetition  acquired the status of almost truth. And if only in Russian society. Gossip naturally penetrated the corridors of the courts of European monarchs. And they began to influence current international politics. It turned out that Russia might be strong enough militarily and economically. But it is still weak for her to quickly master such a vast territory. And, most importantly, it is not able to protect and retain its acquisitions.

“It's better not to touch the Russians”

Catherine's trip was intended to show the groundlessness of all these rumors. To demonstrate that Russia stands firmly on the shores of the Black Sea and any attempt to push it out will end badly for those trying. That is why the Empress invited a huge number of foreign observers to the voyage – even the emperor of the Holy Roman Empire Joseph II arrived. True, incognito, under the name of Count Falkenstein, but those who need it should have assessed the level.

On the one hand, Ekaterina's plan worked out well. All observers unanimously asserted that Russia had made some incredible breakthrough and indeed, in the shortest possible time, established itself on the Black Sea and in the Crimea. What Potemkin – outstanding organizer. And that it is better not to touch the Russians. Is that Joseph II slightly mischievous – sometimes the bastions are not the same for him, then the soil in Kherson is too marshy… But this, apparently, is from the experienced humiliation – Catherine on the way to the Crimea forced him to pass under the arch, which read: “Road to Constantinople.”

On the other hand, it was all in vain. The voices of observers were not heard at the courts of the monarchs of Europe. Moreover – it was during the journey of 1787 that the concept of “Potemkin villages” was born. “The inhabitants of these imaginary villages were called up more than 200 miles along the line,” “The buildings are written on reed shields, bound and beautifully painted,” “Herds of cattle were driven at night from place to place, and often one herd had the good fortune to appear monarchine from five to six times”, and, finally: “The Black Sea Fleet consisted of merchant ships and old barges, which were driven from everywhere and seasoned in the form of warships.” This is what Europe believes in. Unless Joseph II, who saw everything with his own eyes, concluded an alliance with Russia. But England and France were literally pushing Turkey into a new war with Russia, which, they say, is weak and helpless on the Black Sea.

Catherine's journey was completed on July 11, 1787. Turkey declared war on August 13. And the events of the next four years showed that it would be better if she did not do this. “Potemkin villages made of cardboard and reeds” turned out to be real, and the resource base of the Black Sea steppes with strongholds in Yekaterinoslav, Kremenchug, Kherson and Sevastopol ensured the complete victory of Russia. The title of Prince of Tauride Potemkin managed not only to earn, but also to defend in a real case.