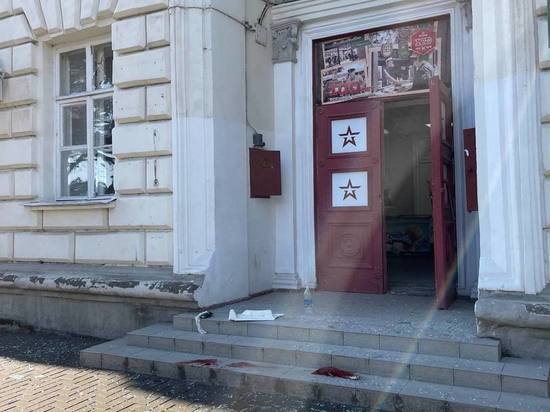 Photo from the scene. Telegram channel of Mikhail Razvozhaev.

“Two victims are in a state of moderate severity, the rest are light,” Razvozhaev said, adding that all victims necessary assistance is being provided.

All festive events in honor of Navy Day in the city have been canceled for security reasons. The city authorities believe that the drone was Ukrainian.