You can peep useful ideas

NATO countries, probably, have already regretted more than once that they literally flooded Ukraine with their weapons. And it's not even that the Ukrainian Armed Forces (AFU) are already harassing civilians in Donbass with American and French howitzers – it seems that nobody in the West cares. Much worse for NATO is that tens and hundreds of Western weapons become trophies of the Russian army, as well as the forces of the DPR and LPR. 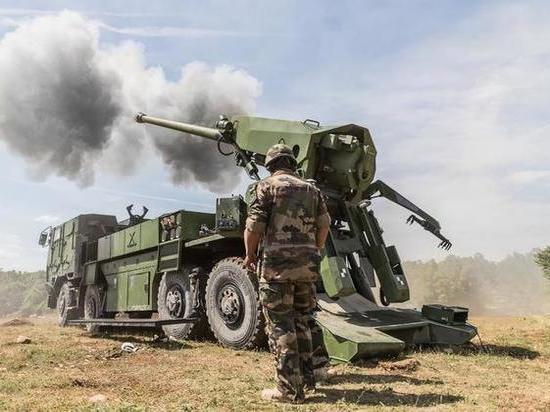 Our military received Javelin and NLAW anti-tank missiles, Stinger anti-aircraft missiles and other portable systems. But not only. Recently, for example, Uralvagonzavod reported that French heavy self-propelled artillery mounts CAESAR “Caesar” of NATO caliber 155 mm were delivered to the enterprise for study. The main caliber of our self-propelled guns is 152 mm. Allegedly, these pair of guns were brought from Ukraine, where they were delivered by France.

The French General Staff tried to cast doubt on this information, but it turned out somehow unconvincingly.

By the way, the DPR authorities reported that the last barbaric shelling of residential areas of the city was carried out just from the French “Caesars”.

What is the value of such trophies? This question was answered in detail by military expert Mikhail Khodarenok in his Telegram channel. In his opinion, there may not be any special “know-how” in this development of THALES and NEXTER companies, but a number of points deserve special study by our designers.

In particular, it is worth taking a closer look at positioning and guidance systems. True, Khodarenok states, “Fearing a technology leak, the French stripped everything secret to the bare walls.” That is, they delivered self-propelled guns to Ukraine in a lightweight version, without important equipment. Apparently, they did not rule out that self-propelled guns would leave Ukraine “to the left.”

“But some things, – the expert notes, – remained. For example, a coordinate system, sound-measuring complexes (yes, “Caesar” is also a bit of a scout) and much more.

According to the analyst, our developers of such systems will fire from the Caesar (it must be understood that we got the trophy with ammunition), “they will evaluate the rate of fire, accuracy, reliability and barrel life for comparison with Russian guns.”

“They will pay attention to steel, the features of production and barrel processing. There may be some useful moments for us,” Khodarenok believes.

He recalled that the “Caesar” is considered in the West the most successful artillery system in terms of price-quality ratio. French howitzers are considered cheap.

Thus, the expert believes, Uralvagonzavod “may draw for itself some successful solutions in the field of so-called lean production from Caesar, which can affect the savings when implemented at our plants.”

In addition, he noted, ergonomic solutions can be useful to our engineers. “Starting from howitzer controls, ending with ladders for climbing to the platform. The convenience of the combat crew is important for its combat effectiveness,” the expert noted.

The French self-propelled gun is interesting from the point of view of the chassis. Unlike our caterpillar self-propelled guns, the French one is wheeled. “The integration of a howitzer on a wheeled chassis for the Russian defense industry is an innovation, and here one could peep useful ideas from the French,” the expert concluded.

His conclusion is that comparing different schools is an extremely useful experience, which enriches its own picture of the world.

“In my opinion, the Caesars can really be useful to us in terms of developing the Malva self-propelled gun,” the expert concluded. But at the same time, he did not rule out that our designers are cooler than French ones.