Sent to work, but not shot

The trial of three foreign mercenaries (two British and one Moroccan), who were taken prisoner in Mariupol, began in Donetsk. First, the process was announced as a military tribunal, then the Prosecutor General's Office of the DPR announced that the trial of foreigners would be held as usual. The MK correspondent spoke with lawyer Dmitry Agranovsky, who explained why it is so important to conduct a regular trial now and what awaits the prisoners after the trial. 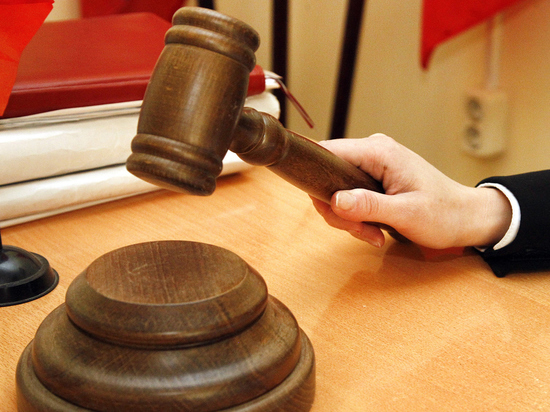 – A military tribunal and the current trial are different things. The process that has begun over foreigners accused of mercenarism is proceeding according to the ordinary Criminal Code and the Code of Criminal Procedure. Similar processes, by the way, went on before the Nuremberg Tribunal – they took place in Kharkov, Kyiv and other cities. I do not want to draw analogies, but in those trials, death sentences were passed, which were carried out. I think many have seen these famous shots. And no one questioned the legitimacy of these processes.

The planned military tribunal is a more cumbersome thing and it is necessary to develop a Charter for it. What are they doing now in the DPR and LPR. Perhaps the Charter of the Nuremberg Tribunal will be taken as a basis. Technically, a military tribunal cannot be held quickly, so it is not surprising that some trials are taking place earlier. Moreover, a tribunal is planned for members of Azov, which is banned in our country. These people are a completely different story, they were taken prisoner in a different place, under different circumstances, and it would be strange if they were held within the same process.

– It is unlikely that the death penalty will be carried out. Now the situation is different than during the Great Patriotic War. Then the death penalty was absolutely natural in all countries and was widely used everywhere. With a fascist and anti-fascist coalition, even in such a calm country as Switzerland. Now I even doubt that someone will be sentenced to death, if there are no particularly serious crimes against the person. If a person is not charged with murder, then I predict that there will be no death sentence.

As for the procedure for appealing against the military tribunal, one must look at what the Charter of the tribunal says about this. For example, the Nuremberg Tribunal did not provide for such a possibility. After the tribunal for the former Yugoslavia was also not given the opportunity to appeal the decision.

– A huge number of foreign citizens are sued in other countries. Here, the foreign consulate simply has to do its usual job – to be present at the trial, to meet with the defendants. Nobody deprives them of such an opportunity, I think. This is a common global practice. They can also help with defenders, finance them after all. This is their direct work.

– I think, at the place of residence, in the corresponding colonies that are in the DPR and LPR.

– As for the exchange, this is a political decision. The Ukrainian side, which is now also conducting trials, thus not only decides the question of guilt or innocence, but creates an exchange fund for the future.

– I do not think so. Kyiv creates a fund of prisoners, because we have much more Ukrainian prisoners. In addition, the crimes that were committed in the DPR and LPR by the Ukrainian military are absolutely obvious. And it is now more important to assess the criminal actions of Ukrainians than to create funds.

We see the broken cities and hear many interviews of ordinary citizens who tell what the Ukrainian troops were doing. They treated the cities as occupied, and it seems that they proceeded from the fact that they would not get these territories anyway, so they destroyed them as much as possible. Approximately such tactics were used by the retreating Germans during the war years. Scorched earth tactics.

Therefore, it is important to give an assessment now, and then, perhaps, someone will be exchanged. If there are exchanges, they will be forced in order to save our servicemen. exclusively for this purpose. And in a good way they would sit and restore the economy of the DNR and LNR.

– Why not? The main thing is that these works should not be humiliating. And so all over the world and in ordinary colonies they are involved in labor.

– They, in general, are no different. In practice, I had similar processes with the participation of foreigners. The only thing is that the consulate should show interest. But it does it once. Well, you still need a translator. It is not difficult to find an interpreter.

– It is the task of the consulate to find a good lawyer. If they do not find, then there will be a lawyer by appointment. The average level of lawyers is now quite high.

– It happens in different ways. I'll give an example, I don't know how appropriate it is here. There was the case of the banned National Bolshevik Party, whose members seized Zurabov's office and protested against the monetization of benefits. There were seven people involved in the case and the investigation took 10 days. So it's theoretically possible. And, in general, the necessary materials were then collected. I think that in this case, no one was chasing speed, it was just that the facts were obvious and the investigative team did a good job. A month might be enough.