“An iron rule – we don't leave our own on the battlefield”

The liberation of Severodonetsk is almost complete. Ukrainian armed formations have left the residential area of ​​the city and remain on the territory of the industrial zone of the Azot plant. Getting them out is just a matter of time. The MK correspondent spoke with Apti Alaudinov, the commander of the Chechen special forces “Akhmat”, who took part in the liberation of Severodonetsk, and learned the details of the operation.

Assistant to the head of the Chechen Republic for the power unit, the commander of the Akhmat special forces, Police Major General Apti Alaudinov proudly talks about his unit.

– The Akhmat special forces are the most international special forces that exist in the world. The unit is formed mainly from representatives of the Russian Federation, but there are also citizens of different nationalities: Armenians, Kazakhs, Georgians, even Ukrainians. The initial training of fighters takes place in the Chechen Republic.

In the city of Gudermes, we have a special forces training base, the world-famous Russian University of Special Forces. There, the guys are selected according to all criteria. One of the main ones, I would like to note this separately – love for the Motherland and the desire to defend it.

I'm afraid there won't be enough time to list everything. If we talk about the largest cities liberated under my leadership, then these are Rubizhnoye, Kremennaya, Severodonetsk and a huge mass of adjacent settlements. We carry out all the tasks that the country's leadership, represented by Supreme Commander-in-Chief Vladimir Vladimirovich Putin, sets before us.

Other Akhmat units enter the Popasnaya area, which also liberate huge areas every day. Today, all our units, together with the military personnel of the Ministry of Defense of the Russian Federation, as well as the corps of the People's Militia of the LPR and the DPR, are blocking the city of Lisichansk and, in fact, this task is already coming to its logical conclusion.

– Direct combat conditions do not present any difficulty for us. The main thing is that we are forced to fight with the enemy, who is always hiding behind a “human shield”. The Ukrainian military constantly expose civilians in front of them. All their fortifications are built in such a way that we are forced to work with precision between the civilian population and the fighters of the Armed Forces of Ukraine. 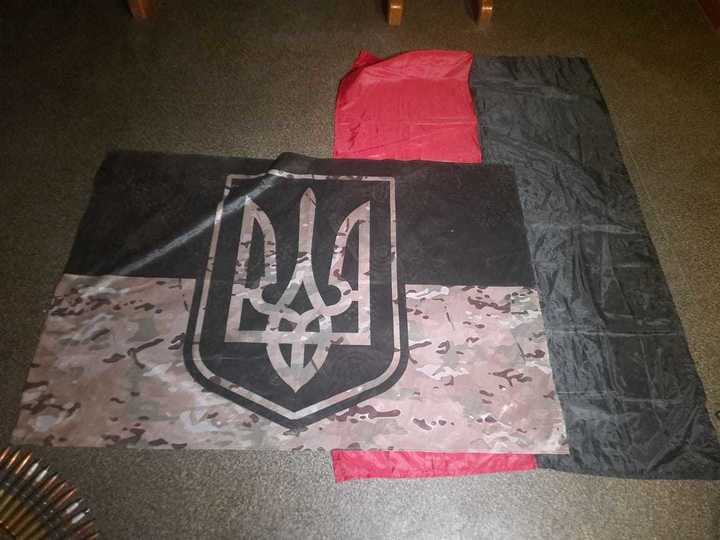 – As we can see, Ukrainian units do not hesitate to shell residential cities. It's no secret that every day they destroy a huge number of civilians. The Armed Forces of Ukraine fire indiscriminately, releasing a huge number of shells. They don't care about people at all. We, on the other hand, cannot behave in this way. Therefore, we first have to identify the location of the civilian population in the basements, the entrances to which are sometimes mined, and carry out the task with an emphasis on the safety of people.

That is, they must first be evacuated from the combat zone, and only after this we can act in full.

But as soon as it reaches the shooting distance, we are no longer equal, and no one from the other side tries to resist us for a long time. Even despite the fact that the Armed Forces of Ukraine has a huge number of long-range guns. In general, it is worth paying tribute to, Ukraine has a large number of guns and mortars that are constantly working and releasing a huge number of shells in all directions. But, I repeat, as soon as the distance between us decreases to the distance of a small-arms battle, the Ukrainian military immediately abandon their positions.

– As an example, I will cite a foreign legion advertised by Ukraine, which entered Severodonetsk about a week ago. Ukrainian Telegram channels immediately posted a lot of videos of foreign mercenaries, all such superheroes, driving in Hummers. Spaniards, Scots, Croats…

The soldiers of the Armed Forces really believed that foreigners would help them very actively. But I can note that the first battle radically changed the mood of the legionnaires. A real panic began in the ranks of foreigners. After the first losses, the mercenaries no longer express any particular desire to resist us.

We observe exactly the same picture when we encounter neo-Nazis from the Aidar, Azov and other units (extremist organizations banned in the Russian Federation. – MK). It got to the point that the National Battalion was no longer able to restrain ordinary VSE soldiers, who constantly tried to escape from the territory of the industrial zone of the Azot plant, and blew up the only bridge.

So the mood of the Ukrainian armed formations is deplorable, well , and those who still want to fight with us, we quickly “calm down”. The work is going according to plan.

The Ukrainian media constantly write that they have smashed the Akhmat special forces to zero, that they are counterattacking us. We read and cannot understand where this is happening. We were already leaving to find the place where they would counterattack us in order to get close to them before the shooting battle.

– Almost everything that is produced in the NATO bloc, we fix in Ukraine. Although I can’t say that Ukrainians are especially good at handling it. Therefore, we often find it unpacked, in cellophane. There are isolated cases when Ukrainians can “boast” that they used Western gifts somewhere.

– Back in 2016, I said in an interview that for a long time most of our people were in the dark, did not think about what is happening in the world. People were convinced that life in the West is better, everything is beautiful and rosy.

But we must understand that, at its core, NATO is a bloc that is an invader. If we look at its history since its inception, we will see that all the time the NATO bloc attacked different states. Ruined them and pumped out resources. Providing the same America with resources always went at the expense of other countries.

Those countries who were ready to give away just like that were patted on the head. And those who resisted were put in a state of complete annihilation, and this state was already forcibly beginning to work as a donor for the United States.

More than 7 billion people live in the world. We live on one seventh of the land, where 70 percent of drinking water is concentrated. The world, in fact, after a certain time will fight not for oil or gold, but for water. We are only 148 million people, and no one will let us be the owners of this resource if they succeed.

The goal of NATO is to destroy our state, and turn its parts into stable donors until they, like bloodsuckers, suck all the resources out of them. We, as a nation, must understand that the whole world, if we focus on religion, is clearly divided into representatives of the devil and those who live by God's values. And I am more than sure that God will help us. Because Russia is the only country that is not ready to accept all these imposed values ​​of Satan. I call the army of “Akhmat” the army of Jesus. And I have absolutely no doubt that we will win, because the troops of the Almighty cannot lose to the forces of the devil.

– We had a situation when a group of one of the commanders with the call sign “Hunter” fought for the “Krasitel” plant. During the operation, information was received from him that one of our fighters, Magomed, died as a result of a head wound. The group fought for six and a half hours just to pull out the body of our fighter. They destroyed a huge number of Ukrainian soldiers, as well as four American mercenaries. The guys carried out our allegedly dead soldier, and already on the way he managed to feel his pulse. I was told by radio that he was alive. Probably, for all this company it was the greatest happiness. We rejoiced with all the Akhmat special forces.

Today, Magomed is in the hospital, fortunately he is already much better.

We have an iron rule in our unit: do not leave your fighters on the battlefield. Whether they were wounded or killed, it doesn't matter. We are doing everything to endure and not give the enemy the opportunity to mock them. We can fight for the body of our comrade for a day, two, three, and no one will retreat until we achieve our goal.