Is a “domino effect” possible along the entire line of contact

The Russian military department reported on Thursday morning on the results of the hostilities on June 22. The data of the General Staff are reported after verification and confirmation of reports from the field, hence the significant delay in time. At the same time, the “military” Telegram channels since the morning of June 23 have noted significant progress along almost the entire line of contact in the area of ​​the Lugansk cities of Severodonetsk and Lysichansk. Experts agree on the assessment of the situation: a large group of armed forces was surrounded. 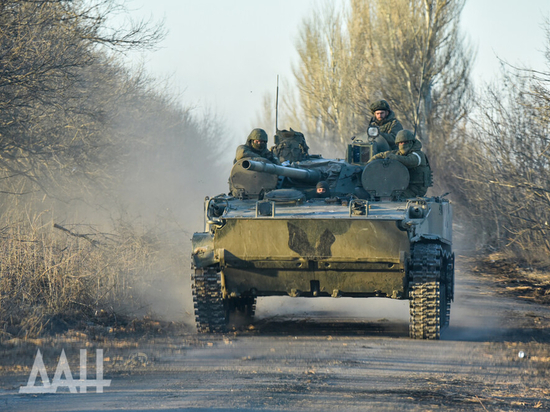 According to the Ministry of Defense of the Russian Federation, on June 22, the 34th battalion of the 57th motorized infantry brigade of the Armed Forces of Ukraine was defeated near the settlement of Mirnaya Dolina in the LPR. Her losses in two days amounted to 150 people killed and 450 wounded.

Intelligence reports that in the companies, where there should be from 60 to 100 people in the state, no more than 15-20 soldiers remained. Junior commanders “evacuated” from the frontline, leaving their subordinates behind.

The Ministry of Defense does not provide data on the situation in other sectors of the line of contact in this area. Including which settlements have already been taken under control.

On the other hand, the Militarist Telegram channel on the morning of June 23 reported that Russian troops had taken the village of Novoivanovka and were moving towards Zolote. “Apparently, the defense of the Armed Forces of Ukraine completely collapsed here, or most of the group still left the encirclement,” the information resource notes.

Military expert Mikhail Khodarenok, assessing the situation in this sector of the front, which had developed by the morning of June 23, notes: “It is reliably known that at night the highway from Seversk to Lisichansk was cut.

This means, according to him, that the seven thousandth grouping of the Armed Forces of Ukraine, “which was squeezed out of Severodonetsk to Lisichansk, is in a trap.” “They will no longer have ammunition, shells, medicine and food,” the expert notes. – The commanders treated the Armed Forces of Ukraine in the same way as in Mariupol, Popasna, Liman and Bakhmut. They were abandoned to their fate. Even the headquarters has not been evacuated, and this indicates that the Ukrainians are being betrayed at the very top.”

Khodarenok concludes that the Severodonetsk-Lysichansk-Rubizhne triangle “will be cleared, and before the completion of the second phase of Operation Z” all that remains is to gouge the Armed Forces of Ukraine in Kramatorsk-Slavyansk.”

He recalled that a large batch of Polish Crab self-propelled guns and American M777 howitzers were delivered to Lisichansk before the encirclement. It did not help, the expert notes: “our firepower is, according to some sources, 15–20 times.”

Military blogger Yuri Podolyaka analyzed the situation near the settlements of Gorskoye and Zolote, southeast of Lysichansk. The grouping of the Armed Forces of Ukraine in them was surrounded even earlier. “Judging by the fact that even today the Armed Forces of Ukraine do not particularly resist the advance of the allied forces in the area of ​​the breakthrough north of Gorsky, then either they no longer have the strength to hold this line, or there is a command to withdraw to save the remnants of the units defeated in the Lisichansk area,” concludes Yuriy Podolyaka.

According to him, at night a video was broadcast about the mass surrender of reservists in the area of ​​the “Gorsky cauldron”, which also began to quickly deflate in the morning. Probably, part of the forces of the Armed Forces of Ukraine still managed to be withdrawn, and the rest were simply left as a cover, the expert believes.

He also confirms that by 12:00 on June 23, Volcheyarovka is occupied by Russian troops and is being cleared. “The Lisichansk-Severodnetsk cauldron may form by the end of the week,” concludes Podolyaka.

Given the latest reports from this sector of the front, he concludes that “the front of the Armed Forces of Ukraine has collapsed here.” The mobilized soldiers of Zelensky … near Gorsky are surrendering en masse.

Military expert Andrei Medvedev writes on June 23 that “the encirclement of Ukrainian groups in Lisichansk and Zolote is already a fact,” as well as the mass surrender of Ukrainian Armed Forces fighters. “The video is full. Mobilized, untrained men surrender in batches, who have not eaten for three days and who have been abandoned by their commanders,” he claims.

That is, against this background, numerous statements by the Kyiv authorities about imminent “victories” of the Armed Forces of Ukraine in the north of the Luhansk region are collapsing . According to Andrey Medvedev, Zelensky will try to shift the blame for the defeat to the Commander-in-Chief of the Armed Forces of Ukraine Valery Zaluzhny. At the same time, according to him, no changes in the military leadership of Ukraine should be expected. “Ukrainian power does not belong to itself. Who stays and who leaves is decided in London and Washington,” he notes. – …Maybe Zelensky would like to make extreme for defeats, say, the Chief of the General Staff. But it's not for him to decide. Here, as adults agree, it will be so.”

According to Andrey Medvedev, one should not expect an early “domino effect” on other fronts either, since Kyiv propaganda is actively working, which hides defeats and losses, and convinces the population of the imminent “overcome”. “The information umbrella over Ukraine is very, very dense,” Medvedev states with regret.