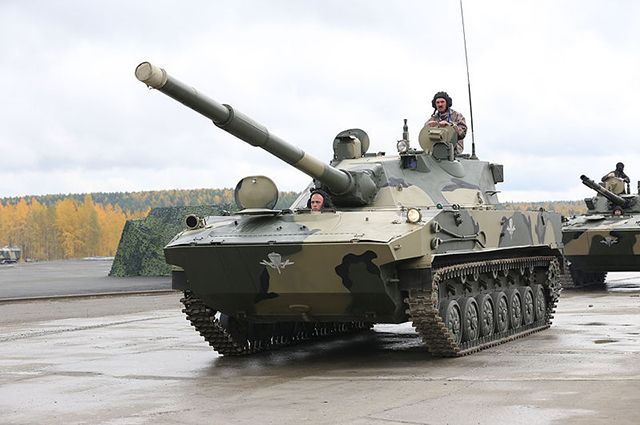 "Its state tests have already been completed. In the near future, we expect the assignment of the letter “O1” to this sample, after which the vehicle can be put into service, “quotes a representative of the state corporation RIA Novosti.

According to Artyakov, the upgraded self-propelled guns 2S25 is an armored tracked amphibious vehicle , which has a powerful artillery and missile system. She can shoot while crossing water obstacles. The 2S25 self-propelled guns are capable of operating in high-mountainous regions, the tropics and swampy areas.

“This vehicle has no competitors either in Russia or in the world,” the agency's interlocutor noted.

Earlier it was reported about the creation in the Russian Federation of a combat robot, which is a hybrid of the BMP-3 tracked chassis and the remote-controlled combat module “Tit”.