Brahim Saadoun, who fought for the Ukrainians, was criticized in social networks

The sister of Brahim Saadoun, a young Moroccan who fought on the side of the Ukrainian military, who was sentenced by the DPR court, begs for help. At the same time, even on social networks, many of his compatriots welcome the harsh verdict passed against him. 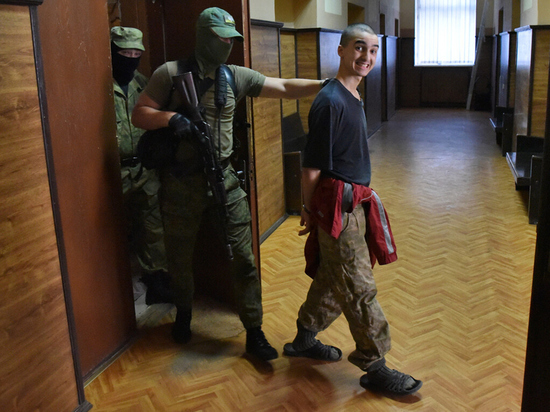 Photo: dan-news.info < p>Moroccan Iman, sister of 21-year-old Brahim Saadoun, claims that her brother, captured in Mariupol, who, according to his family, served in the ranks of the Ukrainian marines, was abandoned by his own government.

At that time, While the British mercenaries sentenced to death along with him are praised by the press at home as “heroes”, Brahim is treated differently in his native country. Which gives his sister a reason to claim in desperation that her brother has been “betrayed.” She called on the international community to “claim my brother”.

“I just want any authority, anyone who is willing to help, to come and help,” Iman Saadoun told The Guardian, describing being left in limbo while he sought support from his government.

Saadun was one of three people sentenced to death in the DPR. The other two were Britons Aiden Eslin and Sean Pinner. British Foreign Secretary Liz Truss said she would do “whatever is necessary” to secure their release.

Morocco tries not to criticize Russia for the operation in Ukraine. Moreover, the sister of a Moroccan convicted in the DNR who fought on the side of the Ukrainian military says that the local press and many people on social media celebrated her brother's sentence.

Iman shared some of the posts on social media that she saw on the Internet about his brother (moreover, these messages come from accounts in Morocco).

“Honestly, he needs to be killed, this is not a Moroccan,” one user wrote in a series of posts. Another user used the hashtag “kill Brahim Saadoun.”

“Now I'm begging someone to come and claim my brother because he was not in demand in his own country,” says the sister of a Moroccan on death row .

Official Rabat remained silent on the case of the captured young man until last week, when the Moroccan embassy in Ukraine issued a brief statement that Saadoun “was captured in the uniform of the army of the state of Ukraine, as a member of the Ukrainian marines.” The statement says that he “is currently in the custody of an organization that is not recognized by either the United Nations or Morocco” (this, apparently, refers to the DPR). According to the diplomatic mission, Saadoun had Ukrainian citizenship in addition to Moroccan citizenship.

Sister Iman claims she kept in touch with Brahim via the Internet, but has not seen him in person since 2017, when he moved to Ukraine to become student of the Kyiv Polytechnic University. In Ukraine, fellow students described Saadoun as “kind and curious” and a popular member of the local tech community, writes The Guardian.

His father said that Saadoun received Ukrainian citizenship in 2020, after undergoing military training in his university. According to friends and government officials, he was sent to Mariupol in November 2021 as part of the Ukrainian marines and was captured in April.