The first deputy head of the presidential administration, Sergei Kiriyenko, became the curator of relations with the LPR and DPR in the Kremlin. Previously, the department for cross-border cooperation subordinated to Dmitry Kozak was responsible for interaction with them 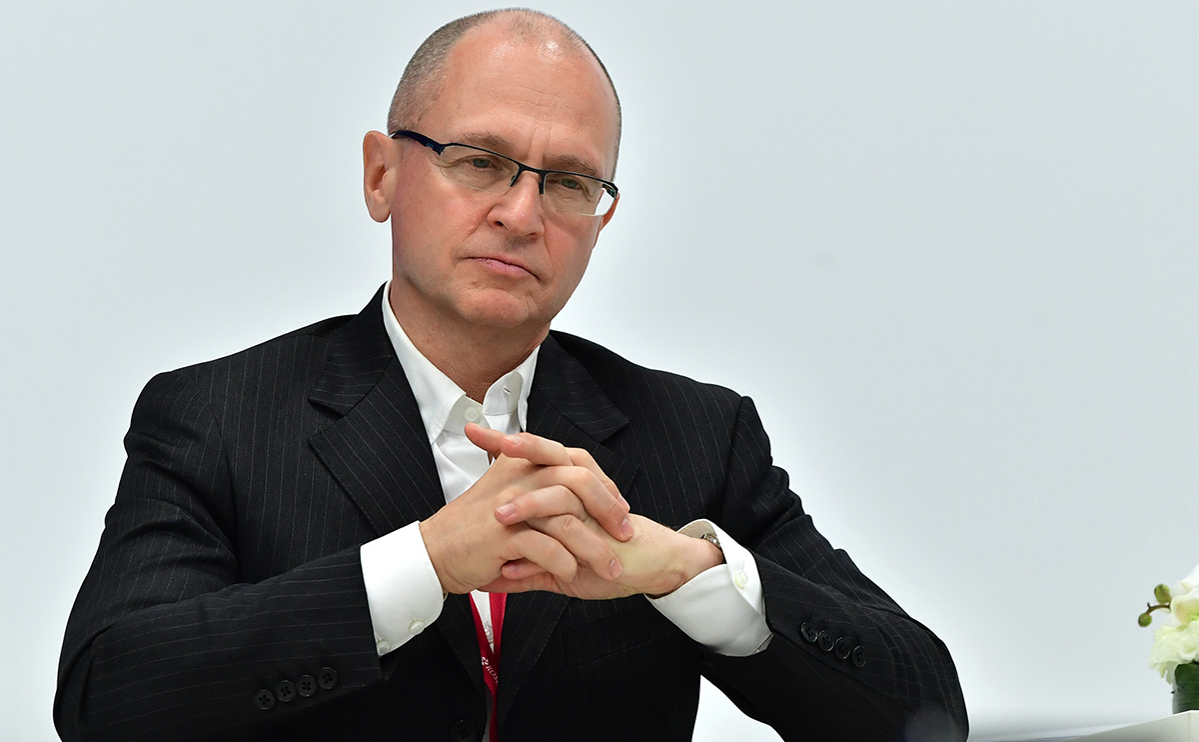 First Deputy Head of the Presidential Administration Sergei Kiriyenko, who is responsible for the work of the domestic political bloc, has become the curator relations with the LPR and the DPR instead of Dmitry Kozak. RBC was told about this by five sources close to the Kremlin. Now, it is not the department for border cooperation subordinate to Kozak that is responsible for working with the LPR and the DPR, but the department for internal policy (UVP), all five sources of RBC said.

The scope of work of the UVP, among other things, includes interaction with Russian regions, all of which have their own curators. Currently, a new department is being created at the UVP, which will be responsible for interaction with the LPR and the DPR, one of RBC's sources said. According to another source, the department has been formed and responsible for working with the republics have been appointed.

One of RBC's interlocutors says that the change of the curator indicates at least a special procedure for interaction with the republics and the creation of a single internal political space, as a maximum & mdash; on the consideration of the scenario of the possible entry of the republics into Russia. Another interlocutor explains that the arrangement for curating has changed, since Kozak was responsible for negotiations on the implementation of the Minsk agreements, “which ended in who knows what.”

Last week it became known that Kiriyenko visited Donetsk, where he met with the heads of the DNR and LNR. The first to report this was the WarGonzo Telegram channel run by military journalist Semyon Pegov. According to the channel, Kiriyenko visited the Donbass accompanied by the head of the UVP Andrei Yarin and employees of the Kremlin’s internal political bloc.

The trip of the Kremlin officials to the Donbass was a “presentation, familiarization”, three interlocutors of RBC say. It was necessary to personally get acquainted with those people with whom the internal political bloc will have to work in the future, one of them explained.

Read on RBC Pro Pro European ports are closed to Russia. How to transport goods from China now Articles Pro The company has suspended business in Russia. What to prepare for its director Pro Articles How design has changed since February 24: CDEK, Unisender and other answers Pro Articles 6 career-important skills you'll learn while looking for a job Pro Articles Increased prices and export reorientation. What awaits the Russian oil and gas industry Articles

The topic of the possible accession of the LPR and DPR to Russia was first heard at a meeting of the Security Council on February 21, although Vladimir Putin suggested discussing the possibility of recognizing the independence of the territories. The head of the Foreign Intelligence Service, Sergei Naryshkin, said in his speech: “I support the proposal to join the Donetsk and Lugansk republics into Russia.” “We are not talking about this, we are not discussing this, we are talking about recognizing their independence or not,” — corrected by the president. “I support the proposal to recognize independence,” — specified Naryshkin.

On the same day, the head of state announced that he had decided to recognize the independence of the LPR and the DPR, and the very next day, on February 22, the State Duma and the Federation Council ratified the treaties on friendship, cooperation and mutual assistance with the republics. Later, Putin said that Russia recognized the independence of the LPR and DPR within the borders of the Luhansk and Donetsk regions, because “they had borders within the Donetsk and Luhansk regions in the Constitution at the time when they were part of Ukraine.” “We expect, I emphasize this, that all controversial issues will be resolved during negotiations between the current Kyiv authorities and the leadership of these republics,” — added the president.

A day later, early on the morning of February 24, Putin announced the start of a special military operation in Ukraine.

On March 27, the head of the LPR, Leonid Pasechnik, announced the possibility of holding a referendum on joining the republic into Russia, but a few hours later he clarified that the LPR authorities are now busy with the liberation of territories, and holding a referendum is possible only after that.

On March 29, the head of the DPR, Denis Pushilin, announced the possibility of joining Russia. According to him, the republic will also “consider the relevant issue after the liberation of its entire territory.”