Lithuania's ban on the transit through its territory of a large range of cargo from Russia to the Kaliningrad region will affect the supply of troops in the region, as well as the Baltic Fleet . Aleksey Leonkov, military analyst, editor of Arsenal of the Fatherland magazine, spoke about whether this could fundamentally affect the combat capability of the Baltic Fleet, and whether Russia is ready for a military response to Lithuania. 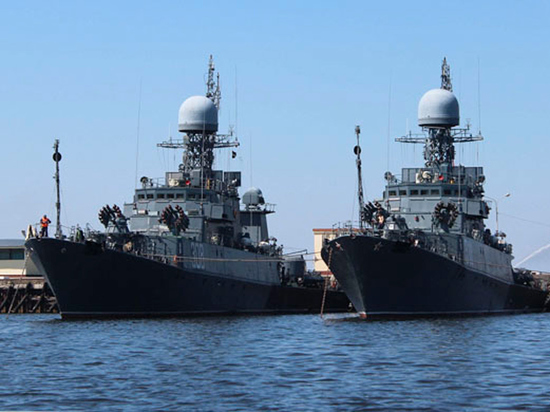 In his opinion, Lithuania's ban on land transit will not have a strong impact on cargo supplies to the Baltic Fleet in the near future.

– Still, they do not block the sea route across the Baltic, – Leonkov says. – And they are unlikely to take this step at all, since this would actually mean declaring war on Russia. The ban on supplies will have a greater impact on the development of the Kaliningrad region.

As for our possible military response, there are a number of factors to consider. Our Foreign Ministry has already resolutely told the representatives of Lithuania and the EU that they are violating the agreements that we had when Russia recognized Lithuania as an independent state. Then we were promised unhindered transit to the Kaliningrad region.

According to the expert, a military response will be the last measure that Russia will be forced to apply if diplomatic and economic levers do not work against Lithuania.

– And we still have a lot of such economic levers in relation to Lithuania, – specifies Leonkov. – Moreover, they should not be applied gradually, but immediately, so that this country would experience a shock from our actions. If this does not help, then, of course, military measures will have to be taken to ensure unhindered passage to the Russian enclave.

Many believe that in this case Article 5 of the NATO Collective Security Treaty will have to come into effect. It is interpreted as a mandatory entry into the war of the entire Alliance, if an attack is made on one or more NATO countries.

In fact, the wording of this article is not as unambiguous as many people think. It does not say about the automatic entry into the war of the entire NATO because of any country. Everything is subject to a number of conditions. And another big question is whether the NATO countries are ready to get involved in a war with Russia for the interests of Lithuania, realizing that such a war is likely to lead to a conflict with the use of nuclear weapons.

Aleksey Leonkov believes that in the current situation Europe is not inclined to aggravate the situation. Moreover, Lithuania declares that it has coordinated its actions with the EU. But so far, Vilnius's statements have not been officially confirmed and the steps have not been supported.

– I think – says Leonkov, – that Lithuania, which staged this provocation on the initiative of Great Britain, will still back down after we use diplomatic and economic levers. But if they do not lead to a result, then here, as they say, if you do not want to talk with Lavrov, then you will deal with Shoigu. Ukraine has already understood this…

Secretary of the Security Council of the Russian Federation Patrushev at a meeting in Kaliningrad said: Russia will definitely respond to Lithuania blocking supplies to the Kaliningrad region. Measures will be taken. But, he noted, this step of Lithuania, made at the suggestion of the West, proves that one cannot trust not only its oral, but also written statements.