Most of the tasks of Ukraine's demilitarization are carried out by high-precision Kalibr missiles. Many people remember how they checked out terrorist bases in Syria. Now they are applied to Ukrainian military facilities. The network compares the characteristics of the “Caliber” with the American Tomahawk cruise missiles. At the same time, some point out that thousands of Tomahawks were fired at Iraq and Yugoslavia, and Russian Calibers over Ukraine – not so often. From which the conclusion is drawn: Russia has few Calibers, they will run out soon, there will be nothing to work on important targets.

To comment on these assumptions and compare the use of “Caliber” and the American Tomahawk (“Tomahawk”, battle ax of the American Indians) “MK” asked a military analyst, editor of the magazine “Arsenal of the Fatherland” Alexei Leonkov. 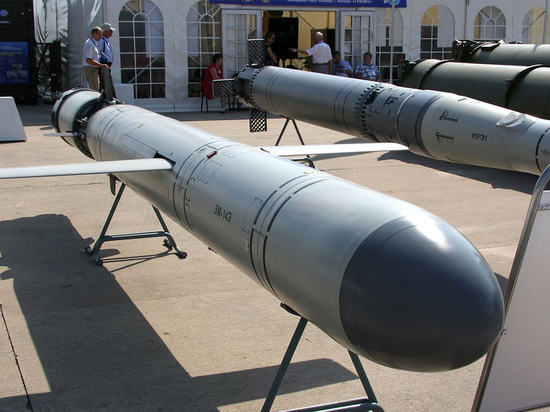 – Tactical and technical characteristics can be measured as much as you like, – says the expert. – Both of them will have a plus in some ways, a minus in some. But the main thing here is the efficiency of application and versatility.

American Tomahawks are mainly used against ground targets. And our “Caliber” is a whole family of missiles. They were immediately created as a platform and can work both on ground targets, and on sea and even underwater targets – there are also such “Calibers”. That is, we created them as a universal weapon that the fleet needed to solve a variety of tasks: both destroying naval targets and providing fire support to ground groups.

We have created a missile that can be placed on ships, submarines and land carriers. For example, we have the Iskander-M missile system. On it is a rocket, very similar to the “Caliber” – 9M729. Why did the Americans get so excited about it, believing that we simply put a Caliber missile into the Iskander, and it will fly as far as it flies from ships and submarines.

– Let them get excited. After all, when the United States withdrew from the INF treaty, our president said that in response, it would not be difficult for us to “land” our sea-based missiles. So, what were they fighting for… And are Tomahawks put only on surface ships?

– Basically. True, they made the Virginia Block V submarine, on which they also put a certain version of the Tomahawk. At the beginning, the boat's ammunition included about 12 missiles. Then it was increased to 40. But they still have such a boat in piece copies (by 2029, 9 such submarines should enter service. – “MK”).

– We have a whole family of ships, starting from small missile ones, that carry Caliber. And all of them must be provided with ammunition. And the standard ammunition of the ship consists not only of those missiles that are directly on it. If, for example, we are talking about a strike group, then there is also a set of such missiles on support ships. And he must be there all the time. To do this, defense plants operate in a constant mode. And now in general in three shifts. “Calibers” are being made and will be made. Their production does not stop. So in Kyiv, let them not “worry” about us, let them think about themselves better.

– Of course, “Caliber” how much they don't beat in vain. It is inefficient, neither economically nor militarily, to hit sparrows with a cannon. However, one can often hear a misjudgment when they say: let's compare how much a rocket costs and the “barn” in which it hit. Say, it is inefficient! In fact, efficiency is measured differently. It is important what was actually in that “barn”. And when it turns out, then they say (conditionally, of course): yes, they also needed to throw a nuclear bomb there …

Of course, it is always required to adequately assess the targets for destruction. For example, the Kremenchug Oil Refinery, through which Caliber arrived. Could it be destroyed with other weapons? Yes, you can. Suppose we send aviation. But if the Ukrainian air defense was not completely suppressed, our aviation would immediately receive anti-aircraft missiles, as they say, on the tail. It is not clear whether some of the planes would have returned from there or not. That is, when means of destruction are selected, first of all they are evaluated in terms of the guaranteed result of the combat mission and the possibility of losses.

– If, for example, to hit distant targets – a thousand kilometers away, then the “Caliber”, of course, is good. The Ukrainians tried to shoot him down – and somewhere, they say, they shot him down. But still, the Caliber carried out their tasks in any case.

The Americans calculated how much we had already used up our high-precision missiles since the beginning of the special operation in Ukraine. Calibers, Iskanders, Kinzhals and other air-launched missiles were counted – all precision-guided munitions combined. Their number has exceeded 2000 units.

– Can. For example, I calculated that starting from 1991 – that is, from the first use of Tomahawks in Iraq to 2018, including the last salvo in Syria, which they fired back under Trump, on April 14, 2018 – during all this time, the Americans used 2520 Tomahawk missiles.

– Yes, but I emphasize: they counted not only the Caliber, but all of our high-precision missiles. This is Anglo-Saxon data.

“We are more productive. The Americans had more punctures. In Iraq in 1991, 65% of Tomahawk missiles reached their targets. If you recall Yugoslavia, then in 1999 they used 412 Tomahawks there. Of these, a little more than half reached the goal. The efficiency was 55%, because the Yugoslav air defense was working there. In Syria, in 2017, the effectiveness of the Tomahawk was 39%, and in 2018 – 20%.

– Yes . In Ukraine, at the very beginning of the special military operation, there really was a good air defense system, until we destroyed it. And then there were isolated cases of the destruction of our “Caliber”. The Ukrainian Buk-M1, Tor-M1 and Osa complexes worked on them. But I repeat: all these cases were isolated.

– Rather higher. We can talk about 90-95 percent efficiency. And let no one hope that we will not have enough missiles. Both now and in the future, we will always have enough of these missiles.