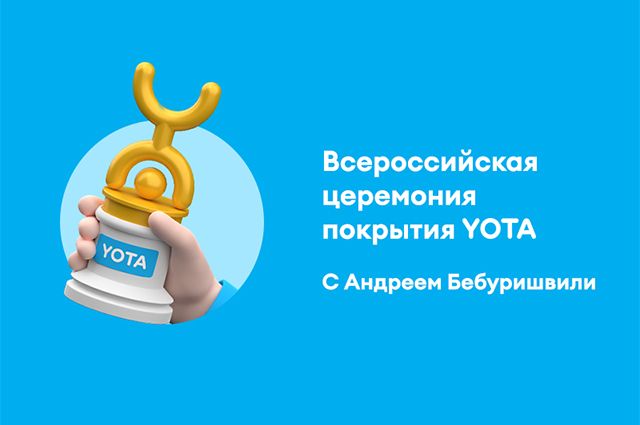 The ceremony of awarding the winners of the special All-Russian award was held. This award was established by Yota to evaluate how communication is used in different cities of Russia.  Andrey Beburishvili hosted the award ceremony.

Among the award winners are:

The operator also found out that Grozny — this is the city where people make the least phone calls, in Birobidzhan they use social networks most actively, and Moscow writes SMS most often.  Also, Novy Urengoy, Ufa, Saratov were awarded.