Although the main “fun” will still be in autumn and winter

The Prime Minister of Bulgaria, Kiril Petkov, who had just left office after a vote of no confidence in him by the parliament, blamed the collapse of the government on three of his local political competitors, as well as the Russian ambassador. I am very happy for Eleonora Mitrofanova – if the “accusations” (and in fact compliments) against her are justified, then this means that “our man in Sofia” (a paraphrase of the famous novel by Graham Greene) is doing his job well. 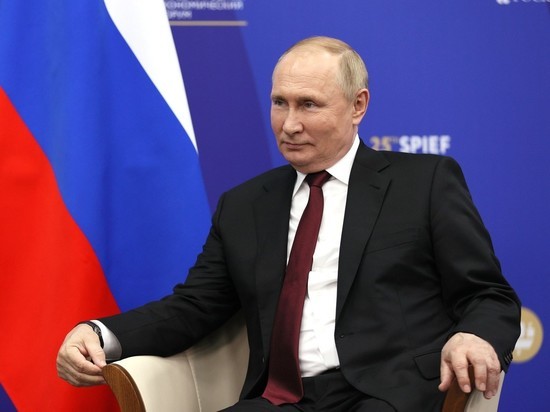 I suspect, however, that the point is not that “Batman” (a paraphrase of the no less famous Maria Zakharova) is currently working as the Russian ambassador to Bulgaria. Bulgaria is a state with chronic economic and energy problems. And when, against such a background, Prime Minister Petkov, for purely ideological reasons, “goes on principle” and, refusing to pay for gas in rubles, cuts off his country from Russian blue fuel, this hardly expands the base of his political support.

However, Bulgaria is a deeply peripheral front of the economic confrontation between Russia and the West. Lithuania, a country that recently quarreled with China to smithereens, for some reason established diplomatic relations with Taiwan, and now initiated a partial blockade of the Kaliningrad region, has come to the fore in this fight.

The President of this state, Gitanas Nauseda, has just stated that Vilnius is ready for such retaliatory measures from Moscow as disconnecting his country from the single electric ring of Belarus, Russia, Estonia, Latvia and Lithuania.

I am very glad that “ Vilnius is ready”: at one time I visited Lithuania almost once a month and, although this “time” has long passed, I still have deep sympathy for this small but very beautiful country.

But is Vilnius really ready for all possible retaliatory measures from Moscow? Isn't it in vain that he “on his own initiative” got to the forefront of the economic battle between Russia and the West?

On the one hand, the significance of the actions of the Lithuanian authorities should not be overestimated. The demarche of Vilnius is just an element in a long series of volleys of the economic war, which had been going on in a latent form even before February 24, and on that day it finally turned into a hot stage.

But if Lithuanian political circles comfort themselves with this thought , then the local servants of the people completely in vain refuse to see the “second side of the issue.”

Until now, all Western economic sanctions have been rolled over from outside. The partial blockade of the Kaliningrad region is a “rolling from within”, an attempt to tear Russia apart, to tear off a strategically important region from the Russian Federation.

I am sure that in Lithuania my term “rolling from the inside” will be considered not quite correct and in a sense they will be right. The Republic of Lithuania is in no way a part of the Russian Federation and, accordingly, cannot “roll over from within” against it. But what is 100% true from a philological point of view is not necessarily true from a political point of view to the same extent.

I do not yet have any insider information on this issue. But I know quite well the system of thinking of the top Kremlin authorities. And this knowledge of mine leads me to the following conclusion. “Russia will certainly react to such hostile actions. Appropriate measures are being worked out in an interdepartmental format and will be taken in the near future. Their consequences will have a serious negative impact on the population of Lithuania,” these words of the Secretary of the Security Council of the Russian Federation, Nikolai Patrushev, should not be treated as empty air shaking. Official Vilnius has crossed the red line and, accordingly, will find out what happens in such cases.

In response to Moscow's retaliatory actions, can Lithuania further raise rates and completely block transit to the Kaliningrad region? Forgive me for this sentence in the style of “Clara stole the corals from Karl, and Karl stole the clarinet from Clara. Clara does not have a clarinet, but there are corals. Carl has a clarinet, but no corals.”

No, I take back my plea for forgiveness. It is this somewhat insane patter that best captures the essence of events that can begin in this corner of the former USSR and quickly break out of it.

And, finally, the third logical assumption: the exchange of sanctions and counter-sanctions will not begin in the fall, but in the coming weeks and months.

Why is this important? Because many experts previously predicted that Russia's powerful economic counterattack on Europe would take place in the autumn and winter, a time when Moscow's “allies” would have such a powerful, but not very reliable figure as “General Frost”.

But in fact we have a fairly rapid acceleration of events already now. First, the Kremlin had such an unexpected “assistant” as Canada, whose actions de facto partially blocked Russian gas supplies to Germany (or created a convincing pretext for such a blockage). As a result, Berlin's plans to create maximum gas reserves for itself for the cold period were in jeopardy. And now “small but very proud” Lithuania has also contributed to the treasury of crises. I don’t know who, except Zelensky, will thank her for this.