At a meeting with graduates of military universities, the President of the Russian Federation recalled the historical past

At a meeting with graduates of military universities, Vladimir Putin said that a special military operation in Donbas would strengthen the Russian armed forces. The army and navy, according to him, are being improved in all segments and this is to the benefit of the entire military organization of the state. “There is no doubt that we will be even stronger,” the president stressed. 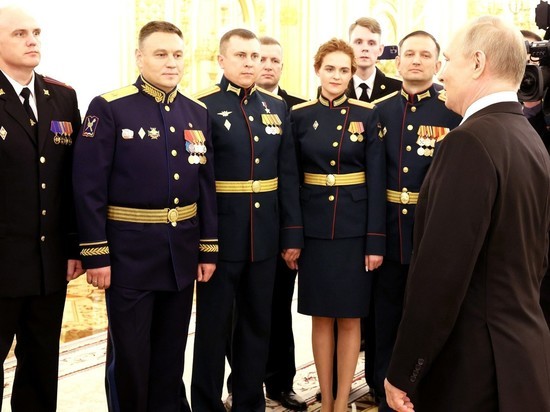 Graduates in caps and epaulettes are the only ones who are personally escorted to the “big life” by Vladimir Putin. Every year, honors students from higher educational institutions of law enforcement agencies – the Ministry of Defense, the Ministry of Emergencies, the FSB, the FSO, the Russian Guard, the Ministry of Internal Affairs and the Federal Penitentiary Service gather in the Kremlin to listen to the parting words of the Supreme Commander-in-Chief. All of them, according to Defense Minister Sergei Shoigu, received fundamental knowledge and unique skills.

The Minister stressed that the decision to become an officer is the choice of patriots, for whom the main task in life is the defense of the Motherland. “The country's leadership can be sure that the officers will do everything to ensure the security of the state, to combat new challenges and threats,” he promised.

Vladimir Putin, for his part, urged the newly minted “energetic and in a good way daring” commanders to act carefully and thoughtfully, not to brandish a saber and gradually get used to the realities.

“Do not forget that the effective application of the theoretical knowledge gained during study is possible only as you gain practical experience,” he admonished.

Putin expressed the hope that the officers would share their knowledge with the personnel and help the soldiers master modern weapons. The army, he said, plans to make greater use of robotics, the latest control and intelligence tools, unmanned aerial vehicles, as well as laser, electromagnetic and other weapons based on physical principles.

There were also mentions of the country's nuclear power. Putin said that by the end of the year, the first complex of the Sarmat heavy intercontinental ballistic missile would be on combat duty. The formidable weapon has a range of 18,000 km, can attack US territory from the south (previously this was possible only from the north), and is believed to be less vulnerable to missile defense. Further strengthening of the Armed Forces, according to the President, will take into account potential military threats and risks, as well as the lessons of modern armed conflicts.

Putin spoke separately about the key conflict for Russia – a special military operation in Donbass. He said that Russia has always had to go to the goal through difficulties and trials.

“In our history there has never been a time when we, as in some prosperous, but barely visible country on the map, felt that you can do nothing,” he stressed. Now Russia is going through yet another test and restrictions that affect both the civilian sphere and the armed forces. “The army and navy are improving in all the most important segments. We will be even stronger,” he stressed.

A graduate of the Academy of the General Staff, Rodion Kornilov, said that the Supreme Commander can rely on the officer corps. “We are ready and will honorably defend national interests, fight for sovereignty and crush neo-Nazism,” he assured.