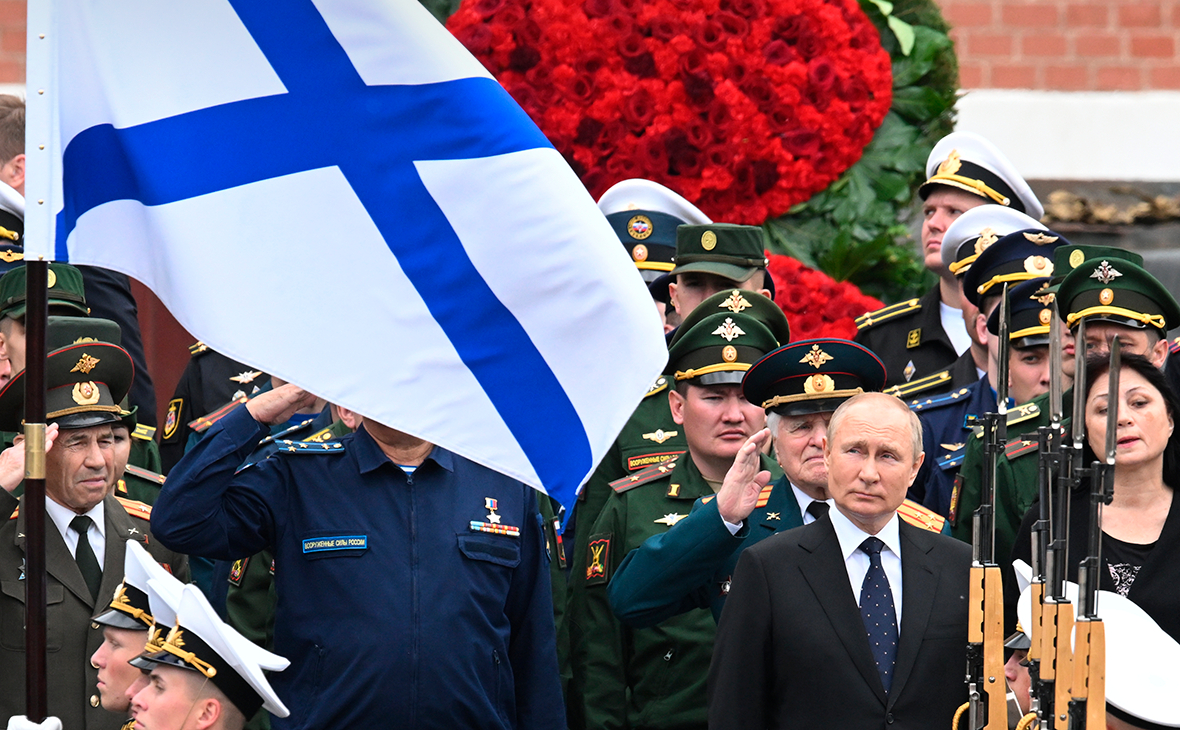 On June 22, on the Day of Remembrance and Sorrow, Russian President Vladimir Putin laid a wreath at the Tomb of the Unknown Soldier near the Kremlin wall, the press service of the head of state reports.

The traditional ceremony was held in Alexander garden. Soldiers of the guard of honor set up a wreath with a ribbon in the colors of the Russian flag with a gold inscription “To the Unknown Soldier from the President of the Russian Federation”.

After Putin, other participants in the ceremony laid flowers at the memorial.

The Day of Memory and Sorrow is celebrated in Russia on the day the Great Patriotic War began. On June 22, 1941, fascist Germany attacked the Soviet Union without declaring war.

In 1945, on June 22, the first Victory Parade was held on Red Square in honor of the end of the Great Patriotic War. Marshal of the Soviet Union Georgy Zhukov hosted the parade.

In the early days of the Great Patriotic War, poet Boris Kovynev composed a song about these events. The song begins like this:

Read on RBC Pro Pro “Hacker” or “Grandmother's”: how the font affects the perception of the text Research Pro First say “no”. Secrets of Professional Negotiators Summary Pro Charmed Everyone, Created a Cult and Made $1 Billion: The Story of the WeWork Creator Eat what nature intended to lose weight and improve health Summary Pro What risks do business in Russia with the parallel import of IT equipment Instructions Pro Why Russian oil and gas is still coping with sanctions pressure Articles

Kyiv was bombed, we were announced

That the war had begun.