For the first foreign visit since the beginning of the special operation, the Russian president chose the Caspian summit

Vladimir Putin made a foreign visit for the first time since the beginning of the special operation in Ukraine, confirming his handshake. The leaders of the Caspian states — Turkmenistan, Kazakhstan, Azerbaijan and Iran, who expressed their readiness to develop cooperation and implement new joint projects with Russia, were at the same, and very large, table with the Russian president. 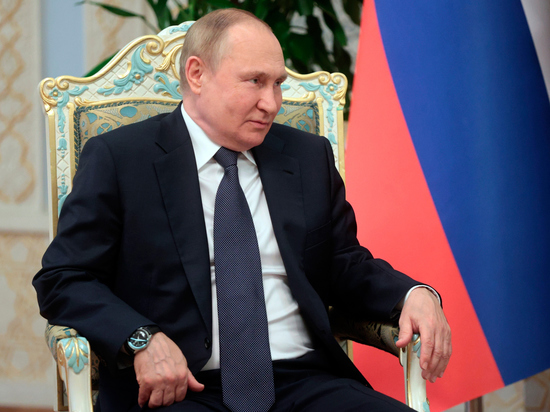 Vladimir Putin began his visit to Ashgabat with a visit to the ruling dynasty of the Berdimuhamedovs. Father – Gurbanguly – just turned 65 on June 29, and it is clear that this is an important national holiday in Turkmenistan. The President brought gifts traditional for the East to Arkadag – inlaid sabers, testifying to the valor and courage of the ruler, as well as gilded chess, hinting at his wisdom. In return (already according to the Soviet tradition), the hero of the day put a small change in the hand of the VVP – a guarantee that sharp edged weapons would not become a cause for contention. Commitment to good-neighborly relations was already verbally confirmed by the son of Arkadag, the current president of Turkmenistan, Serdar. However, Putin spoke with Berdimuhamedov Jr. for just a few minutes: the leaders met less than three weeks ago, so there are no new topics for full-fledged negotiations yet. 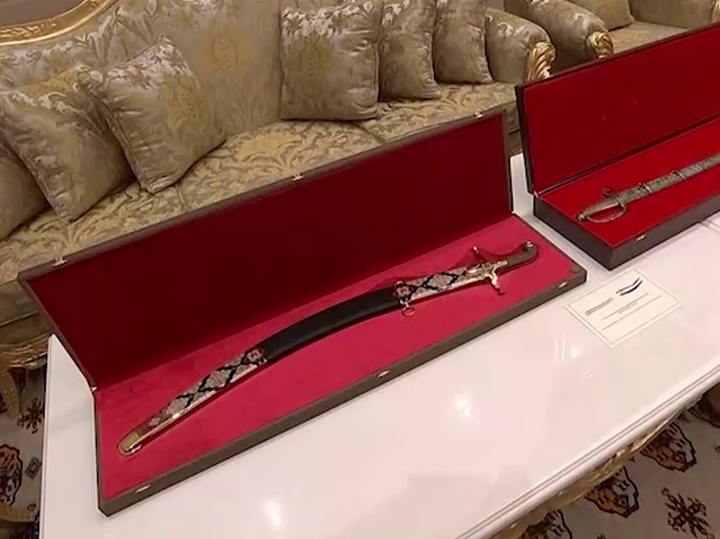 The main reason for Putin's visit to sunny (and the thermometer rose to 45 degrees Celsius) Turkmenistan was participation in the 6th summit of the Caspian states. This is the second departure of the Russian leader outside the Russian Federation in 2022 and the first since the beginning of the special operation in Ukraine. The GDP itself drew attention to the unusual format of the summit. “This is almost the first face-to-face meeting since the beginning of the pandemic,” he clarified in an interview with Serdar. Despite the fact that for two years Turkmenistan stubbornly denied the existence of problems with the coronavirus and recommended its citizens to chew licorice root for prevention, sanitary measures at the summit were very strict. Journalists were not let out beyond the press center at all. And between the leaders and members of the delegations admitted to the meeting room, such an impressive social distance was observed that the table in the Kremlin, which gave rise to numerous memes, began to seem like just a toy.

Against the backdrop of passions raging at the recent G7 meeting in Bavaria, the agenda of the Caspian summit looked completely cloudless. (Especially since the conflict in Ukraine was not mentioned in principle). According to the organizers, the heads of Russia, Turkmenistan, Kazakhstan, Iran and Azerbaijan gathered to “exchange views on a wide range of issues” relating to the Caspian region. As a result, the President of Kazakhstan, Kassym-Jomart Tokayev, said that the special importance of the Caspian Sea is growing in the face of “an unprecedented global storm.” Serdar Berdimuhamedov spoke in favor of ensuring strong, long-term and indivisible security in the region. And Vladimir Putin called for deepening cooperation between the countries of the “five” in all areas – from politics to environmental protection. The Russian President offered the partners several concrete and easy-to-implement ideas, such as organizing a joint film forum and a traveling carpet exhibition. For this, according to him, it is necessary to instruct the ministries of culture “to bring together the masterpieces of carpet weaving, which all our countries are proud of.” More complex and long-term projects, designated by GDP, include the development of transport corridors and the growth of tourist flows.

It is really difficult to overestimate the transit value of the Caspian Sea for Russia in the current geopolitical situation – this is the main part of the North-South route, on which great hopes are placed under the sanctions. However, as has been noted more than once, neither Russian nor Iranian ports in the Caspian are now ready for an increase in cargo flows. As for the development of tourism, Russians can easily visit only one Caspian country – Kazakhstan. And that is thanks to its membership in the EAEU. They may not be allowed into Azerbaijan after visiting Armenia. In Iran, you must follow a strict dress code and refrain from alcohol (you can’t import it, there’s nowhere to buy it). And Turkmenistan does not welcome tourists in principle. However, after the new bans introduced by Berdymukhammedov Jr. and restricting the right of women to ride a taxi, wear tight clothes and dye their hair, it is unlikely that anyone but supporters of a rigid housing construction will want to go there…

All leaders in their speeches emphasized the importance of the Convention on the Legal Status of the Caspian Sea, adopted in 2018. However, none of them mentioned that this most important document for the region is still not in force, since it has not been ratified by the Iranian parliament. For Russia, the convention is of fundamental importance, since it stipulates a ban on the presence in the Caspian of the armed forces of non-littoral states. Based on this provision, Moscow hopes to conclude an agreement with partners “on the development of confidence-building measures regarding the military activities of the Caspian states” (in other words, on military cooperation). However, other countries are more interested in the economic use of the Caspian, the shelf of which contains up to 6.5 billion tons of oil and gas reserves in oil equivalent. Tehran, which received a smaller piece of this pie than neighboring states, feels offended and has not ratified the convention for the fifth year. Vladimir Putin was supposed to discuss this sensitive and delicate issue at a personal meeting with Iranian President Ibrahim Raisi on the sidelines of the summit.