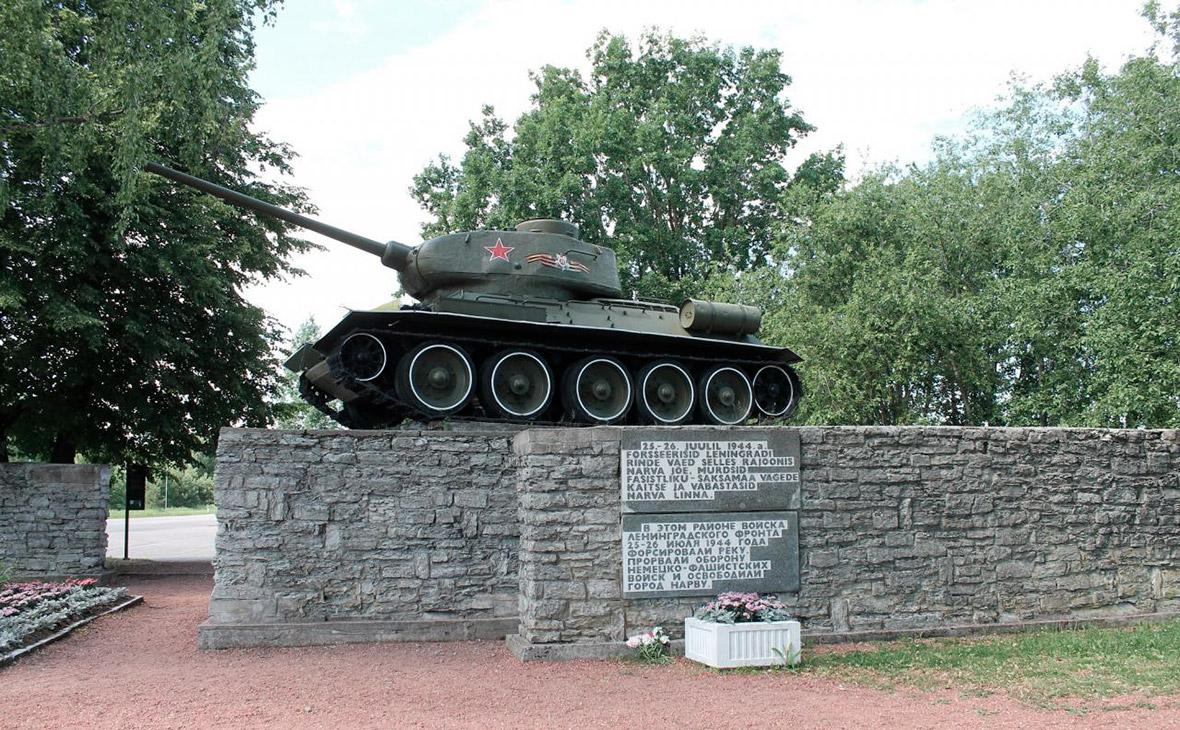 The ruling coalition in Estonian Narva parties (Narva Tulevik and Estonia 200) decided to move the erected monument in the form of a Soviet T-34 tank to a closed place in the city, ERR reports.

The deputies decided at the first opportunity to convene a meeting of the city assembly, at which the council would be instructed to dismantle the monument. A temporary commission will be created at the City Assembly, which will make decisions regarding the remaining Soviet monuments in Narva, the deputies plan. In “Estonia 200” explained that the monument to the tank should be moved because of the growing tension around it, and the residents of Narva themselves should decide.

“We don't want another” bronze night ” and we will find a solution to this issue in close cooperation with local organizations. We sincerely hope that the opposition in the Narva City Council will also support our proposal and we will be able to vigorously move forward with this topic,— said the head of the Narva district of “Estonia 200” Denis Larchenko.

«Bronze Night» in Estonia they named the evening of April 26, 2007, when, due to the decision of the authorities to move the Soviet monument “Bronze Soldier” riots occurred.

The T-34 monument is located on the left bank of the Narva River. It marks the place where the Soviet troops crossed the river to drive the German troops back from the city. The monument was opened in May 1970.

Read on RBC Pro Pro Dismiss and take back: how to formalize an employment relationship with the director of LLC Instructions Pro Food falls in price. Why global hunger is still real This is not an expensive product, you are a beggar”: how sellers manipulate customers Instructions Pro Where it is profitable and safe for Russians to buy overseas property Articles Pro Burger and running: how the head of McDonald's takes care of health Articles

Estonian Foreign Minister Urmas Reinsalu called for the removal of the tank within a month, writes ERR. According to him, the negative side of the story about the “Bronze Soldier” was that “the conflict has matured over the course of the year,” as a result of which thousands of people have gathered to express their attitude to what is happening. “Russian agents of influence were given the opportunity to kick up the dust, so it all ended in such a crisis,” — sure minister. Delay is not in the interests of Estonians and the Estonian state, he added.

Reinsalu urged “to solve the problem as a whole,” because if you simply remove the T-34 tank from the pedestal, another communist monument may soon appear in its place. “The tank has become a symbol, but symbols have their own magic. Symbols are used to judge who we are and what the values ​​of society are, — the Minister emphasized.

In April, the council of the Ogre municipality in Latvia decided to demolish a memorial sign in the village of Madlien in honor of the liberation from the German army. The monument was a massive stone with the inscription “On September 26, 1944, the Soviet army liberated Madliene from the Nazi invaders.” Dismantling was carried out on April 26. Soldiers were not buried near the stone. The authorities considered the monument “the bearer and mouthpiece of Russia's imperial ideology”, undermining the foundations of Latvia's independence.

The Russian Foreign Ministry called the incident a “flagrant incident” and “a savage stunt.” “Followers of those who, during the years of the Second World War, instead of fighting fascism, took the side of Nazi Germany, are beginning to behave more and more boldly,” — Ministry spokeswoman Maria Zakharova said.

On August 8, the monument “World Peace” was dismantled in the Finnish capital; (Maailman rauha) donated to Finland by the Soviet Union in 1990. The sculpture was a group of people from different continents of the Earth, each of them holding a globe framed with branches with one hand. A sidewalk will be laid on the site of the monument and a tram route will be organized that will connect the center of Helsinki with the island district of Laahasalo.