North Atlantic Alliance is going to strengthen its eastern flank

From 28 to 30 June, the NATO summit will be held in Madrid. Particular attention at the meeting of NATO leaders will be given to the Ukrainian theme. The parties will discuss the possibility of strengthening support for Kyiv. But among the members of the association on this issue there are a number of disagreements. The expert assessed whether the parties would be able to close the cracks in the desired “foundation of unity”, and also told what Russia should expect from the upcoming landmark meeting. 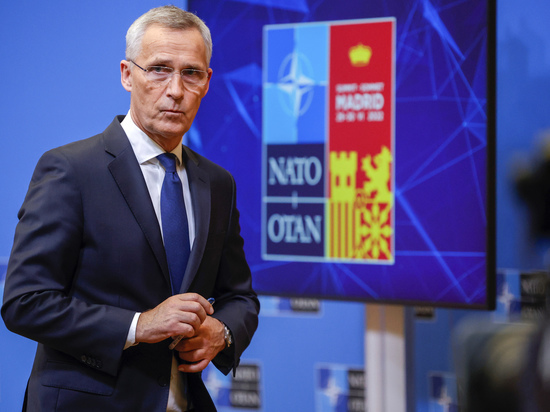 NATO Secretary General Jens Stoltenberg called the upcoming summit outstanding. “It will be historic, firstly, because the meeting of 30 allies will take place in the midst of the biggest security crisis in Europe since the end of World War II, – Stoltenberg noted. – Secondly, it will be historic, because we will make many important decisions.

NATO Secretary General also stressed that the parties will agree on the largest since the end of the Cold War; transformation of the collective defense of the alliance.

It is expected that the summit will discuss the issue of joining the block of Finland and Sweden. Consideration of these applications is actively blocked by Turkey. Ankara accuses Helsinki and Stockholm of supporting terrorists.

On the eve of the summit, Turkey once again confirmed that it was not going to join the anti-Russian sanctions of the West, as its economy would be seriously affected by this decision. Moreover, the official representative of the Turkish leader, Ibrahim Kalyn, said that the launch of the Russian special operation in Ukraine was not accidental, since it was preceded by decisions by NATO and the West.

“Over time, China quickly rose to the top of the economic pyramid, – Kalyn noted in an interview with journalists on the Haberturk TV channel. – Suddenly it became the second largest economy in the world. Russia began to doubt the pyramid in geostrategic and military terms, proposed to renegotiate the terms and sign a new balance agreement in 30 years. Those who wanted to suppress those trying to get out from below said: let's go the way of conflict.

Meanwhile, Stoltenberg announced that at the Madrid summit Russia would be declared a “threat to peace and stability.” In the new Strategic Concept, special attention will be paid to strengthening the military position against the “become more aggressive” Moscow.

According to preliminary data, the updated NATO concept will outline longer-term and multifaceted challenges to Euro-Atlantic security from China, as well as the alliance’s approach to transnational threats in the climate and space spheres, in the field of cybersecurity, etc.

In addition, according to the White House, the United States “will announce steps to strengthen European security. Major new commitments are also expected regarding Allied contributions.

comments “MK” President of the Euro-Atlantic Cooperation Association Tatiana Parkhalina. – The previous one from 2010 stated that one of the main goals of NATO is to form a genuine strategic partnership with the Russian Federation. However, now, for the first time since 1967, Russia will be recognized as an enemy and threat to the alliance.

The importance and seriousness of this concept should not be underestimated, despite the fact that it will be implemented at a declarative level. The consequence of this will be the further strengthening of the eastern flank of the association. For understanding: until February 24, there were 4,500 NATO forces there, but now there are 40,000. For the first time, an alliance rapid reaction force has been deployed on the eastern flank and in Europe.

Moreover, we are talking about a serious increase in the presence and weapons. Moreover, in conditions when none of the parties withdrew from the founding act of 1997. On paper, it still formally exists. If this document spoke about the possible presence of NATO units on a rotational basis, now, apparently, we will talk about the presence on a permanent basis.

There has never been a unified position on all issues in such structures as NATO and the European Union, and, most likely, never will be, the expert believes. There is always compromise diplomacy, ongoing negotiations and discussions, which sometimes take considerable time.

“About” poured concrete ” the community need not say, – continues Tatyana Parkhalina. – The vitality and effectiveness of an organization is determined not by whether problems arise, but by how they are solved. There have always been disagreements in NATO on various occasions and issues. I think to some extent they persist. What would I pay attention to in this regard: on Sunday, June 26, on the sidelines of the G7 summit; French President Emmanuel Macron met with British Prime Minister Boris Johnson. Politicians represent two schools in the collective West and two approaches to resolving the situation in Ukraine. In short, in the “victory party of Kyiv” includes the UK, Poland, the Baltic states and part of the American establishment. In “the party of the beginning of the Russian-Ukrainian peace talks” – France, Germany, Italy and Hungary.

The agreements that were reached between Macron and Johnson just indicate that a common position has now been developed: the parties promised to provide assistance to Ukraine as much as needed, and also not to resolve the Ukrainian issue without the country itself. Only Kyiv, according to Western representatives, will depend on the conditions under which it will or will not sign peace agreements. In addition, the head of the British government urged not to exert any pressure on Ukraine under the terms of a possible agreement.

Thus, the existing cracks between these two countries were covered with concrete putty. The parties managed to eliminate these disagreements.

According to the expert, in recent years, “enfant terribl” The North Atlantic alliance is Turkey. In this sense, she took the place of France. Ankara, unlike most NATO members, has refused to impose sanctions against Russia. Moreover, the country opposed the possible entry into the alliance of Finland and Sweden.

“However, in the last two days there has been information that Ankara’s veto over Helsinki and Stockholm may still be overcome, – the expert continues. – As for economic sanctions, NATO does not deal with them. This is being done by the European Union, the G7 (G7). And just these days in the Bavarian Alps there is a talk about how to further strengthen the restrictions on Russian oil, gold, etc.