Megan Thee Stallion was totally geeking out over a text message exchange with Beyoncé and JAY-Z after “Savage” remix topped the chart.

Megan Thee Stallion recently earned a number one single, but even more excitingly for the Hot Girl Summer, she did it with Beyoncé. The “Hot Girl Summer” rapper does not even have a debut studio album under her belt, but her most recent EP is the one that is bringing her the most success. “Suga” was released in March, with its third single, “Savage,” dropping on April 7th. The track went viral on Tik Tok, where it had people performing a signature dance, but it was only a few days back that “Savage” truly claimed it’s crown when it reached the top of the Billboard Hot 100.

The song is undoubtedly catchy with a trippie beat and unique lyrics, but the addition of Beyoncé on its remix is what added the sparkle it needed to make “Savage” a number one single. 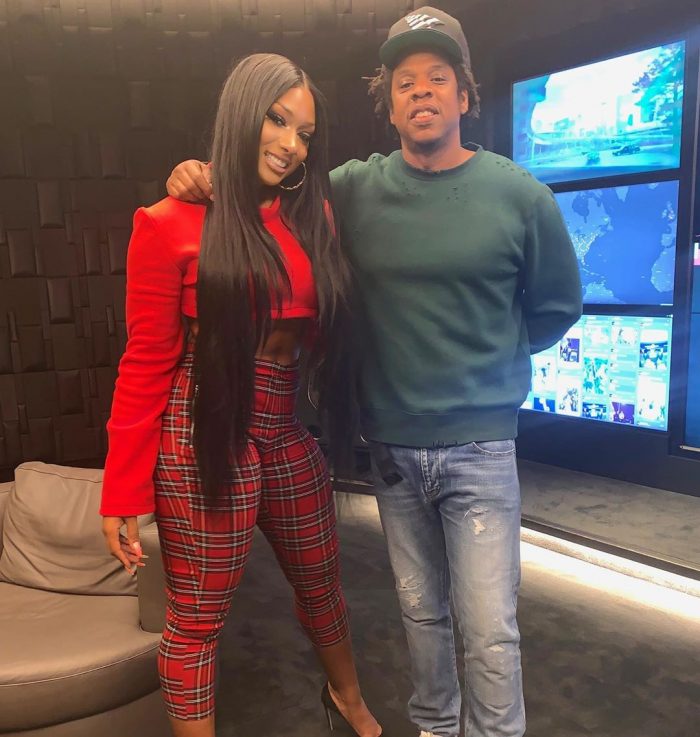 Megan Thee Stallion recently shared with Entertainment Tonight how it was, in fact, her new management team who got the kick-ass female pair together. Megan signed with Roc Nation Management last year. At the time, the move created drama within her world as they pointed out the unfair clauses in her recording contract with 1501 Certified Entertainment that she had signed as an unknown artist in Houston.

Under the agreement, 1501 gets 60% of the money she makes from her recordings (which she has to pay for making out of her share), 30% from her touring which they control, and 30% of her merchandise revenue. When she pointed this out to the label, it started a stand-off in which they refused to release her music, and she obtained legal orders forcing them to do so. The blessing of Roc Nation is that it also belongs to JAY-Z — whose wife is Beyoncé.

Following the collab with the “Brown Skin Girl” singer, Megan Thee Stallion became a brand ambassador for Savage X Fenty, which means future music with Rihanna could well be on the cards.