In Europe, there is not even a trace of political figures of the level of Helmut Kohl, Jacques Chirac or Margaret Thatcher, the deputy chairman of the Russian Security Council believes. He called those who are now “stunted growth” of technocrats 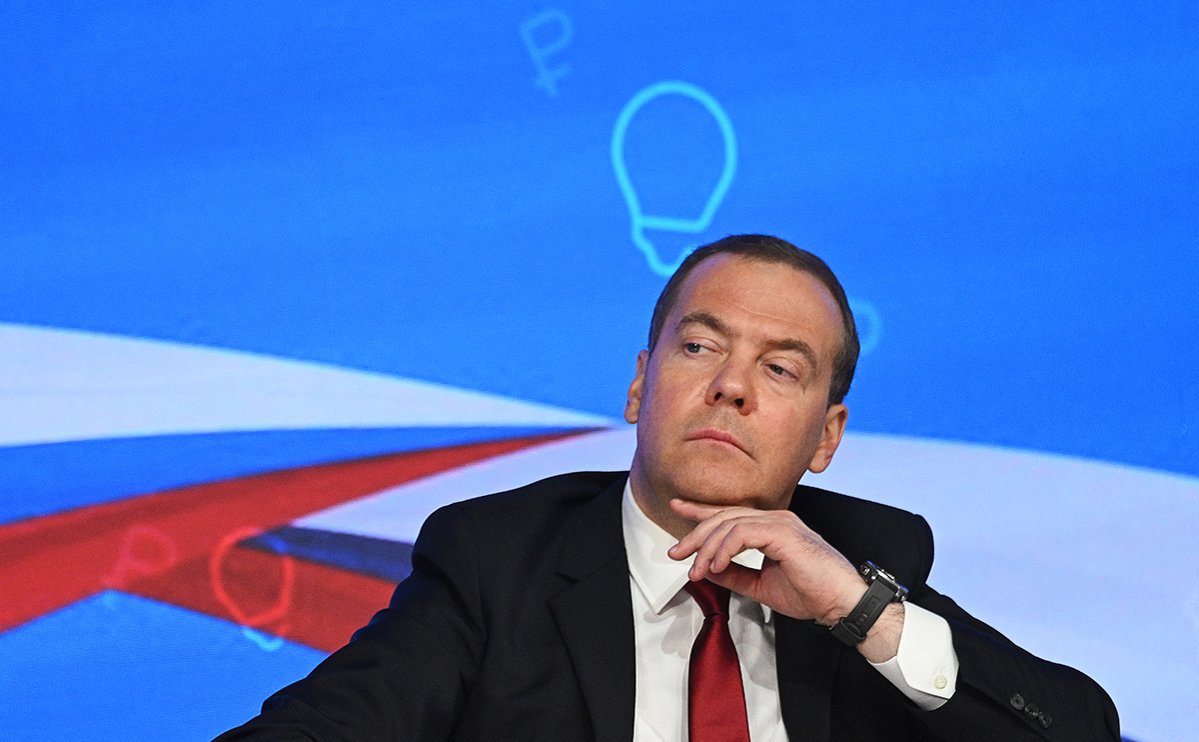 “I have been communicating with foreign leaders for quite a long time and I see how much the level of Western politicians has fallen,” — he said.

According to him, Europe is now run by people who are not able to take responsibility. “No offense to anyone, but it is obvious to everyone that Mario Draghi— this is not Silvio Berlusconi, and Olaf Scholz is not Angela Merkel. These are new people and a new, in my opinion, far from the best era of public administration, — Medvedev noted, calling modern politicians “stunted undergrowth”; technocrats.

“The problem of the degeneration of European politics is primarily due to the fact that it has become a pale backing vocal for American soloists. Charles de Gaulle could object to any American president. And now which European will do it without shaking hands?»— Medvedev asked a rhetorical question.

“As Vladimir Putin once aptly remarked,” after the death of Mahatma Gandhi, there is no one to talk to,”— summed up the Deputy Chairman of the Security Council.

Medvedev has been actively maintaining his Telegram in recent months. One of his most resonant posts was published on June 7th. In it, he explained why his posts on Telegram are “so harsh.” “People often ask me why my posts on Telegram are so harsh. I answer —I hate them. They are bastards and geeks. They want death for us, Russia. And as long as I'm alive, I will do everything to make them disappear, — written by Medvedev (spelling and style of the author preserved).

Earlier in an interview with Al Jazeera Medvedev said that he runs his Telegram channel personally.

“It seems to me that the style of what is published there clearly indicates that I am directly involved in this. Sometimes, maybe, things are not presented there in a completely diplomatic language, but I think that people should receive such information— citizens of our country and in general citizens of other countries from politicians— in an understandable, simple language, without ambiguities, diplomatic tricks … Intelligibly and at the same time directly. That's why I stick to this style there,” — said the deputy head of the Security Council.

On June 19, Medvedev wrote that it would take decades to fulfill the conditions for Ukraine's accession to the European Union, but by that time the EU could suffer the fate of the USSR. He recalled the CPSU program adopted in 1961, in which citizens were promised life under communism, but this never happened: the USSR collapsed and the Communist Party was liquidated.

Read on RBC Pro Pro Irresponsible investments: why business rebelled against ESG Articles Pro Should we expect a boom in demand for suburban real estate Articles Pro Purchases from a single supplier under sanctions. What to consider Cases Pro What companies need to consider when creating a corporate superapp for employees Instructions Pro A weakening player: what foreign media predicts for Russian oil and gas Pro Articles Capitalism in Russia failed to build. What model to replace it Articles Pro Paleo Diet. Eat what nature intended to lose weight and improve health Summary Pro I work a lot and spend little time with my child. Am I a bad parent? Instructions

“The situation with the onset of global happiness in the Union reminds me of the incantations made by the European Commission regarding the candidacy for Ukraine”,— Medvedev wrote.