The President of the Fifth Republic will need to show “dexterity and cunning” in order to survive.

French President Emmanuel Macron's Coalition “Together!” lost its majority in the second round of elections to the lower house of parliament. She lacked over 40 seats. Now Macron and his associates will have to make compromises with other parties. Indeed, without allies in the National Assembly, it will become impossible to promote many elements of the election program of the recently re-elected French leader for a second term. The expert assessed the prospects for the development of this situation. 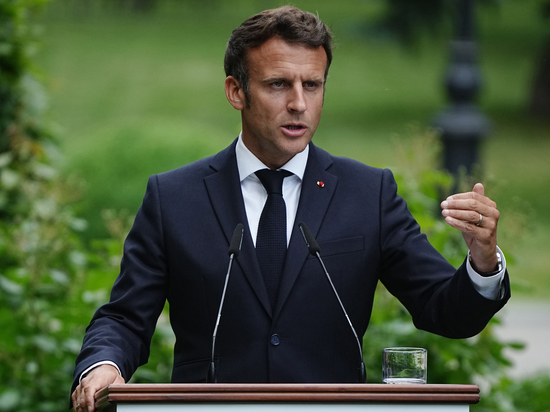 Formally, the coalition “Together!” became the winner of the second round of the parliamentary elections in France. With 245 seats, it is still considered the largest political force in the next National Assembly. But at the same time, Macron and his supporters did not achieve an absolute majority in the lower house of the French parliament. To do this, they needed 289 seats out of 577.

The left bloc “New People's Ecological and Social Union”, led by Jean-Luc Mélenchon, predictably took second place in the elections, receiving 131 seats in the National Assembly and, in fact, securing the role of the leading opposition force in the lower house of the new composition.

And the last elections were a real success for the “National Association” Marine Le Pen. Right-wing populists received 89 seats. Such a result gives them the right to form their own faction in the National Assembly of the country.

“This group will be by far the largest in the history of our political family,” said the far-right ex-presidential candidate of France. – This trust obliges us, we have achieved our goals: to make Macron the president of the minority, without control over power.

Center-right Republican Party meanwhile won 61 seats in the National Assembly. Characteristically, the voting took place at a very low turnout: about 54% of voters ignored the elections.

Observers have likened the French election results to a “political tsunami.” Most experts believe that the current voting results will be a harbinger of serious domestic political problems for the French leader and his associates. Macron and his team will have to make compromises with other parties. The fact is that without at least situational allies and partners in the National Assembly, it will become impossible to promote many elements of the presidential election program.

Emmanuel Macron can also create a minority government. However, it will have only limited administrative power and will probably not even be able to pass a budget bill on its own at the end of the year.

Moreover, as head of state, Macron has the right to call early parliamentary elections at any time. At the same time, no one can guarantee that he will be able to restore the lost majority.

“The situation in which Emmanuel Macron found himself is really difficult, but he will have to work with it somehow,” MK comments ; senior researcher at IMEMO RAS Arina Preobrazhenskaya. – He cannot dissolve the National Assembly, because he will get the same result. At the moment, the French leader has only two options.

First of all, he may start looking for some kind of permanent alliance, for example, with the “Republicans”. On some topics – such as pension reform or the budget – the parties could find a common language. However, the difficulty lies in the fact that the “Republicans” are elected as an opposition force and do not at all seek to unite with Macron. In any case, their leadership has already rejected such a pact. Of course, some of them can be won over to their side, but this will not happen tomorrow. And the head of state lacks a lot of votes, about 40–45».

Moreover, according to the expert, real unions will be viewed depending on the bills adopted in the near future. There are initiatives that will be supported by one political force and criticized by others.

“However, there are certain difficulties here, too,” the political scientist continues. – For this, a prime minister with extensive political experience is desirable. And Elizabeth Born (she was put at the head of the French government quite recently, on May 16 «MK») – technocrat. She was appointed to carry out reforms. She has the National School of Bridges and Roads behind her. That is, she never held any elective office. So, he will learn.

Therefore, now Macron and his associates are thinking about what to do next. It is no coincidence that they consulted for three hours on Sunday before Elizabeth Bourne finally squeezed out a two-minute speech. In any case, the head of state will have to look for various options for solving this problem by trial and error.

Another question is how much President Macron will now be able to promote his reforms, the expert believes. Re-elections in general are not very good for them. However, the French leader has no choice but to “vigorously strive for a new political experience for him.”

If we talk about the opposition, then Marine Len Pen said on Sunday evening that she would represent a constructive and firm opposition, “seek all the patriots to unite.” Moreover, even in this case, it will not have a majority.

The result is a split and fragmented National Assembly with a significant representation of radical opposition forces. Therefore, in principle, the prospect of an institutional blockade of bills is real. But it can be avoided if Macron manages to show political dexterity and cunning.