Rishi Sunak is forced to adapt to his rival

Lise Truss and Rishi Sunak – the main contenders for the post of British Prime Minister – continue to fight for the right to become leaders of the Conservative Party. Truss continues to keep the information field in good shape, not missing a moment to mention the situation in Ukraine, and Sunak is trying to change tactics to increase the rating. 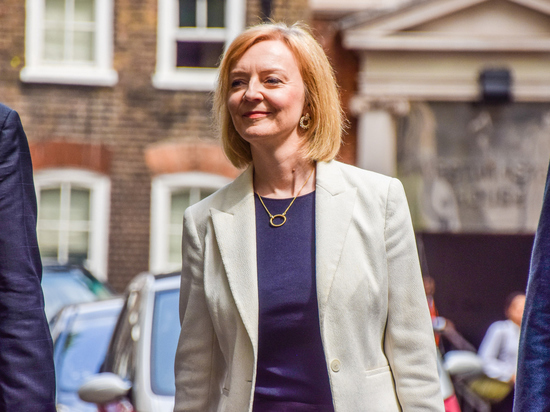 Following in the footsteps of Boris Johnson, Liz Truss vowed to become “the biggest friend” Ukraine as prime minister. The current British Foreign Secretary and potential leader of the Conservative Party also plans to double support for Ukraine, and it promises to make its first call in the new status to Volodymyr Zelensky.

According to the Daily Mail, Truss also announced an update to the Integrated Defense and Security Review in light of the conflict in Ukraine, which opposition MPs and the House of Commons defense committee have been pushing for months.

In the words of Truss herself, “What is happening in Ukraine is important for all of us. This is not just a battle for territory or a conflict between two peoples. In the image of the head of the Foreign Office, the Ukrainian conflict is presented as a “great struggle”; between those who believe in sovereignty and self-determination and regimes “who want to crush freedom and genuine democracy.” The habitually tough stance of one of the main contenders in the electoral race among the British Conservatives is also confirmed by statements about the “continuation of arms, aid and diplomatic support”; Kyiv.

All the loud controversy of Liz Truss seems to put another candidate on the back burner – Rishi Sunak, who left the post of Chancellor of the Exchequer on July 5, 2022 and entered the race for the right to become prime minister.

According to the Russian political scientist, deputy director of the Center for Political Technologies, Alexei Makarkin, Liz Truss, as the closest associate of Boris Johnson, will continue to continue the policy of his predecessor. It all depends on the degree of initiative.

– Trass was very seriously involved in supporting Ukraine, – Alexey Makarkin comments. – She will pursue the same policy as Boris Johnson. The difference is that Johnson is a very enterprising politician, and Elizabeth Truss – the person is more opportunistic. At first she was against Brexit, but after the referendum, when her party took the lead, she became a supporter of it. On Ukraine, she initially took the same position as Johnson, she linked her name to the agenda. Therefore, it is unlikely that she will change her attitude to the crisis issue.

Competing with Truss, Rishi Sunak found himself in a difficult position in this situation. He received initially great support from the Tory deputies, but support among the party activists turned out to be extremely low. According to the expert, Sunak came with a very moderate program, and to a lesser extent was associated with the support of Ukraine. The disadvantage of his position lies largely in the detachment from the Ukrainian issue. This fact causes Sunaka to change his attitude to the situation in order to increase his rating.

– When he felt that he was losing in the ratings, he toughened his position on Ukraine, – Alexey Makarkin comments. – Obviously, conservative activists have a request for the policies of Johnson and Truss. Accordingly, Sunak followed them, changing not only his position on Ukraine, but also on China. Among the conservatives, there is a noticeable request for a successor to the line of Boris Johnson, but without scandal. Liz Truss is actively positioning herself as the image successor to Margaret Thatcher, and Sunak failed to find a coherent approach to the election campaign.

According to the expert, Sunak's turn to a tough policy on Ukraine may not have a very good effect on the candidate. Even now, all his statements are secondary compared to the speeches and statements of his opponent:

– To say that the results of the elections, which will be finally known only in September, is a foregone conclusion – not properly. Any campaign, not excluding the current British one, can have an unexpected twist. And if it can be said about Liz Truss that she will not change her position in the chair of the Prime Minister of Great Britain, then the victory of Rishi Sunak may by default lead the previously more moderate candidate along the traditional Johnson line. However, the policy itself in this case will be conducted with less personal involvement, but on the whole it will remain the same.

But do not forget that Liz Truss, thanks to her invariability, also outlines grandiose plans in Ukrainian direction. Thus, as Prime Minister, she promises to hold a conference on the restoration of Ukraine to bring Kyiv and its allies together to discuss these issues, writes the British press.

It seems that Liz Truss with the dream of “creating a global era global security» now looks more convincing than her opponent Rishi Sunak, who is torn between her views and the party line. Only one thing is predictable, in any case, the situation will remain stable and changes in the political direction are all as vague as Albion itself.