The United States deployed six F-22 Raptor 5th generation stealth fighters to Poland from an airbase in Alaska. This was reported by the departmental publication of the US Department of Defense Stars and Stripes. According to the official version of the Pentagon, the transfer of aircraft is aimed at containing Russia on the eastern flank of NATO. According to an unofficial opinion expressed by a number of experts, this can be considered a step in the immediate preparation of NATO for an imminent war with Russia. 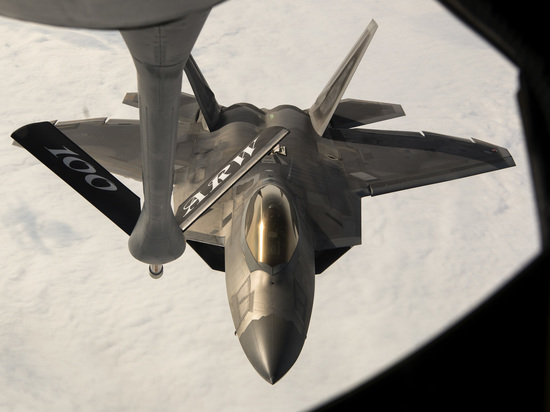 What can these actions of the Pentagon really mean, are they directly related to the events in the Donbass, “MK” told military analyst, editor of the Arsenal of the Fatherland magazine; Alexey Leonkov.

“The stuffing of information about the relocation of the F-22 suggests that this threat is not serious,” Leonkov believes. – If it were real, the US would try to carry out the transfer in secret. And so they said about it in advance, so that, God forbid, we would not think that this was an act of direct aggression and would not smack something on their planes.

This kind of relocation, the expert explained, had happened before as part of the exercises that were conducted on the territory of Poland.

– These American planes previously took part here in the Defender Europe maneuvers; or “Baltops”. In general, the Americans periodically bring them to our border, practicing training tasks that in military language sound like “mastering the theater of military operations.”

According to the expert, at the moment these aircraft do not pose a direct threat to us. Such a threat could be called their flights with weapons directly at our borders. Then the air defense systems, which are based in Belarus and the Kaliningrad region, would come into play. But for now, these planes in Poland can be considered an indirect threat to us.

“While practicing combat training missions,” the expert clarifies, “the American military needs to maintain a degree of tension: they say, the United States is always resolutely ready at any moment, immediately, without lacing up its boots, immediately join the battle. What kind of fight – they don't specify. In this case, apparently, a propaganda battle – a demonstration of support for Ukraine in its struggle for “democracy”; and other “European values”. As evidence of such support, these six F-22 Raptor flew in. If, for example, 50 of them arrived, then I would say: yes, this is very serious. But I still can't say the same about six.

The American F-22 Raptor will reportedly be based at the 32nd Tactical Air Base in Laska, Poland. At the same time, the Americans should not forget, Leonkov emphasizes, that S-400 complexes from the Kaliningrad region control the airspace within a radius of 400 kilometers.

– These complexes, the expert says, perfectly “see” all the so-called “stealth aircraft”, thanks to radar stations (RLS) with phased antenna arrays installed on them. By the way, we perfectly “saw” the F-22 and in Syria when they flew there. In addition to the radar of air defense systems, they are also perfectly “seen” by our Su-35 aircraft. One even drove such an insolent person away from our Su-25s somewhere near Deir ez-Zor. So we are familiar with this kind of threat. But, of course, we will not leave them unattended.