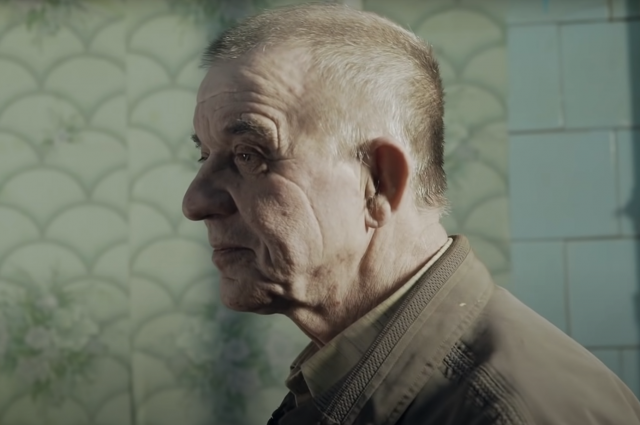 The proverb “The humpbacked grave will fix” is the best suited for the story of the "Skopin maniac" Viktor Mokhov. The criminal, whose release in 2021 made a lot of noise, became a defendant in a new criminal case.

72-year-old Viktor Mokhov for six years after his release had no right to attend mass events, appear on the street at night, and was also required to report to the police twice a month.

However, he apparently considered these measures optional for himself. Mokhov participated in feasts, which sometimes took place at his house, and sometimes at his acquaintances. As a result, another booze at Mokhov ended in a murder. According to a law enforcement source, the killer suspected the victim of petty theft and, without thinking twice, “punished.” Mokhov, without much hesitation, undertook to help in hiding the evidence.

While the new case is being investigated, the “Skopin maniac” imposed a penalty in the form of arrest for 10 days for violating the established regime — Mokhov did not spend the night at home.

The owner of the underground prison

In 2000, Mokhov, a resident of the town of Skopina in the Ryazan region, kidnapped two girls aged 14 and 17, whom he kept for four years, regularly raping them, in an underground prison specially equipped for this. Almost four years later, the captives managed to hand over a note thanks to which they were released.

And in the spring of 2021, many were shocked by the news — «Skopin maniac» goes free. Life imprisonment in his case was not provided, good health allowed him to serve the term in full, after which he returned home.

And soon there were rumors that Mokhova was going to invite one of the federal channels to a talk show. After the uproar, the personal visit of the “Skopin maniac” did not take place in the studio, but Ksenia Sobchak came to him.

The ex-presidential candidate of Russia explained the film about Mokhov, filmed for her YouTube channel, as follows: “This is our conscious choice — mine and my team. And this is our right as journalists — explore the boundaries of good and evil. One cannot understand the nature of evil unless one enters its territory. Talk about the fact that Ksenia Sobchak's film about a maniac can provoke or inspire someone to commit crimes, of course, they flatter me, but you overestimate me. A much more inspiring example is the feature films — let's ban them! … For some reason, everyone is used to thinking that an interview with a maniac or a film about him — it's some form of compliment. What if the interview, then always with a good and right person. And as for me, the journalist who does not take advantage of the chance to interview Hitler is bad.

Shooting with Sobchak herself clearly affected Mokhov — and before that, the criminal, who had not suffered from remorse, felt like a real star, and increasingly began to neglect the restrictions prescribed for him. Probably, in this situation, a new criminal case became virtually inevitable.

But here's what's interesting — it seems that the “shadow of Mokhov” also fell on Sobchak, because the number of dubious stories involving herself and her closest associates increased significantly.

In October 2021, Sobchak near Sochi got into a fatal accident . Without waiting for the proceedings, the politician and blogger rushed off to the airport, afraid of being late for the Moscow flight.

In addition, the Federal Antimonopoly Service — because of the intrusive advertising of alcohol brands in her videos. There was also a conflict around her educational course “The Sobchak Method”. — paying 600,000 rubles each expected Sobchak to enlighten them personally, but instead they received only pre-recorded lectures. Considering themselves deceived, the clients turned to the competent authorities.

And the day before it became known that a permanent member of the film crew Sobchak Sergey Yerzhenkovwas fined 15,000 rubles by the Kasimovsky District Court for vandalism against a monument to Lenin. Yerzhenkov and his accomplice painted the monument with white paint, putting political slogans and obscenities on it.

What else was there — political activism or alcohol abuse — unclear.

Companion Sobchak claimed that he would be “imprisoned for three years”, but the court's decision turned out to be the mildest possible. The prosecutor's office, by the way, is considering filing an appeal against the decision.

A new term is very likely

And now Mokhov again. But they told Ksenia Anatolyevna that nothing good came from an interview with the “Skopin maniac” will not work. It is clear that to accuse Sobchak of provoking the criminal to new “exploits” — that's too much. But, most likely, without these shootings at the “Bloody Lady” he would not have become so insolent.

Part 2 of Article 316 of the Criminal Code of the Russian Federation provides for a maximum penalty of two years in prison. In the case of Mokhov, he is unlikely to count on indulgence.