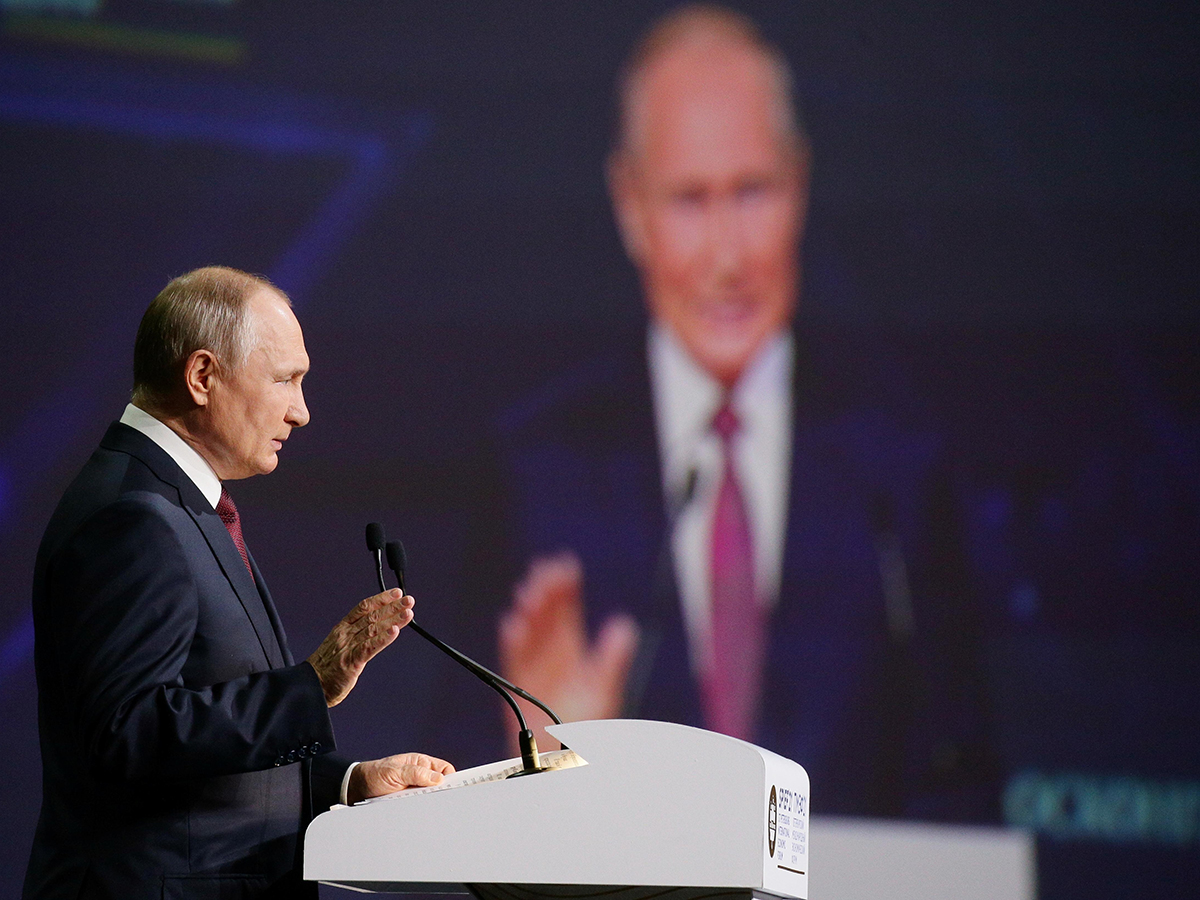 The President of Russia assessed the current situation in world politics and the economy, saying that the United States declared itself to be God's messengers on Earth.

During his speech, he, in particular, criticized the West and anti-Russian sanctions.

At the same time, he stated that the Russian Federation has nothing to do with the energy crisis in Europe.

In his opinion, Western politicians “did things themselves and are looking for the guilty”. As the reason for the difficult energy situation, Putin pointed to the failed policy in this direction.

The head of state also criticized the speed of the introduction of anti-Russian sanctions and their volume. In his opinion, these indicators are unprecedented for the world.

“The calculation [of the imposition of sanctions] was clear: impudently, with a swoop to crush the Russian economy”, – Putinn said, calling the restrictive measures against our country insane and thoughtless.

He also noted that the United States declared itself to be the messengers of the Lord on Earth, without obligations, but with interests.

< p>He noted that the elites in the West do not want to notice the changes and live in an illusion, while the countries of the “gold billion” continue to consider other states as their colonies and second class.

Speaking at the SPIEF, Putin also gave recommendations to Russian business. He called on entrepreneurs, in particular, to work at home.

“At home – more reliable”, – he said, noting that those who thought otherwise lost a lot of money.

Vladimir Putin also suggested that many inspections of Russian business be permanently abandoned.

“There is every reason to take another cardinal step forward – permanently refuse to conduct inspections of all Russian businesses whose activities are not associated with high risks of harm”, – said the head of state.

At the same time, he called for a careful approach to the decriminalization of economic crimes.

In addition, the president said that he considers it possible to reduce mortgage rates to 7 %. He noted that the program will remain valid until the end of this year.

Recall that the Central Bank of the Russian Federation lowered the rate on preferential mortgages to 9%.