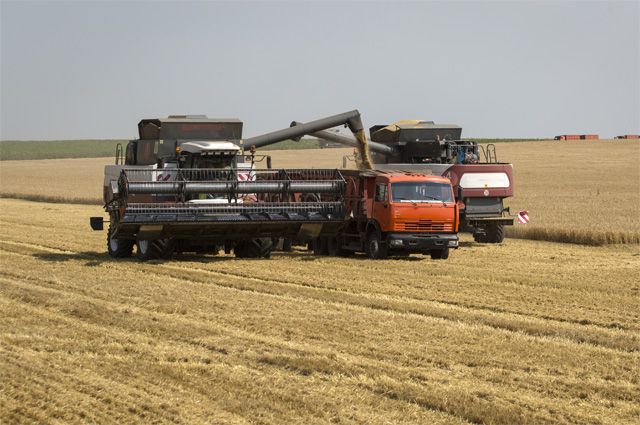 The previous record was set in 2017 and amounted to 134 million tons. Obviously, this year this figure will either be very close to the record, or even exceed it. Why is there such a wide spread in the forecasts and what can we really count on, was explained to aif.ru in the United Grain Company (OZK).

“Now it is difficult to give exact figures for the grain harvest, — said CEO of OZK-Trading Alexander Kichatov, — weather risks can slow down the pace of harvesting in the fall, and this may negatively affect the overall collection. Therefore, it is better to evaluate the harvest in a month and a half. Now, with all the variation in forecasts, it is obvious that the harvest will be fantastic. I think we will approach 130 million tons. But with such a large volume, the quality decreases, “wet” a year associated with high rainfall “wash” gluten from grain, the share of food wheat will decrease, and fodder — will grow.

There are some difficulties in assessing carry-over balances, there is no confidence in their objectivity. But in any case, it can be unequivocally stated that this year's grain harvest will both ensure Russia's food security and preserve our export potential, which is estimated at 40-41 million tons.

At the same time, the USDA assumes that thanks to high demand from importers and a large harvest, Russia will be able to export a record 42 million tons. Our grain is bought with pleasure in Turkey, Egypt, China and some EU countries. And, for example, Benin completely covers all its needs for wheat with the help of Russia, Sudan — by 75%, Rwanda, Tanzania, Madagascar, Congo — by 65%.

But bravura forecasts have a disturbing underside. With record harvests, the financial condition of farmers paradoxically falls. The purchase of imported equipment has become inaccessible, and its operation in those farms that bought it earlier is difficult due to difficulties with the supply of spare parts. At the same time, prices for a domestic simple tractor soared to 19-20 million rubles. Mineral fertilizers, which we supply half the world, have become an unaffordable luxury for many farmers. The prohibitive rate on loans from banks makes bank loans impossible, and farmers are forced to mobilize all the remaining funds for the purchase of fuels and lubricants, which are also not cheap, but without them, in principle, it is impossible to carry out agricultural work.

But there is still the problem of providing seeds — here our agricultural industry is significantly dependent on imports.

Probably, officials should not rest on their laurels, reporting on a record harvest.

We must immediately respond to the difficulties faced by farmers. After all, problems are accumulating, creating systemic risks for the entire industry. And if nothing is done now, then the grain harvest of the current year may turn out to be the last abundant, its level will become unattainable in the future.