“Quite different positions of the countries are now very close”

From 26 to 27 June, the G7 summit will be held in Elmau Castle in southern Germany. In addition to discussing the situation in Ukraine, the member countries of the association will consider issues of food and energy security, as well as a sharp increase in inflation around the world. The prospects for the upcoming G7 meeting were assessed by an expert. 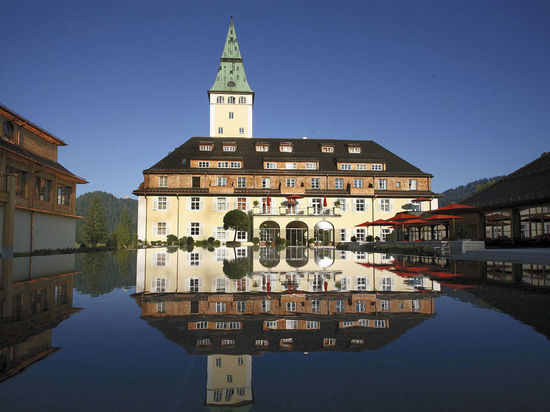 In order to improve security at the upcoming summit at the Ellmau Castle, located near the German resort of Garmisch-Partenkirchen, Germany is temporarily restoring border controls. Such restrictions are aimed at preventing potential criminals from entering the country ahead of the meeting of the leaders of the association.

“Therefore, during this period, travelers may face checks,” the German Interior Ministry said in a statement.

< p> The department said that checks will be carried out at the “land, air and sea internal borders of the Schengen zone of Germany” depending on the situation. This means they may be more intense in certain areas or on certain dates.

The introduction of such security measures was welcomed by the Minister of the Interior of Bavaria, Joachim Hermann. “This decision was absolutely necessary,” the head of the department said, adding that the all-German internal border control proved its effectiveness at the 2015 G7 summit, which was also held at Elmau Castle. “The global political situation has deteriorated again compared to that time,” added Hermann. “Therefore, Germany must do everything possible to keep criminals out.”

The venue for the talks between the leaders of the world's most developed economies deserves a separate discussion. Alpine Luxury Hotel Schloss Elmau (“Castle Elmau”) is located in the very south of Germany near the Austrian border. On the one hand, its location is very secluded, but, on the other hand, the meeting place of the “Seven” is not too far from Munich.

The castle hotel was built between 1914 and 1916. Its owner, the writer and philosopher Johannes Müller, was condemned by the Allies during the denazification process after World War II, because he glorified Hitler verbally and in writing during the Third Reich, and his castle was confiscated by the US Army. But in the early 1960s, Muller's children reclaimed the facility. Today the castle belongs to Dietmar Müller-Elmau, grandson of Johannes Müller.

The hotel was badly damaged by fire in August 2005 and renovations took until mid-2007. The refurbished hotel has received many awards and is known as one of the finest residential properties in the world. The main building of the hotel has 115 rooms and suites. Next to it, about 100 meters away, there is another hotel, more “chamber” – it was opened on the occasion of the 2015 G7 summit. There are 47 rooms for VIP guests, the rest of the accompanying persons live in the castle.

Schloss Elmau has several spas, half a dozen indoor, outdoor and rooftop pools. There is also a large oriental hammam where guests can relax, chat, drink tea or enjoy a massage. The hotel's nine restaurants (including Luce d'Oro, which has earned two Michelin stars) offer a wide range of cuisine.

Funnily enough, the five-star castle hotel doesn't have air conditioning. The new case uses a cooling block, but it creates only a negligible temperature difference. And in the main building there are no devices refreshing the atmosphere at all – you can only hope for fresh mountain air. The eco-friendly hotel has ditched plastic packaging, with soaps and shampoos filled in china bottles and snacks in glass jars.

But the main thing is still not the place, but the goals and objectives of holding a meeting of leaders of the richest countries in the world in the Bavarian Alps in luxurious interiors. The participants of the upcoming G7 summit will hold seven plenary sessions. The leaders of the G7 (USA, Britain, France, Germany, Italy, Canada and Japan) intend to discuss the problems of the global economy, infrastructure issues, food and energy security, as well as the aggravation of the situation in Ukraine. Even before the meeting, the parties announce their proposals through various channels.

Thus, the United States authorities are going to present new measures aimed at increasing pressure on Russia in connection with the situation in Ukraine. “We will put forward a concrete set of proposals to increase pressure on Russia,” a senior US administration official told reporters during a telephone conversation.

In addition, the G7 leaders will discuss a set of measures to reduce dependence on energy from the Russian Federation. “I expect the parties to talk about what steps we can take to further reduce Russia's energy revenues, and how we can do it in a way that stabilizes global energy markets and reduces disruptions and pressures,” the spokesman added. American administration.

A senior official, who asked not to be named, stressed that the G7 leaders also plan to discuss how to inflict “maximum pain” on the Russian authorities while minimizing adverse consequences for the rest of the world.

Meanwhile, the host of the summit, German Chancellor Olaf Scholz announced his intention to discuss the contours of the “Marshall Plan for Ukraine” at the summit with the leaders of the G7. The politician hopes that the member countries of the association will be able to form a united front of long-term support for Kyiv.

Speaking in the German parliament, the chancellor said that “the restoration of Ukraine will be a task for several generations.” According to him, billions of dollars will be needed to finance this process over many years.

In addition to the G7 member states, India, South Africa, Argentina, Indonesia and Senegal were invited to the meeting to participate in separate thematic sessions. President of Ukraine Volodymyr Zelensky will take part in the talks via video link.

At the invitation of German Chancellor Olaf Scholz, Indian Prime Minister Narendra Modi will take part in the upcoming summit. This was previously notified in the Indian Foreign Ministry. “During the summit, the Prime Minister is expected to speak in two sessions, during which the topics of environment, energy, climate, food security, health, gender equality and democracy will be raised,” the message says.

< p>Vice-President of the Center for Political Technologies, Professor of the Higher School of Economics Alexei Makarkin is sure that the G-7 summit has significant significance for the Western world.

“And we see this, for example, in the same attitude of its participants to the Ukrainian crisis,” MK comments. – Quite different positions of the countries have now become very close. At the same time, if we are talking about the influence of the G7 on world processes as a whole, then here the West has to build relations with China and India, sometimes play on the contradictions between them and, perhaps, even strive to somehow strengthen them.

At the same time, it is important to understand that both Beijing and Delhi take into account the factor of the West. They simply cannot ignore it because they are embedded in the global economy. Moreover, right now they are the main enthusiasts in it.” China and India also cannot ignore the interests of the G7. They constantly interact with Western countries, compete in some ways, sometimes swear, but they do not go into open conflict with them.

According to the expert, it is quite difficult to talk about the usefulness of the G7 summit: after all, what is good for one person is harmful for another. If you take, for example, a Democratic voter living on the East Coast of the United States, he will see the benefit of such a summit. You certainly can't say the same about a supporter of former President Donald Trump from Alabama.

“At the same time, the countries participating in the G7 already have some current plans, but there are also promising ones,” the political scientist continues. – For example, military support for Ukraine is the current plan. As for the “Marshall Plan” for Kyiv, it is rather promising. The fact is that at present it is simply impossible to implement. This can only happen after the end of the conflict.

Plus, it is necessary to take into account the internal political situations in the countries participating in the association. If we are talking about France, then the elections were just held there. Elections in Italy are scheduled for 2023. Therefore, the margin of safety of the local Cabinet is quite high. Few people want to change the government before the elections. But politicians are already starting to take aim. More recently, a split occurred in the Five Stars party. This happened just after its leader and ex-Prime Minister of Italy, Giuseppe Conte, became more reserved about supporting Ukraine, while Foreign Minister Luigi Di Maio, on the contrary, became more active. Di Maio left the party because he was in the minority. Therefore, the party will already be looking closely at the 2023 elections, where it will focus on voters who are primarily interested in domestic political problems.”

The expert stressed that there are also many disagreements within the association: between the US and one side, and France, Germany and Italy on the other. However, today, in the context of supporting Ukraine and confronting Russia, they still have more in common.

“The peculiarity of the West is that it is elastic,” summarizes Alexei Makarkin. – Countries make mistakes, fall into crises and recessions from time to time. But due to internal elasticity, they always find a way out. And now, as far as I understand, they are counting on the fact that they will succeed again.”