135 years ago, on July 18, 1887, Vidkun Quisling, a famous Norwegian politician and collaborator, was born. After World War II, he was found guilty of treason against the Norwegian state and other crimes. Shot in Oslo on October 24, 1945. In the West, his name has become synonymous with betrayal. But in the real biography of Vidkun Quisling there are many other interesting details.

It can be said that the life of young Quisling began with a heroic deed. As a schoolboy, he risked himself to save a drowning girl. He studied well, and in 1905 he entered the Norwegian Military Academy, receiving the highest score among applicants. The following year, Vidkun was transferred to the Norwegian military college, from which he graduated with excellent results — the highest score since the founding of the college in 1817. There is nothing surprising in the fact that such a young officer was appointed to the General Staff, where he began to rapidly advance along the military-diplomatic line. 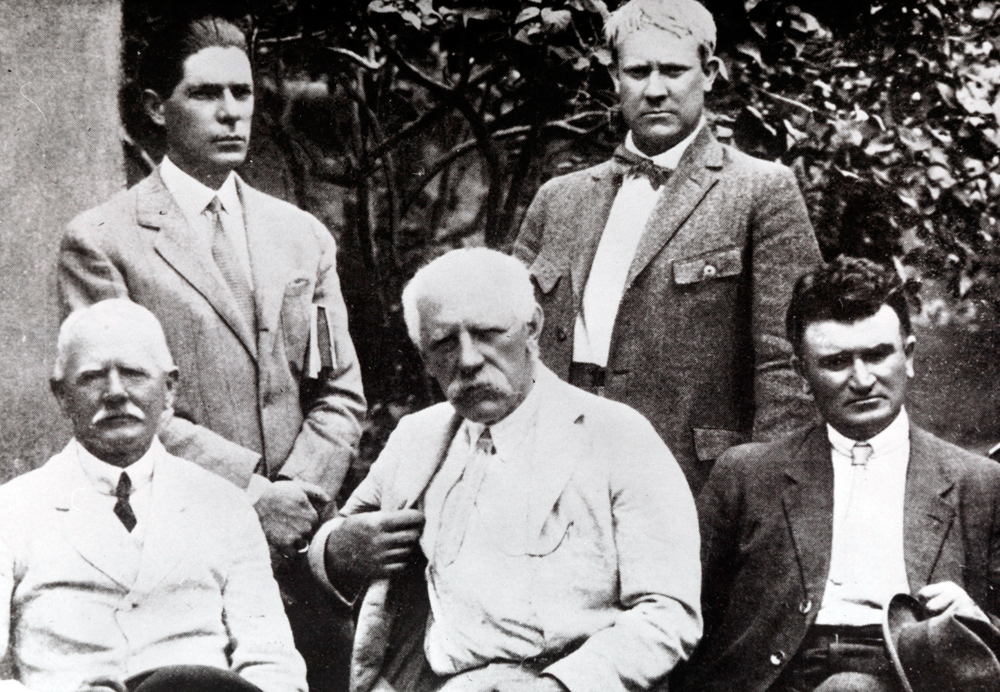 Vikdun Quisling (standing on the right) and Fridtjof Nansen (sitting in the center), 1925 Photo: Commons.wikimedia.org

Back in the early 1910s, Quisling began to study Russian, so already in For 30 years he was appointed military attache at the Norwegian Embassy in Soviet Russia. Quisling's living conditions in our country were depressing, but the future Norwegian Fuhrer was never Russophobic and even admired the Jew Leon Trotsky for how he managed to mobilize the Red Army. Quisling left Russia at the very end of 1918, but not for long. In the early 1920s, he became a member of a humanitarian mission organized by the famous Norwegian polar explorer Fridtjof Nansen to help the starving in Soviet Russia.

To ministers with a tarnished reputation

But Quisling's political career was replete with scandals. In the mid-1920s, he tried to get closer to the Norwegian Workers' Party and even offered to create workers' detachments, which he himself was supposed to lead. Such proposals from a regular intelligence officer looked at least strange. Quisling was considered a provocateur and agent of British intelligence.

The fact is that, while working in the Norwegian diplomatic mission in Moscow, Quisling represented the interests of Great Britain in the USSR at a time when all relations between our country and Great Britain were severed. The British, by the way, awarded Quisling the Order of the British Empire (later the English King George VI deprived the chief Nazi of Norway of this award). Quisling's reputation was also thoroughly tarnished by the scandal with his attempts to resell antiques, which he bought cheaply in the USSR. In addition, many of the paintings that he presented as creations of great masters turned out to be fakes.

In May 1930, after Nansen's death, Quisling published an article describing ten points in Nansen's vision of Norway. Among them, in particular, were “a strong and just government”; and “special attention to race and heredity.” That year, Vidkun Quisling and entrepreneur Frederik Pritzorganize the Scandinavian Folk Sunrise in Norway movement. This movement set the main goal — “destroy the infiltrated and corrupting communist influence.” In 1931, Quisling was appointed Minister of Defense of Norway.

Quisling showed enviable activity not only in political life, but also in the intimate sphere. In 1932, all the newspapers in Norway wrote about the sensational “pepper case” when an unidentified attacker armed with a knife burst into the office of the Minister of Defense. He attacked Quisling, blinding him with ground pepper thrown in his face. Quisling later stated that this was an attempt to steal classified documents. Opinions are divided on this matter. Some believed that the whole affair was staged, but many believed that the attacker was the jealous husband of one of Quisling's cleaners, to whom he paid increased attention. 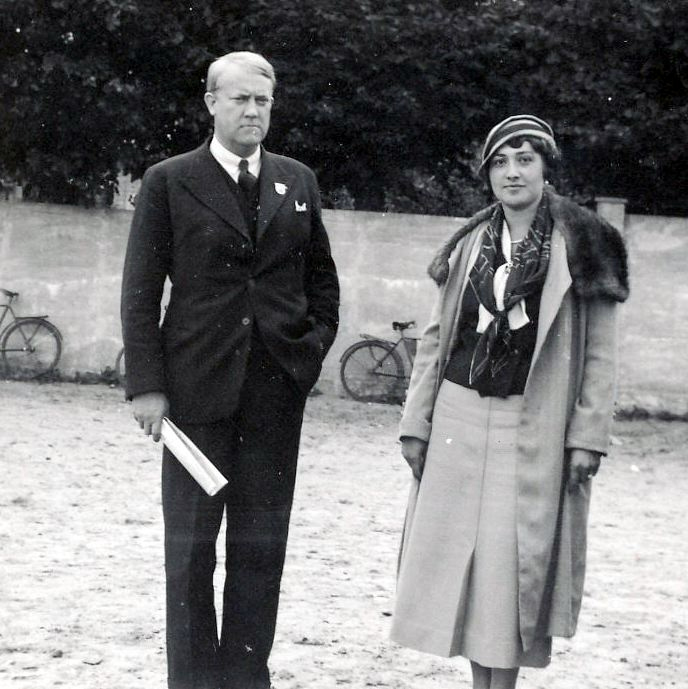 Quisling showed himself most violently in the erotic sense in the USSR. During his stay with the humanitarian mission of the League of Nations in Kharkiv, he met Alexandra Voronina. She was a telephone operator for the Pomgol Central Commission and initially met with Quisling so that he could practice his Russian. The practice went far, and in August 1922 Quisling registered a marriage with Voronina. The young wife had just turned 17, and her husband was twice her age. In September, the newlyweds left Kharkov, and in February of the following year they returned there to continue their work at the Nansen Mission.

In Kharkov, Alexandra asked Vidkun to find a job for the daughter of family friends Maria Pasechnikova. Maria got a place on the telephone switchboard. And there, like Alexandra, she met Quisling. He also married her, without divorcing, however, with his first wife. Such a group marriage, later called the “Swedish family”, was for that time out of the ordinary act. It is not known for certain how Quisling dealt with the wives. He left for Europe with Alexandra, followed by Maria, who received a passport from the Nansen organization in the name of Mary Quisling. The marriage of Alexandra Voronina was annulled by the Russian Orthodox Church in 1933. 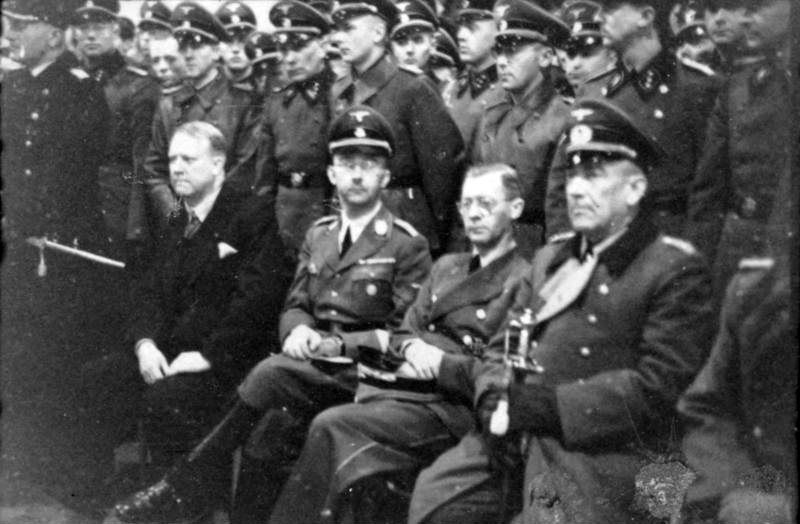 Ferer — not the Fuhrer

On May 17, 1933, the day of the Norwegian Constitution, with the help of the German Nazis, the National Unity party was created. Its ideology was a strange mixture of democracy and National Socialism. In the parliamentary elections held in the same year, she won only 2% of the vote, and in the future, her share only decreased. Quisling received party ticket No. 1 and took the position of ferer (Norwegian Forer — leader) in the party. But the new leader wanted to stand not at the head of any one party, but of the whole country. At the same time, when the Second World War began, the focus on Great Britain was more popular in Norwegian society, and not on Nazi Germany. Nevertheless, Quisling sent Hitler 50th birthday greetings and thanked him for “saving Europe from Bolshevik and Jewish domination.” At the end of 1939, Quisling went to Berlin to see Hitler. The German leader liked the Norwegian leader, and the Nazis demanded that King Haakon proclaim Quisling prime minister.

German troops invaded Norway on the morning of April 9, 1940. The new head of government immediately called on the Norwegians to lay down their arms, and called resistance to the Germans criminal. Josef Terboven appointed Reichskommissar for Norway, which became the actual owner in the country. Quisling was destined for the role of a puppet. When he asked for the creation of an independent, but allied German army of 50,000, he was refused. As a result, thousands of Norwegians became part of the Norland SS divisions. and “Viking”, who fought on the Eastern Front. Under Quisling, concentration camps were created in Norway, in which, first of all, communists, socialists and Jews were kept. Strikers could be executed or imprisoned. 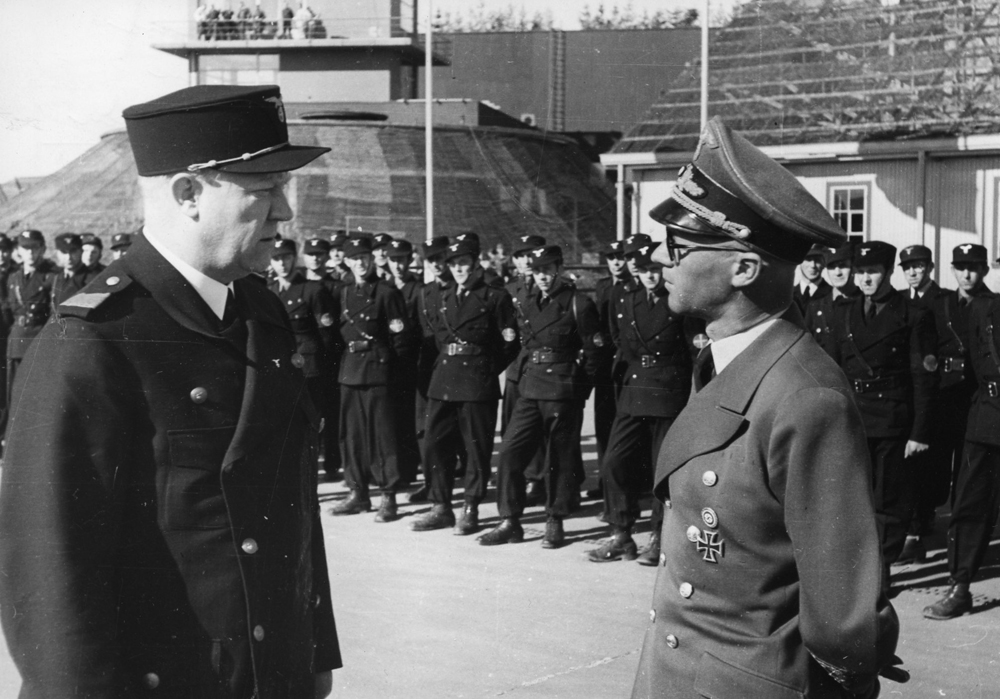 The occupation of Norway ended on May 8, 1945. On the same day, Josef Terboven and the Higher SS and Police Leader in Norway, in order to avoid arrest, committed suicide by blowing themselves up with a grenade. The next day, Vidkun Quisling was arrested at his residence.