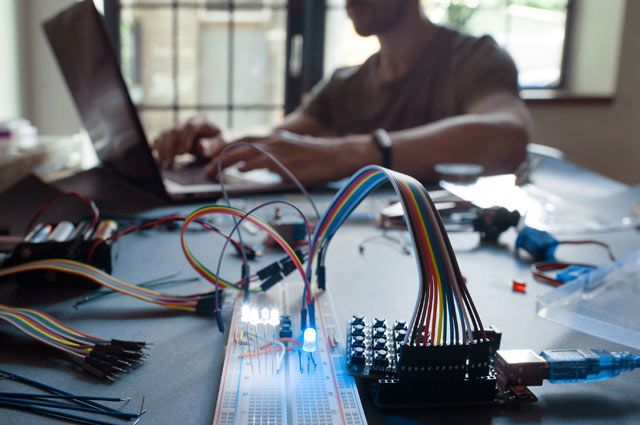 On June 20, the admission campaign to higher educational institutions starts. For many applicants, the main criterion when choosing a university is the opportunity to engage in science.

As part of the national project “Science and Universities” new laboratories are being created in leading scientific and scientific-educational organizations. They open up great opportunities for starting a scientific career for young scientists.

At the moment, 500 new youth laboratories have been opened. According to the Minister of Science and Higher Education Valery Falkov, one of the main goals of their creation is the return of talented scientists from abroad. At the same time, our compatriots not only returned to Russia, but also young scientists from India, China, Italy, Iran, who headed open scientific divisions.

Until 2024, it is planned to create another 400 laboratories equipped with the most modern equipment. The proportion of researchers under 39 will be at least two-thirds. The range of scientific research will be extremely wide. Scientists will work in such areas as biology, genetics, medicine, mathematics, physics, chemistry, robotics, ecology, agronomy, economics.

In 2021, a research laboratory & laquo; robotics and intellectual management systems & raquo;. Here they are engaged in developments in the field of mathematical and software and hardware support of autonomous underwater robotics systems.

one of the most high-profile and successful projects & mdash; underwater manipulator complex with a vision system. “Now we are going through the last stages of handing over work to the Ministry. The project lasted three years, we achieved significant results & nbsp; and, importantly, gained practical experience in implementation, & mdash; tells head of the laboratory, head of the department “Informatics and control in technical systems” SevGU Alexey Kabanov. — We have created an underwater vision system, our partners — underwater manipulator. We were able to apply our algorithms to it, integrate them into this complex, after which we were convinced, already in the experimental pool, that the control algorithms work.

Alexey graduated from Sevastopol State University, defended his thesis in 2011. He was able to reformat an ordinary educational laboratory into a student design bureau, which is open not on a schedule, but when students need it. We also managed to equip it with the necessary equipment — 3D printers, laser engravers, scanners.

The young scientist dreams of making his department and its team visible on the map of world science. “Among the world growth points in the field of robotics, Sevastopol should be designated,” — says Alexey Kabanov.

In 2021, a laboratory for phytoremediation of technogenically disturbed ecosystems was opened at the KemSU. It is led by a young researcher Lyudmila Alyaskina, a member of the world-class scientific and educational center “Kuzbass”, which also works on the national project “Science and Universities”.

The activity of the laboratory is connected with the purification of the natural ecosystems of the Kemerovo region (air and soils disturbed by coal mining) from various types of pollution — hydrocarbons, heavy metals, etc. A team of scientists is developing effective systems «plant — rhizospheric bacteria. They are needed to create products that are in demand in environmental biotechnology and the agro-industrial complex. These are biological products for the reclamation of technogenically disturbed soils, plant growth biostimulators, microbial preparations that form favorable microbiomes in a narrow soil layer adjacent to the roots of crops.

Such studies are relevant for Kuzbass. The high rates of industry development in the region cause significant damage to the natural landscape. The areas occupied by the dumps of coal sections are devoid of fertile soil layer. According to expert estimates, the area of ​​violated lands in Kuzbass is 120-150 thousand hectares. The development of scientists will help restore the violated soils, on the one hand, and reduce the carbon mark of the region’s enterprises, on the other. & Nbsp;

Quantum technologies attract a lot of attention from researchers in Russia. In this area, not only fundamental science is developing, but also the first applied implementations of products are taking place. For these purposes, the Northern (Arctic) Federal University. M.V. Lomonosov opened the “Laboratory for diagnostics of carbon materials and spin-optical phenomena in wide-gap semiconductors”. It conducts comprehensive studies of carbon materials with various methods & mdash; spectroscopic, microscopic, x -ray.

one of the developments & mdash; monocrystalline diamond plates with environmental centers. They can be used in various quantum technologies and devices — such as quantum gyroscope, magnetometers, navigation devices. It is such diamond plates that can be an excellent resource for creating a quantum computer. “This is a computing machine that will be not just many times, but billions of times more powerful than the computers that exist now,” — explainshead of the laboratory, Doctor of Physical and Mathematical Sciences Dmitry Makarov.

Synthetic diamonds — Very promising and demanded material that is successfully used in various fields. But in order for the diamond to be used in a quantum computer, its structure must be modified & mdash; introduce nitrogen atoms, create so-called vacancies. This is what they are doing in the new youth laboratory opened at NArFU named after M. V. Lomonosov.